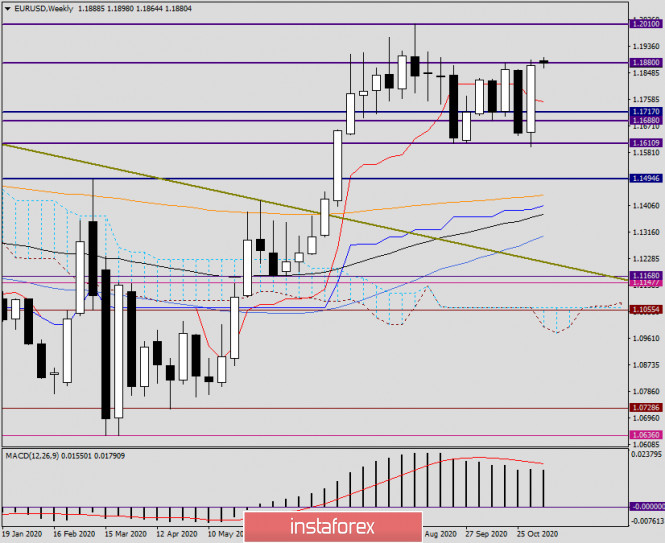 The main topic of recent times, of course, was considered and is considered to be the presidential election of the United States of America. The official results of the US election have not yet been announced, however, the leaders of many countries have already sent their congratulations to the democratic candidate Joe Biden. To date, Biden has 290 electoral votes, while Trump has 214. As has been repeatedly suggested in previous articles, both candidates will not recognize the election results if they are defeated. This is exactly what happens. Donald Trump considers the election dishonest and believes that some of the votes of his supporters were stolen from him. The main motive for such statements was the notorious postal voting, in which the vote count can be easily manipulated.

Despite the fact that the 45th President of the United States has fairly high support among ordinary Americans, the establishment and the media repaid him in the same coin, and long before the official results of the vote were announced, they recognized Joe Biden’s victory. As we remember, Trump promised to drain the Washington swamp and called many American media fake. It was under Trump that the term “fake news” became so popular. I believe that Trump was let down by his typical self-confidence, and he miscalculated. Draining the Washington swamp is impossible because it is the establishment that controls almost all economic and political processes both inside the United States and abroad. This is already the case. And the tricky electoral system was invented by the American elite for a reason. What kind of democracy in the States can we talk about when the number of electors includes “their own people” of one side or another. However, this is another and very difficult and voluminous topic for a separate article.

As for the election results, Donald Trump is not going to give up. The current President of the United States has already filed a lawsuit for a recount of votes, and legal proceedings may be delayed. Meanwhile, many European leaders have already rushed to congratulate Biden on his victory and kneel before the new American President. They are well aware that many decisions will not be made by the almost 80-year-old “sleeping Joe”, but by the pseudo-democratic elites who stand behind him.

According to experts, in order to become President of the United States, a candidate only had to get 270 electoral votes, and Biden already has 290. In my personal opinion, it is unlikely that anything will change, and Trump will not be able to remain for a second term as a result of the recount. It is very inconvenient for the American elite. Personally, I’m sorry, because nothing good can be expected from Biden and those behind him. The aggressive foreign policy of the United States will not only continue but also increase. For example, long before the election, Biden called Russia “enemy #1”. The situation around the Iranian problem will become more complicated, and many other independent states will be even more aggressively imposed so-called democracy through color revolutions. In general, the world is facing difficult times. But Trump knew everything and before the election, he repeatedly spoke about possible fraud and knew exactly what they could be. Once again, I would like to express my personal opinion that Donald Trump was let down by excessive self-confidence. We will return to the topic of the US election results and their analysis, and now it’s time to move on to the technical part of this article.

As expected, the US election overshadowed data on the US labor market, which was published last Friday and turned out to be very positive. As a result of the euphoria caused by Joe Biden’s unofficial victory in the presidential election, the US dollar fell heavily, and a large bullish candle appeared on the weekly EUR/USD chart with a closing price of 1.1872. Although this is slightly below the resistance level of 1.1880, I believe that its breakdown is a matter of time, and the nearest one. Nothing good is waiting for the US currency, and the dollar is likely to continue to lose its position in the foreign exchange market in general and in the pair with the euro in particular. If this assumption turns out to be correct, the euro/dollar may rise to the price zone of 1.1960-1.2000, where the further direction of the quote will be decided. 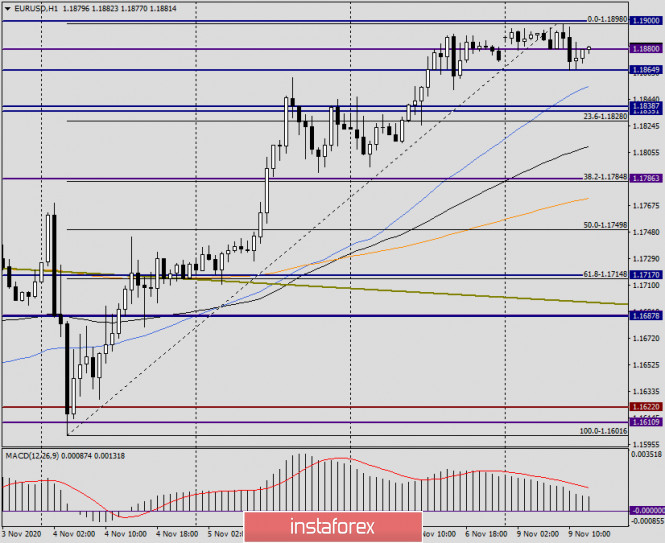 Today, the pair has already corrected to the area of 1.1865, after which, apparently, it intends to resume the upward trend. However, the course correction may continue to the area of 1.1855-1.1830, where 50 MA and 23.6 Fibo from the rally of 1.1601-1.1898. In the current situation, the main trading recommendation is to buy a pair that is better to open from current prices or after a decline in the selected area. If the price resistance zone of 1.1900-1.1917 appears reversal patterns of Japanese candles on the hourly 4-hour or daily charts, this will be a signal to open sales, but for now only in the expectation of a correction or rebound of the quote. That’s all for now. Tomorrow we will outline the important macroeconomic events of this week, return to the situation with the results of the US elections, and also touch on other important topics.

GBP/USD analysis on December 28. EU representatives: there should be a...

Bernie Sanders Turns A Viral Moment Into Donations By Creating A...

How to Visit Coron, Palawan Under the New Normal

EUR/USD: euro bends under the load of problems, but does not...

Overview of the EUR/USD pair. November 19. US election: the clowning...