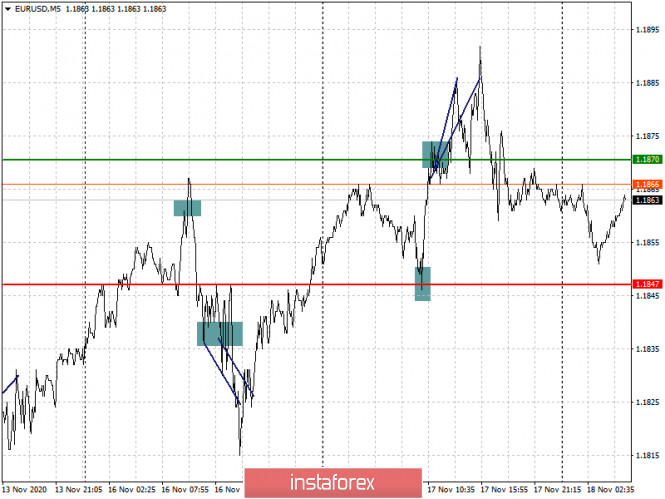 Analysis of transactions in the EUR / USD pair

Yesterday, the European currency disappointed with its wrong sell signal at 1.1847, which led to a loss, but was thankfully compensated by the buy signal at 1.1870. Then, after reaching a new local high, demand for the euro dropped sharply, and this is mainly due to the negative news in Europe. According to reports, Poland and Hungary suddenly decided to block the approval of the EU budget and the stabilization fund, which will be discussed further at the EU summit tomorrow. To add to that, the persistent rise of COVID-19 infections around the world adds pressure on the euro, even despite the fact that there are positive reports about a vaccine.

Today, particular attention will be drawn to the report on EU inflation, where the consumer price index is expected to decline in October this year, which is rather bad news for the European Central Bank. But if the data turns out better than the forecasts, the euro will continue to grow with renewed vigor, which will lead to new monthly highs in the EUR / USD pair. If the data is disappointing, the pair will remain in a sideways channel, and it is quite possible that the pressure on the euro will increase, depending on how the report diverges from the expectations of economists. 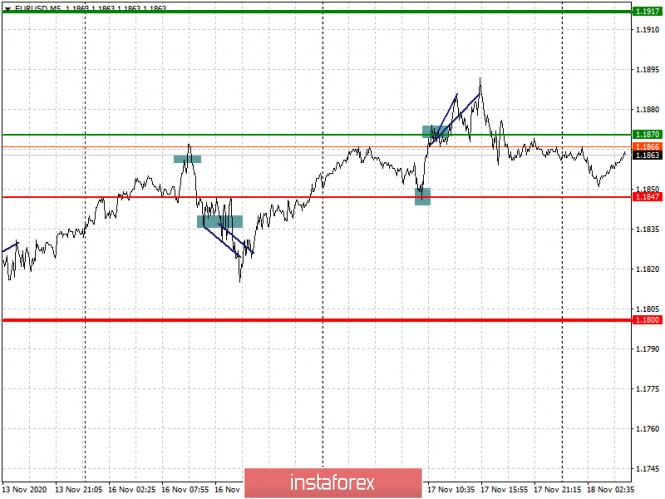 Analysis of transactions in the GBP / USD pair

Attempts to sell the pound at 1.3208 did not lead to much success, so most short positions yesterday saw losses. Meanwhile, long positions from 1.3230 were highly profitable. The total growth to more than 65 pips, of which it was actually possible to take half. The first upward move was about 25 pips, and the second was 35 pips. However, demand for the pound remains subdued due to uncertainty over the direction of the Brexit trade agreement. 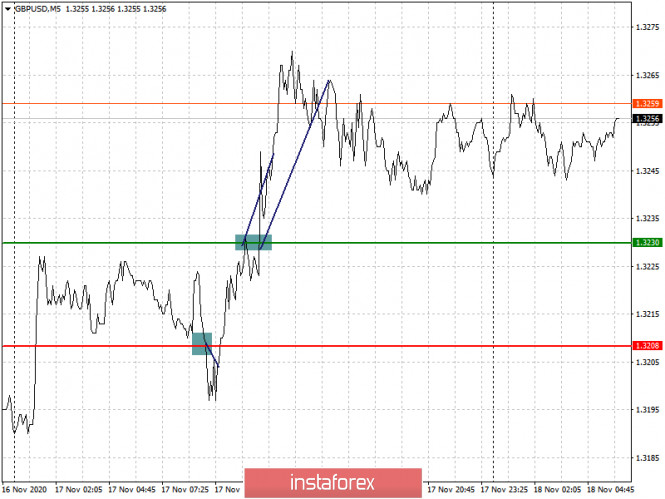 The position of the pound shall rely today on the statements from the Bank of England. If its governor, Andrew Bailey, leaves key rates unchanged, the British pound will continue to rise. But if he resorts to negative rates, the pound may come under pressure.

A report on UK inflation will also be published, where the data on CPI comes out better than the forecasts, a new upward wave emerge in the GBP / USD pair. But if the data turns out weaker than expected, a downward correction will begin. 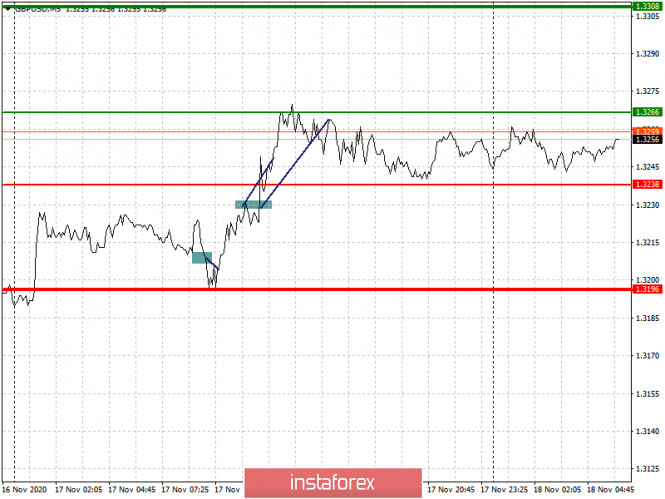 This Event Planner Generated Over $2 Million In Sales For Black...

US market drops amid new risks