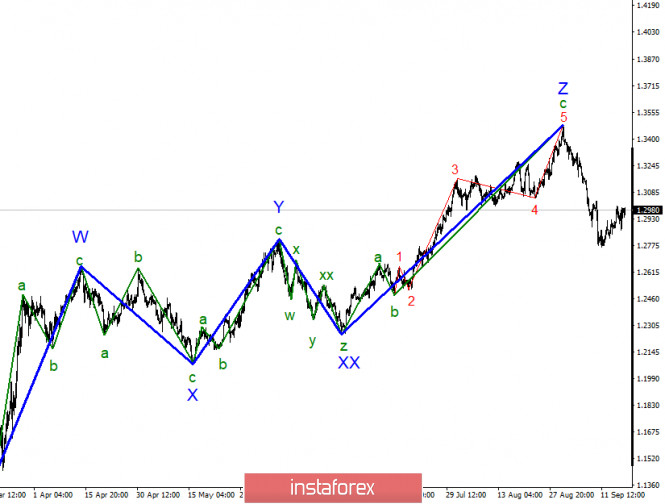 Analysis of GBP/USD on September 18. The Bank of England was extremely pessimistic.

In the most global terms, the construction of a new downward section of the trend continues. The retreat of quotes from the reached lows suggests the construction of wave 2 as part of this section. Thus, the increase in quotes may continue in the area of 32 and 33 figures, since the decline in wave 1 was quite strong. The news background is now of great importance for the British. If the flow of disappointing news resumes from the UK, the demand for the British dollar may fall again, which will lead to a resumption of the decline in the instrument’s quotes as part of a new impulse downward wave. 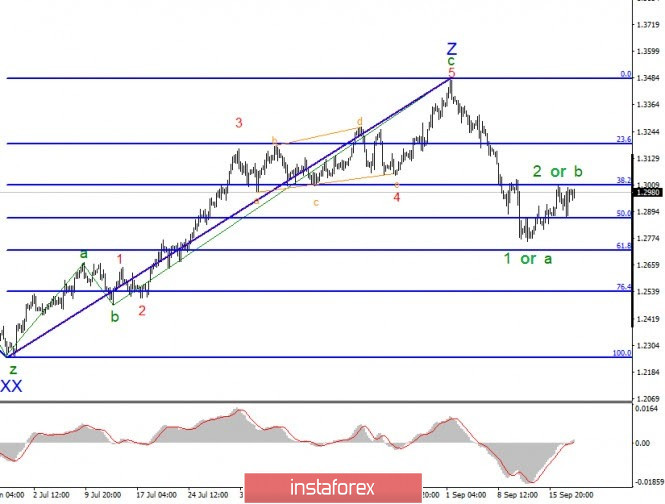 During the last trading day, the GBP/USD instrument gained only a few basis points, which was not enough to take the level of 38.2%. An unsuccessful attempt to break through the level of 38.2% suggests that the decline may resume in the near future, and the entire wave 2 or b will take a very shortened form. If this is true, then the British dollar will start to get cheaper again. Wave 2 or b, however, can take a three-wave form, but wave 1 or a does not look like a pronounced five-wave. Thus, the probability of a new decline in the British dollar is very high.

The Bank of England during yesterday’s meeting did not make any important decisions that could affect the movement of the British dollar and demand for it. Overall, the tone of the Bank of England’s cover letter was very pessimistic. The regulator did not note the high rate of economic recovery (as the Fed did), and said that the possibility of introducing negative rates is being considered, as well as the risk of an increase in the unemployment rate. Thus, although no “dovish” decisions were made or announced, nevertheless, the results of the meeting can be entered into the pound sterling as a liability. The only thing that saved it from a new fall is that the decline since September 1 has already amounted to more than 700 points. However, it is still difficult to imagine what can save the British pound from a new fall. The main problem for the UK is not the current state of the economy, however, it is the fact that it has absolutely no positive prospects. A quarrel with Brussels may come back to London in 2021, and the absence of a trade agreement will continue for a very long time. Thus, the pound and its buyers simply cannot be optimistic about the future. Moreover, now, obviously, a fairly long upward section of the trend has been completed, so almost everything speaks in favor of the fact that the British dollar will resume its decline.

The pound/dollar instrument presumably completed the construction of the upward wave Z and the entire upward trend section. At the same time, there is a high probability of building a correction wave 2 or B, which could also have already completed its construction near the level of 38.2%. An unsuccessful attempt to break this mark allows the markets to start selling the instrument with targets located around 1.2721 and 1.2539, which is equal to 61.8% and 76.4% according to Fibonacci, based on the construction of the third wave.

GBP/USD: plan for the European session on October 19. COT reports....