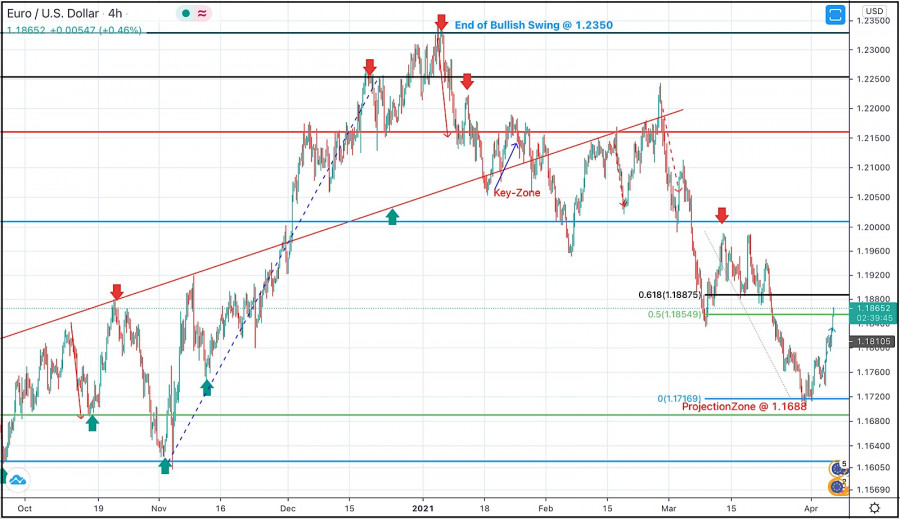 In late February, a recent bullish spike has pursued towards 1.2150 – 1.2175 (backside of the broken channel limit) where bearish rejection was previously anticipated.

However, a Short-term sideway movement was initially demonstrated above 1.1850 enabling a bullish movement to take place towards 1.1970-1.2000 which constituted a prominent Supply Zone.

Shortly after, the EURUSD pair has launched the current bearish decline below 1.1820. Further bearish continuation is expected to pursue at least towards 1.1690 or at least few pips above.

Around 1.1690, a high probability bullish trade could be taken around it, a bullish pullback should be expected towards 1.1850.

Any bullish pullback towards the price zone of 1.1850-1.1880 should also be considered for SELLING the Pair.

Your 2020 Holiday Party Will Look Different, But You Can Still...

How long will the US dollar strengthen?

Technical analysis of EUR/USD for December 24, 2020

ACA Opens Special Enrollment Period in Response to COVID-19: What You...

Overview of the EUR/USD pair. March 11. Two global factors that...