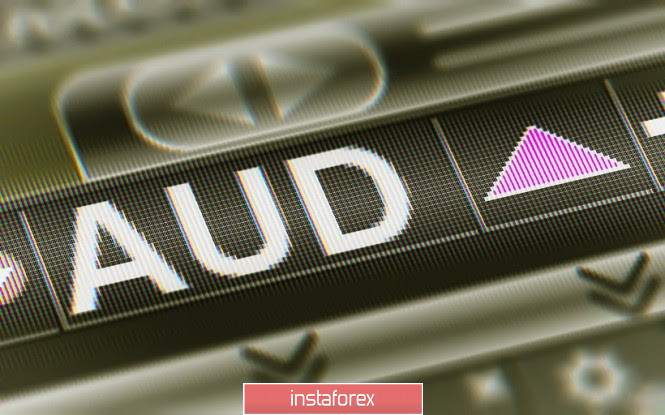 AUD / USD. The Australian dollar is still in shape, while the impact of Non-Farm payrolls will soon weaken

The Asian session this Monday passed quietly and imperceptibly against the backdrop of an almost empty economic calendar. Last Friday’s events still have a certain influence on the dynamics of today’s trading, but in general, the market is frozen in a flat, waiting for the next news impulses. The Australian currency was also no exception: in pairing with the dollar, the Aussie traded in a 30-point range, reacting to secondary macroeconomic reports. High volatility should not be expected today – on Monday the American and Canadian trading floors will be closed, as these countries celebrate Labor Day. This means that the AUD / USD pair will spend this day in a “defense-in-depth,” unless near-market events (primarily of a political nature) provoke price fluctuations.

During the Asian session, the AIG (Australia Industry Group) index of activity in the services sector (the Australian analogue of PMI) was published, which in August remained below the key 50-level mark and showed a slight decline relative to the July value (42.5 points in August against 44 points in July). By and large, no surprise given the coronavirus pandemic in Australia and the lockdown in the country’s largest state, Victoria. In general, this indicator has been under the 50-point mark since December last year, that is, before the coronavirus crisis, so today’s recession has not caused much excitement among traders.

The market was rather still about the other macroeconomic report. The ANZ (Australia and New Zealand Banking Group) vacancy index plunged to 1.6%. The situation got worse only this spring, at the height of the pandemic – then the indicator went deep into the negative area. After this, in June of this year, there was a sharp rise followed by a sequential decline. The August figures were another confirmation of the difficult situation on the labor market. And although traders are primarily guided by the official data, the above report cannot be ignored. ANZ is the fourth largest bank in Australia and its macroeconomic calculations are noteworthy.

That is why the pair AUD / USD moved away from the borders of the 73rd figure, even though at the start of trading the Aussie was trying to return to this price area. In spite of the fact that the above reports from AIG and ANZ are secondary, they still had a negative impact on the mood of traders, especially against the backdrop of an empty macroeconomic calendar and low liquidity.

And yet, in my opinion, the “Aussie” retains the potential for its growth – primarily due to the vulnerable US dollar and due to the commodity market. Greenback received some support on Friday following the release of August’s Nonfarm payrolls. The unemployment rate has dropped significantly, while wages, on the contrary, have grown. The number of people employed in the non-agricultural sector also increased to 1.371 million. In other words, the US labor market showed good dynamics, supporting the dollar.

However, the influence of Nonfarm payrolls can be short-term. The Fed’s (Federal Reserve System) updated strategy will continue to exert background pressure on the greenback, especially if Friday’s US inflation data goes into the red zone. Based on the example of past years, we know that the labor market can grow against the background of low inflation. This fact, in the current conditions, will play against the American currency. Even Janet Yellen, when she was the chairman of the Federal Reserve System, said that the weak growth of inflation indicators with a significant increase in the number of employees and an increase in wages is a real “headache” for the members of the regulator. Therefore, strong Nonfarms should not attract dollar bulls because the real test for the greenback is yet to come.

The background support for the dollar was provided by the latest news from the US political “front.” So, according to the latest polls, former US Vice President Joe Biden widened the gap with the incumbent President Donald Trump. According to the Financial Times, the leader of the Democrats can collect 269 electoral votes, while the leader of the Republicans – only 122. But in this case, the dollar bulls did not take into account one important nuance: nine states of the country have still decided who they will vote for. And they make up a total of 147 electoral votes. Therefore, it is still very early to talk about Biden’s victory, taking into account the “many unknowns” in this political equation. 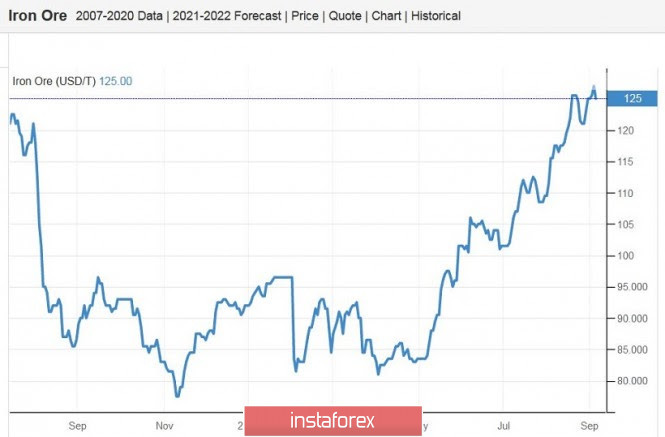 The Australian dollar, in turn, enjoys the support of the Reserve Bank of Australia, in spite of everything maintaining a “wait and see optimistic” position. This allows the Australian dollar, paired with the US currency, to focus on the greenback’s behavior – the RBA in this case does not serve as an “anchor” for the AUD / USD. In addition, the commodity market continues to support the Aussies. The cost of a strategically important commodity – iron ore – remains above $100 on the back of increased demand from China.

All this suggests that in the medium term, the AUD / USD pair retains upside potential, which means that long positions can be considered during downturns with the main target of 0.7380 (the upper line of the Bollinger Bands indicator on the daily chart). Buyers of the pair tested this level several times, and even briefly entered the area of the 74th figure – but eventually returned home. Therefore, when approaching the 0.7380 mark, it is advisable to close the longs, fixing the profit.

Technical Analysis of EUR/USD for October 15, 2020

Technical analysis of USD/JPY for December 08, 2020

Oil falls on concerns about supply and demand

Trading recommendations for the EUR/USD pair on August 21