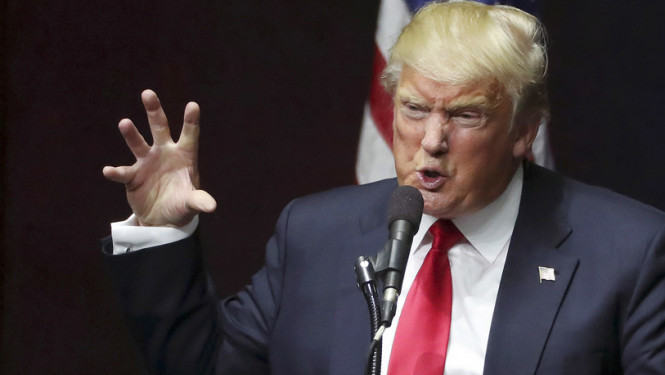 On November 7, after Joe Biden had announced his win, the authorities of more than 50 countries began to congratulate him on his victory. The prime minister of Fiji was the first to express his congratulations. He was followed by the heads of Ireland, Canada, Greece, Belgium, Great Britain, Germany, Finland, Austria, Spain, France, Argentina, Italy, Iceland, Poland, Ukraine, Sweden, Denmark and other countries. The NATO Secretary General, the President of the European Union, and the Director General of the World Health Organization also sent their best wishes. Today, it became known that China also congratulated President-elect Joe Biden.

Today, the news broke that Biden also won in the state of Arizona, where it took a long time to determine the winner – both candidates were on par in terms of the number of votes. Same thing happened in Nevada and Pennsylvania, where Biden eventually took the lead. The final results are still unknown in North Carolina and Georgia.

Moreover, in the state of Georgia ballots are going to be counted manually in each county due to Donald Trump’s allegations of fraud. Consequently, the final results will be known by November 20. According to CNN, in Georgia, Joe Biden initially got 49.5% of the vote, and Donald Trump received 49.2%. However, many experts believe that the recount is unlikely to change anything, since one state will not be enough.

The final election results will be officially announced on December 8. Until that day, all disputes regarding the counting of votes must be settled.

Donald Trump is still refusing to recognize Biden’s victory and intends to challenge the election results through the courts. Trump assures the public and judges that his observers were not allowed to the polling stations in Michigan, and that illegal ballots were counted in Pennsylvania. However, direct evidence of violations was never presented. So, there is hardly any hope for Trump to win the election and prove anything in court. One way or another, Biden is currently leading by a margin of several tens of thousands of votes in several states at once. Therefore, an organized recount of votes will hardly change the situation.

If Joe Biden wins the election, Donald Trump will remain President of the United States until January 20, 2021. Before that, he may well appoint key ministers and issue executive orders.

A new president usually appoints about 4 thousand civil servants, of whom 1.6 thousand candidates will be subject to thorough scrutiny by the Senate before taking office, without whose approval their appointment is impossible. Today, the majority in the Senate belongs to the Republicans.

The Biden administration, if he ultimately wins, will have to prepare an agenda for the near future, that is, to voice specific reforms that it intends to implement in the first place. This will be followed by the approval of new candidates for the main positions in the Senate.

The team of the president-elect has a right to receive financial assistance from the state. Biden’s transition team, by the way, includes about 500 people. The allocation of money is supervised by the General Services Administration, or GSA. The government has reserved about $6 million to organize the transit of power. GSA is in no hurry to provide these funds to Joe Biden, since his victory is still only rumored and not officially approved by the states and the Congress.

However, Biden said that he was not going to rely on financial assistance from the state, planning to come to power without the support of the current administration.

Tesla maintains its bullish rally after selling half a million cars...

USD/JPY Reversal About To Happen

No change in Gold outlook

Pandemic-Proof: How To Grow Your Business and Create Brand Exposure Through...

Low activity in the market remains due to fast approaching US...