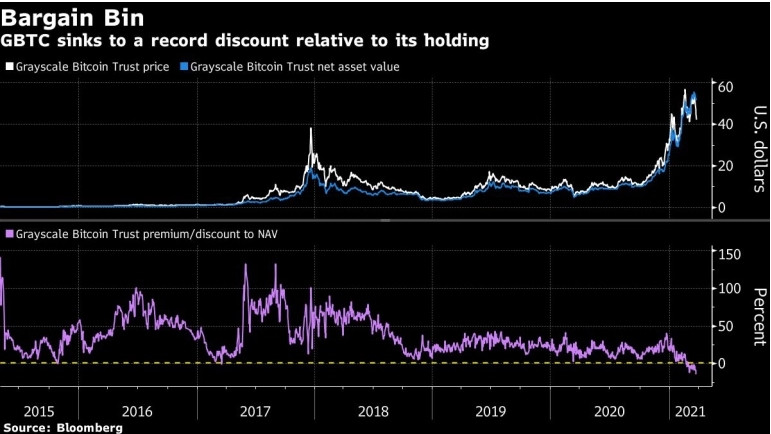 The value of the Grayscale Bitcoin Trust (ticker GBTC) has fallen by about 20% this week. This is almost double the fall of the world’s largest cryptocurrency. GBTC closed on Wednesday more than 14% below the value of its core assets – a record discount, according to data compiled by Bloomberg.

“GBTC has a fixed supply and acts like a leveraged play on bitcoin,” said Bloomberg Intelligence analyst James Seyffart. “As price goes down, sentiment goes down, GBTC is going to fall further than Bitcoin. Same thing happens on the way up.”

Bitcoin fell to a two-week low on Thursday, marking its longest streak of declines since December. This decline has already begun to affect institutional and retail investors. A further drop may lead to the beginning of profit-taking by large market participants and the beginning of panic sales, as in 2017-2018.

Technical Analysis of GBP/USD for December 10, 2020

9 Tools To Help You Grow Your Business Post-Pandemic

Who are the new One Show presenters? BBC announces two new...

Technical Analysis of BTC/USD for September 15, 2020