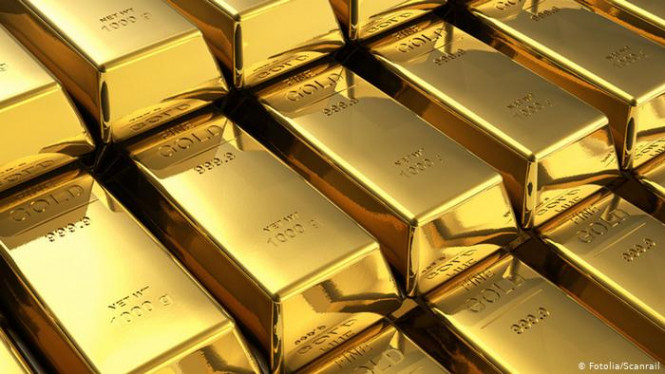 Do not hurry to trade gold

At the moment, the price of precious metals is undergoing a correction stage, which began in August. In one day, the cost of precious metals reached historic highs, but then fell again. So, gold lost 11% of its record price in August, and silver dropped by 27.45%. Some gold miners were hit even harder.

Inexperienced investors rushed in and, as a result, lost up to 50% of their investments. Nevertheless, the gold market is moving upward. However, it is still unknown whether gold will set a new record. Experts are confident that silver may surpass $50 per ounce in the future.

An important tip for investors: it is necessary to buy gold during a fall and wait patiently for the price to rise.

Now, those investors who have suffered losses are afraid not to return money. This applies primarily to those who bought gold in July and August. After prices of gold and silver slumped, their yields were in the red zone.

Due to the high volatility of the price of silver and gold futures, investors often experience a panic attack that leads to rash decisions. There is no point to give in to emotions. This is the biggest mistake investors make. Very often, frightened investors sell their positions when an asset falls, instead of using the chance to build up their positions in it.

If, after all, it is difficult to cope with the emotions due to increased market volatility, then rely on gold. This precious metal is the least susceptible to external influences. So far, gold has been worth around $2,000 per ounce.

What affects the price of gold? Of course, supply and demand. But there is a number of other factors.

Gold does not collapse sharply like oil or the US dollar. Gold tends to rise or fall over the years. However, this information can be used in daily trading as well. If the general trend is downward, the trader can reasonably assess their prospects in the short and medium term.

As soon as exchange rates, quotes, company shares fall, the price of gold begins to rise. In particular, the US dollar’s decline against other reserve currencies is accompanied by an increase in precious metal quotations.

In addition, this precious metal is of great cultural value to people. The “wedding season” in India is a good example. From late September to January, jewelry sales are skyrocketing just because gold jewelry plays a key role in Indian weddings. In this regard, the price of gold also grows.

Gold has been the most reliable asset for many years. Until now, this precious metal is used as a protective asset. Analysts say the price spikes will continue until mid-December 2020. However, then the price will confidently rush up towards the new 2021. Most likely, at the end of the year, gold prices will continue to rise. Be attentive and patient.

6 Reasons to Start Investing Next Year

Q&A with sgLEADERS: Alicia Dicks, The Community Foundation of Herkimer and...