According to the CFTC report, the total short position on the dollar rose by 13% over the week, the weakening dollar is increasing, indicating weak concerns about the second wave of the pandemic. But even if the coronavirus returns, there will be no new restrictive measures – the global economy is not in a condition to survive another drop in GDP and world trade relatively safely.

However, a sharp increase in demand for protective assets looks more than real as of Monday morning. Despite the fact that Texas and Florida are introducing new restrictive measures very reluctantly (bars are closed in Texas and restaurant bandwidth is reduced, Florida prohibits alcohol and closes beaches in Miami for 10 days), other states are also preparing for some restrictive measures. In any case, the states of Washington and San Francisco declare that they suspend the lifting of previously introduced restrictive measures.

It is unlikely that current events will significantly affect the overall assessment of the situation, which suggests the beginning of recovery after a sharp failure in the 2nd quarter, however, the lack of a vaccine and overall understanding of how dangerous the second wave of the pandemic will increase the demand for protective assets. On Friday, banking sector stocks declined the most, and a number of banks are approaching the lower limits of capital standards. America’s 10-year bond yields fell to their lowest level since mid-May. The probability of growth in demand for the yen, gold and bonds is growing, oil may go below $ 40 per barrel at the end of the week, but at the moment, this scenario looks only corrective, so a deep drop in the prerequisites is not yet visible.

The RBNZ meeting confirmed “dovish” forecasts – the asset purchase program will increase to 90 billion, and this will happen in August. However, after the meeting, forecasts began to move even further towards further policy easing, so the traditional QE can be strengthened by some other steps, such as expanding the list of redeemable assets, primarily foreign ones.

The latest forecast will put pressure on the NZD if confirmation of the possibility of introducing such a step is received. In August, the RBNZ will have a more accurate picture, the central bank in the accompanying commentary presented the most streamlined formulations, which obviously indicates the lack of a clear understanding of the situation. 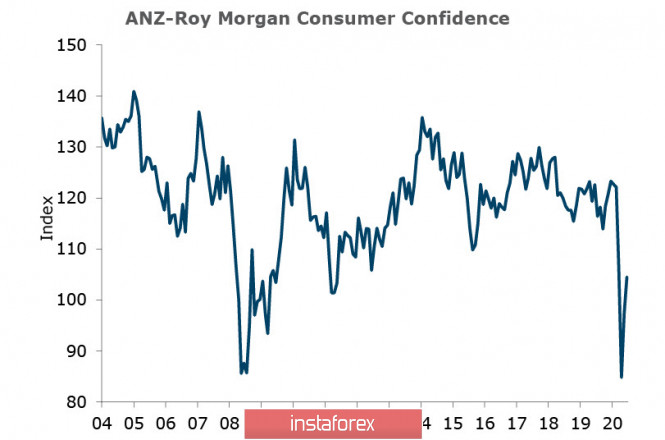 It is clearly early to rely on continued growth, since exiting restrictive measures has not yet brought the expected effect. Firstly, the previously accumulated problems are returning to the agenda, which already pushed the world economy to recession without any coronavirus, and secondly, the second wave is not ruled out, which will turn all forecasts upside down. At the same time, the total short position on the NZD is completely reset, the kiwi has started forming a long position, and the estimated fair price tends to increase. 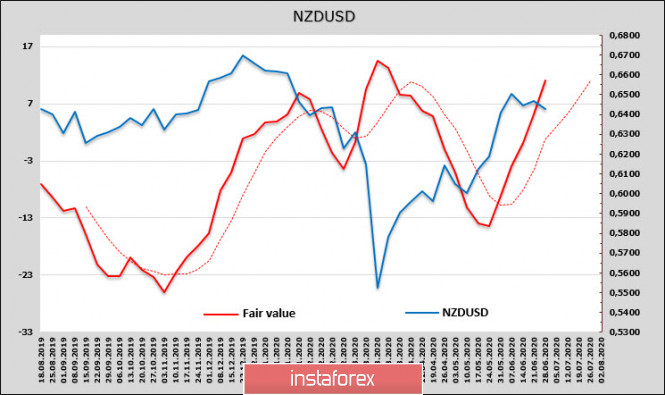 This means that it is highly likely that long-term support has been formed in the 0.6378/98 zone. The NZD/USD pair is pushing away from support and resuming growth.The nearest goal is 0.65, then an attempt to go above the maximum of 0.6533, then the goal is 0.6583. 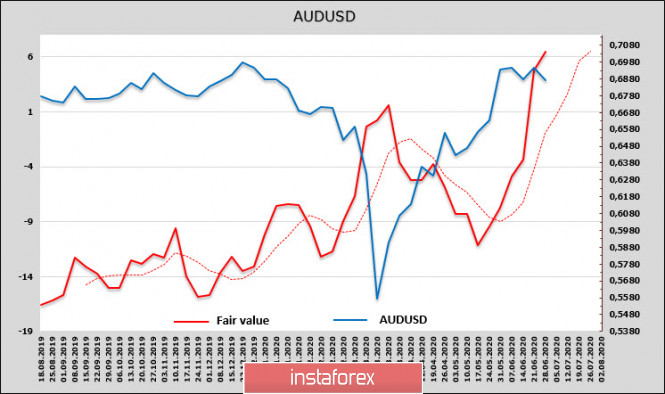 All indicates that after a period of consolidation, the Australian currency will continue to grow. The nearest resistance is 0.6920/30, then 0.6975, after which the impulse may increase. ABS Payrolls data will be released on Tuesday, further job recovery is forecast, and the data is expected to contribute to further growth of the AUD.

How to Keep Donors Engaged When Everything is Changing

Euro revived amid rising inflation in Germany, but not for long...