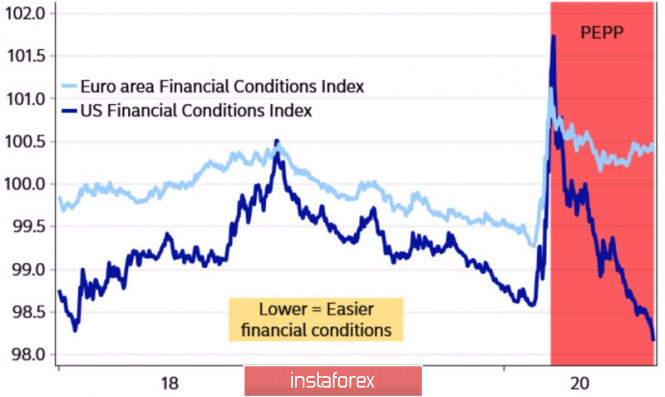 At the turn of summer and autumn, investors have again shifted their attention to the central bank’s monetary policy which was initiated by Jerome Powell’s speech at the Jackson Hole symposium. During the said symposium, Powell announced the Fed’s transition to a policy of targeting average inflation, which in fact was supposed to drown the dollar. In reality, the US dollar launched a counteroffensive after a series of dovish signals from the ECB, BoJ, BoE, and even RBNZ. The competitors of the Federal Reserve do not want to strengthen their own currencies, which could slow down exports in the face of weak external demand, inflation, and recovery of their economies. The European Central Bank has succeeded the most in this matter.

Philip Lane, in his recent speech, stressed that the ECB takes into account the euro rate when making forecasts, therefore, it affects the monetary policy, which is a bombshell effect. Furthermore, according to the Financial Times insider, other officials of the Governing Council share a similar opinion that the eurozone economy is the most open in the world, and the strengthening of the regional currency will create problems for it. It is likely that at the meeting on September 10, Christine Lagarde will want to develop this topic in order to knock the arrogance off the EUR / USD bulls.

Bloomberg experts expect QE to expand by € 350 billion, however, not only the scale of the program is important, but also the pace of asset purchases. In the summer these indicators declined which became one of the drivers of the euro strengthening. The acceleration of the indicator will contribute to the weakening of the regional currency.

At present, the ECB has plenty of reasons to continue the cycle of monetary expansion. For the first time in 4 years, the eurozone plunged into deflation. And, unlike the Fed, the European Central Bank has failed to improve financial conditions.

Dynamics of financial conditions in the USA and the Eurozone:

This means that in the next couple of months, macro indicators for the United States will surpass their European counterparts. Divergence in economic growth will stop playing on the side of the EUR / USD bulls, which increases the risks of a pullback. First of all, this will be reflected in the outstripping pace of business activity in some parts of Europe. And the growth of Donald Trump’s ratings will give strength to the US dollar.

Dynamics of the ratio of financial conditions and business activity: 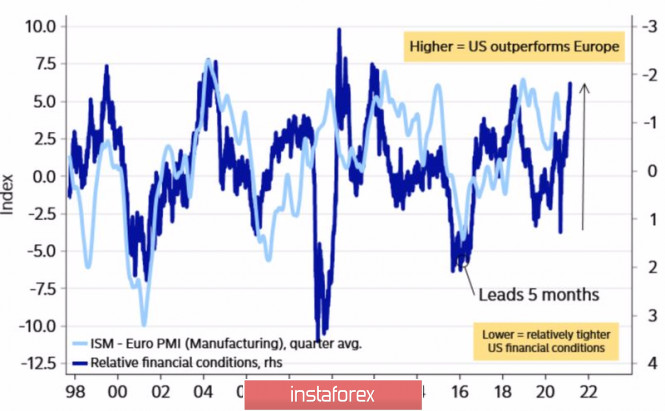 In my opinion, no one canceled the long-term bullish prospects for the euro, because the rapid recovery of China’s GDP, diversification of foreign exchange reserves, and capital inflow to the European securities market will play on its side, but a healthy EUR / USD correction will not hurt.

Technically, the formation of a combination of “Three Indians” and “Pin Bar” patterns signals high risks, if not a reversal of the bullish trend, then a pullback. The 127.2% target on the Shark harmonious trading model signals that the euro may sink to $ 1.16. However, for the levels of $ 1.172, $ 1.1675, and $ 1.162, buyers’ attempts may increase. Thus, short-term sales are relevant for the pair. Even if strong statistics on the US labor market for August take it above 1.19, the buyers’ positions may not take too long.

EUR/USD: Demand for euro to remain low in the market even...

EUR/USD: Bulls are fighting against the US dollar

Technical Analysis of GBP/USD for September 24, 2020

Cost of oil has been reduced due to multi-directional pressure

EUR/USD analysis on September 9. Democrats and Republicans are fighting again...

Apply For The Leading Global AgriFood Accelerator THRIVE By November 20,...

How long will the growth of the pound last?

Increase Your Work From Home Productivity With These Laptop Monitors

These Black Entrepreneurs Created A Honey Business In Honor Of Their...

Technical Analysis of ETH/USD for October 12, 2020