Dubai-based company D7 sets up a fund to support altcoins: should bitcoin be nervous

Spring has already arrived in our hearts and calendars, but the cryptocurrency market is still far from its dawn. For the second week now, the crypto industry has been experiencing a price correction that has hit all digital coins. Cryptocurrencies are trying to hold onto safe positions right now so as not to plunge further in price.

Meanwhile, the main critic of Bitcoin, but a supporter of the development of the digital asset market, announced financial assistance to altcoins. We are talking about the Dubai-based company D7, which criticized Bitcoin last week and sold $750 million worth of coins. The investment fund decided to go further and provide real help for the Polkadot and Cardano altcoins. D7 launched a $250 million dedicated fund to develop less media-based digital assets.

The main function of the fund will be to provide stable financial assistance to the developers of the Polkadot and Cardano projects located in India. Recall that these two cryptocurrencies, along with ethereum, are considered by D7 to be the main competitors of bitcoin. The company will invest up to $5 million in 50 companies annually. D7 also plans to strengthen the media component of altcoins by attracting non-fungible tokens associated with Polkadot and Cardano. Typically, such coins are issued by famous personalities for specific purposes or to enhance a personal brand. Such collaborations under the auspices of the two altcoins should increase user interest in these cryptocurrencies. It is also worth noting that all these efforts will be directed exclusively to the Indian market.

Despite a well-developed investment strategy and a clear definition of the audience, soon, altcoins will not be able to compete with bitcoin. At this stage of the formation of the cryptocurrency market, it is the first digital asset that plays a decisive role. And what is most indicative, with positive economic indicators and a calm information environment, the first cryptocurrency can receive several times more investments per week than the annual flow of D7 injections into Polkadot and Cardano. 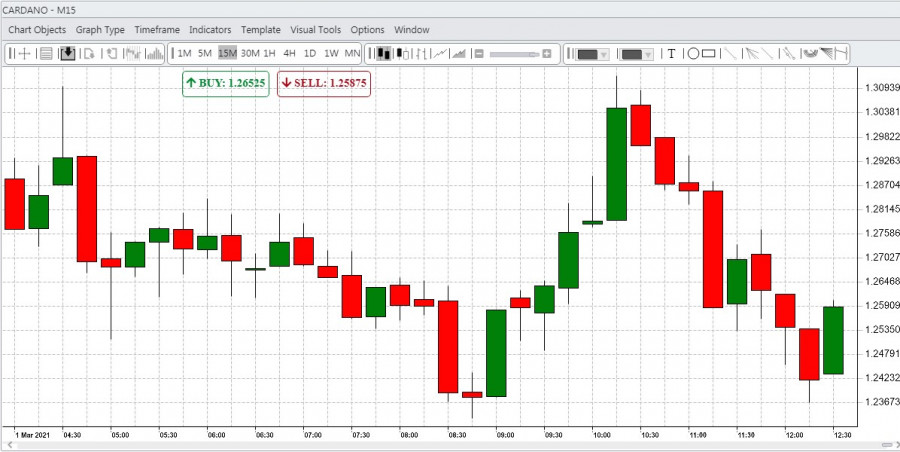 The situation may change in the future when the cryptocurrency market reaches certain growth rates, changes in volatility and functionality. It is likely that with such an outcome, each digital asset will have a specific functional purpose. One thing can be said for sure: despite the clear criticism of bitcoin, D7 is investing a lot of money in the development of the crypto market and expanding the possibilities of individual altcoins. This is an excellent prerequisite for such investments in the future because the only coin that receives such research and interest is the XRP token.

Trading recommendations for the GBP/USD pair on October 9

How Keke Palmer’s Instagram Videos Landed Her An Amazon Partnership