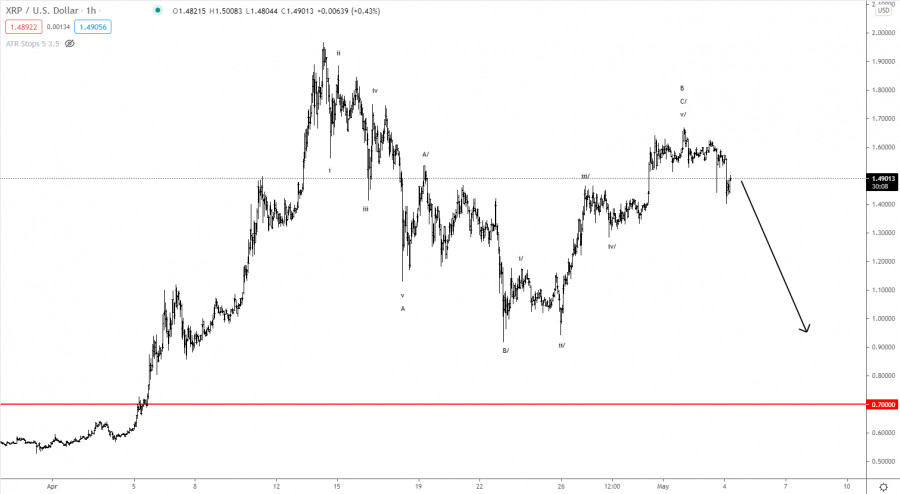 Elliott wave analysis of Ripple for May 5, 2021

We currently see two possible scenarios for Ripple. The first option shows Ripple being in a correction from the 1.9670 peak. We have seen wave A down to 1.1290 and wave B just completed at 1.6674 and wave C is now in motion for a decline close to 0.8294 to complete wave 4 and set the stage for a new impulsive rally in wave 5 higher to 3.3170.

No matter which of the two scenarios that proves correct the ultimate final outcome will be the same a final rally to above the peak of wave 3 at 1.9670.

Analysis of GBP/USD on November 6. US elections are more important...

Forecast and trading signals for EUR/USD on March 2. COT report....