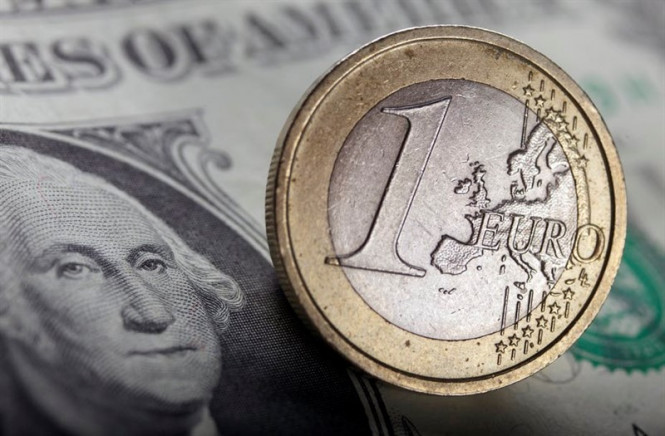 EUR rallying versus USD, but Fed may come up with surprise decision

The two-week advance of the US dollar is over. Now the greenback is slipping ahead of the Fed’s policy meeting later this week.

The market sentiment is lifted by the news from the pharmaceutical giant AstraZeneca. The company resumes its trials of the coronavirus vaccine which is is considered one of the most efficient jabs. The risk-on mood is putting pressure on the US dollar as a safe haven currency.

Its index is now on the defensive trying to hold at around 93 points.

Interestingly, investors seem to neglect the growing number of COVID-19 cases in Europe because the mortality rate remains low. In the meantime, national healthcare facilities cope well with such a number of infected people.

Last week, ECB President Christine Lagarde made comments that the regulator is monitoring the euro’s strength and its impact on inflation. However, her remarks were of little importance to EUR/USD. Meanwhile, the currency pair got into a more narrow trading range of 1.1750–1.1920, having pulled back to the values of the last week of August.

Now traders are sitting on the sidelines of the Fed’s policy meeting in the hope of finding some clues to further monetary policy.

Looking back on the Fed’s annual symposium in Jackson Hole in late August, Jerome Powell stated that the central banks gave up the idea of rate hikes in view of curbing inflation.

The FOMC is expected to review its outlook for further changes in interest rates. So, the official federal funds rate may be put on hold for the nearest 3-4 years, MUFG analysts say.

From their viewpoint, the likelihood that interest rates in the US could remain at near zero in the long-term is bearish for the US dollar.

On the other hand, experts at Standard Chartered think that the outcome of the Fed’s meeting could discourage dollar bears.

The Federal Reserve rejected the idea of monitoring the curve of the Treasuries yield as an option for the short-term monetary policy. It seems there is no consensus in the ranks of the FOMC on what to do with the expanding balance sheet, Standard Chartered makes its comments.

Technical Analysis of GBP/USD for November 5, 2020