As confirmed by the French prime minister’s department

There is now an estimated 1.6 million active cases and the real worry is that hospitalisations are steadily increasing, as have the number of deaths in recent weeks as well.

The number of hospitalization across Metropolitan France looks set to exceed the peak in April in the coming days as the trend continues:

After days of record number of daily cases (averaging ~48,000), France reported 20,155 cases yesterday over the last 24 hours. That could be in part a ‘Monday effect’ but France is also known to have some “bugs” in their data and play catch-up afterwards.

Analyzing the current trading chart of EUR/USD, I found that there is strong bearish engulfing pattern onm daily-frame, which is strong downside confirmation.

Our downside target at the price of 1,1780 has been reached and there is potential for the test of second target at 1,1625.

Watch for selling opportunities on the rallies…. 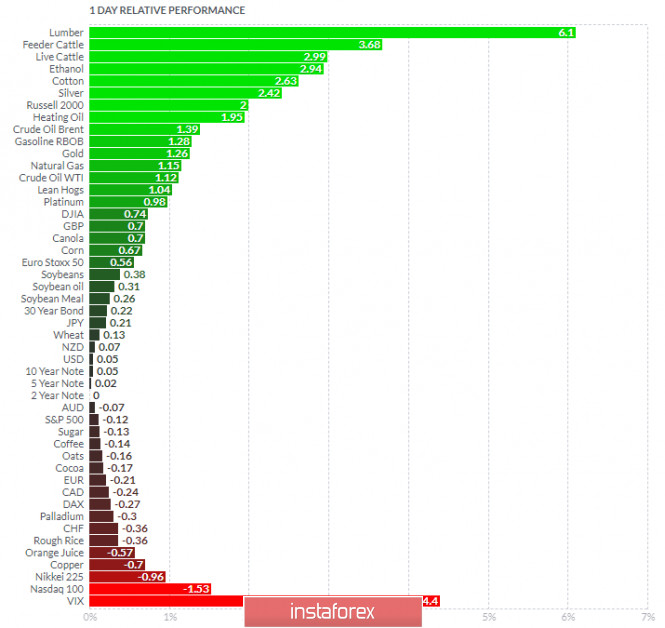 Based on the graph above I found that on the top of the list we got Lumber and Feeder Cattle today and on the bottom VIX and Nasdaq100.

EUR is negativee on the list but with potential for completion of the upside correction.

Technical Analysis of EUR/USD for December 31, 2020

Technical Analysis of EUR/USD for January 13, 2021