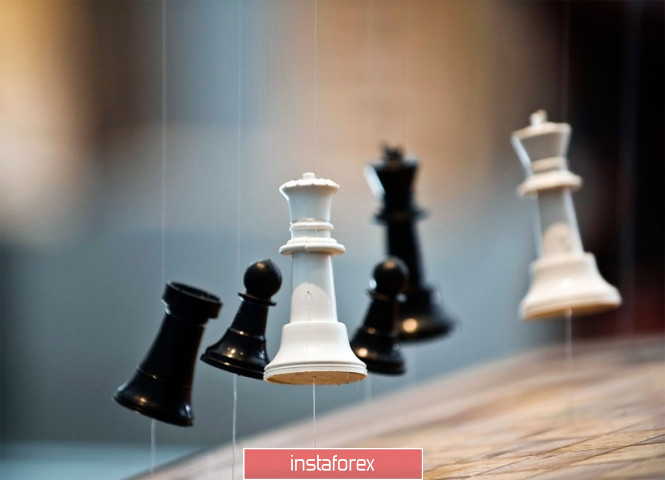 EUR/USD and GBP/USD: Bank of England might resort to negative rates. Central Bank leaders say that more decisive action is

In his speech, the head of the Federal Reserve, Jerome Powell, said the recovery of the US economy is going faster and stronger than expected. However, the problem on coronavirus remains, thus, the next few months will be challenging and largely defining. Updates on the vaccine will be favorable for the medium term, but as of now, the main task of the Fed is to respond to the current problems brought by the pandemic. Powell said that until the US breaks free of the destructive virus, the government has to make more decisive actions to avoid facing another downturn. This means that more fiscal policies should be implemented to achieve the best possible results.

A similar tone was said by the European Central Bank’s president, Christine Lagarde, but in her speech she emphasized that people should not put their guards down just because of the good news about a vaccine. She also said that she is against a complete lockdown of the economy, as such is not the best way to cope with the second wave of COVID-19. At the end of her speech, Lagarde reiterated that it is critical to maintain the current soft funding conditions, but said nothing about negative interest rates.

Meanwhile, Governor of the Bank of England, Andrew Bailey, said that he is looking for more innovative ways to use monetary policy, which indirectly suggests that the Central Bank may resort to negative rates in the future. As a result, the British pound dropped even lower in price, after declining due to weak GDP data in the UK. According to the latest report, the UK’s 3rd quarter GDP grew by 15.5% as compared to the last quarter, but if compared to the same period last year, the economy has sunk by 9.6%. And even if this figure is just the first estimate, it is unlikely that it will be significantly adjusted in the future. Nonetheless, Bailey said the current banking system is still weathering the crisis well, but for the best outcome to emerge, Brexit has to have a trade agreement.

With regards to statistics, a lot of economic reports were published yesterday, one of which is the data on US consumer prices, which upset many traders who bet on the further strengthening of the US dollar. According to the report, prices in October were the same as in September, and the small growth in catering was offset by falling prices for clothing and home furnishings. Since the growth in prices stalled, there is no doubt that the US economy is slowing down and is responding to the coronavirus pandemic. 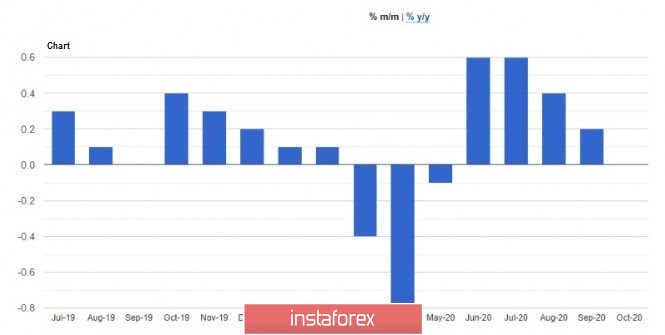 The consumer price index, which does not take into account volatile categories of goods, also remained unchanged, though economists forecasted a 0.1% rise in the overall index and a 0.2% rise in the core index.

But the most important data is the monthly growth of US budget deficit, which swelled by a staggering 111% in October. The main cause of this was the latest figures in federal spending and tax revenues, which the reports say increased to $ 522 billion and decreased to $ 238 billion, respectively. All in all, the budget deficit amounted to $ 3.3 trillion, which is about 15.5% of the US GDP.

As for the EUR/USD pair, there was a lull in the market yesterday, since none of the participants made efforts to determine the further direction of the pair. The euro will drop if the bears overcome the support level of 1.1745, especially if good reports on the US economy emerge today. Meanwhile, a consolidation above the resistance of the 18th figure will resume the upward trend, particularly towards the level of 1.1860. The further target will be the weekly resistance at 1.1915.

Forecast and trading signals for GBP/USD on January 28. COT report. Analysis of Wednesday. Recommendations for Thursday

Forecast and trading signals for EUR/USD on January 28. COT report. Analysis of Wednesday. Recommendations for Thursday

LeBron James and CNN To Produce Documentary On The 1921 Race...

GBP/USD and EUR/USD: Bulls are building up long positions at every...

North Carolinians come together to feed their communities

USDJPY vulnerable to a pull back below 103

US stocks rebound in best day since April