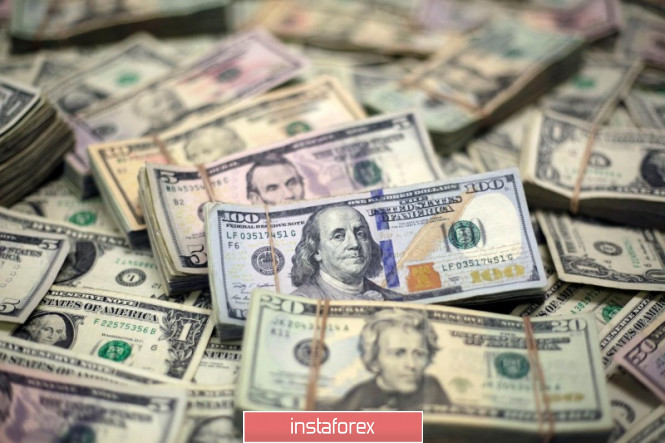 EUR/USD and USD/CAD: Expectations of a compromise between Republicans and Democrats are bringing back demand for the US dollar.

Rumors of a progress on the negotiations on a new aid package to the US economy increased demand for the US dollar. It led to a rather significant strengthening against the euro and the pound, in which the pound was particularly affected, losing more than 150 points in one day.

The main stumbling block on the creation of a new package was the disagreements on the amount of funds. Democrats are seeking for a $ 3.5 trillion package, while Republicans see little need for it. However, most recently, the leaders of the Democratic Party announced their readiness to reduce the size of the fund into $ 2 trillion, but the presidential administration is aiming to accept only an amount of $ 1 trillion. They signaled though that they are ready to raise the bar if necessary.

Thus, yesterday, the White House announced that unofficial negotiations between Republicans and Democrats are underway on the approval of a new aid package for the US economy. And now that a compromise is highly likely to happen, the dollar may begin to increase against a number of risky assets.

The speech of Fed spokesman Thomas Barkin also proves the general view of many leaders on the situation. The head of the Richmond Fed said that recent data show how the US economy is recovering, but its further course depends on the development of the situation with the coronavirus. Nonetheless, the Fed is committed to maintaining the economy, with which ultra-low rates are now advisable.

The Canadian dollar declined after data on annual inflation revealed to have eased in July amid widespread slowdown in price growth. Pent-up demand has ended, and the problems associated with the coronavirus and the slowdown in consumer activity have not disappeared, which led to a decrease in prices for food and services. According to a report, CPI in July rose by only 0.1%, lower than the expected 0.3% rise.

In addition, the return of wholesale trade to pre-crisis levels was ignored by traders, even if the indicator rose 18.5% in June and amounted to CA$ 62.06 billion.

Thus, for the technical picture of the USD/CAD pair, a breakout of the resistance level of 1.3230 will attract the bears to return and be active in the market, which will most likely lead to a price drop below the support level of 1.3185. Such is sure to bring the pair in the direction of the lows of 1.3135 and 1.3080.

Oil continues to stagnate, ignoring various reserve figures from the US Department of Energy. Such confirms the fact that traders are clearly interested in this trading instrument, especially after what happened during the height of the coronavirus pandemic. Nonetheless, the report indicates that US commercial oil inventories fell 1.6 million barrels to 512.5 million barrels over the week of August 8-14, but US oil inventories are still about 15% above the 5-year average. Economists had expected a more noticeable decline in US oil inventories, 2.7 million barrels from the previous week, so there was no market reaction to the data. Most likely, black gold will continue to be in a narrow price range of $ 41-43 per barrel.

Trading plan for US Dollar Index for September 30, 2020

EUR/USD. Dollar problems and Brexit for the euro

The sgENGAGE Podcast Episode 163: Prepping for a Virtual Audit

5 Reasons Not to Blame Yourself for Past Financial Mistakes

Technical Analysis of ETH/USD for October 27, 2020