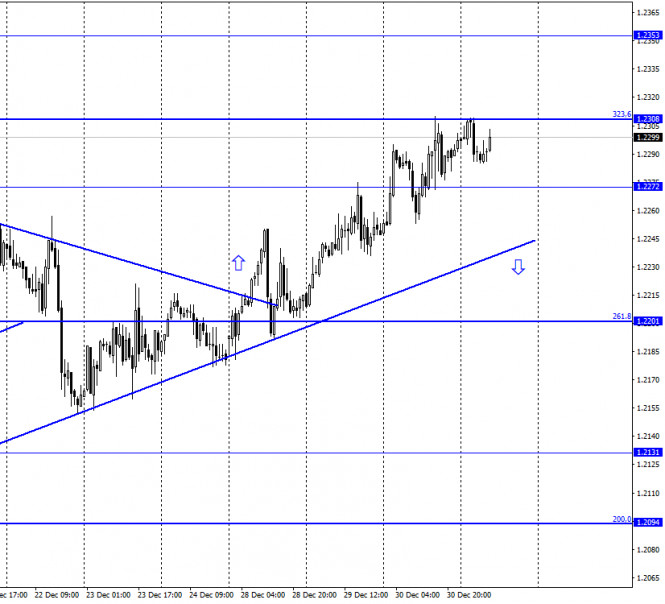 EUR/USD. December 31. COT report. The US Senate is going to overturn Donald Trump’s veto on the defense budget

On December 30, the EUR/USD pair continued the growth process to the corrective level of 323.6% (1.2308). The rebound of quotes from this level allows traders to count on a reversal in favor of the US currency and some fall in the direction of the level of 1.2272 and the ascending trend line, which continues to characterize the current mood of traders as “bullish”. The closing of the pair’s rate under the trend line will work in favor of the US currency. Meanwhile, the most interesting events are happening now in America. Several rather significant events have taken place over the past week. At first, Donald Trump refused to sign the budget for 2021 and the package of assistance to the economy. Then he signed these documents. And then blocked the defense budget by 2021, to impose the veto on it. Then the US Congress voted “for” an additional package of assistance to Americans and the unemployed, which implies an increase in the amount of payments provided for by the basic package from $ 600 to $ 2,000. Then the US Congress voted “for” the defense budget. And on January 1, the US Senate will meet to vote on the defense budget. If 2/3 of senators vote “yes”, then Trump’s veto will be overturned. And this will be the first time in all 4 years of Trump’s presidency when the Senate and Congress openly go against his will and override his veto. However, Trump will leave his post on January 20 anyway. He did not manage to do anything with the “completely rigged” elections. Therefore, senators and congressmen need to think about the future without Trump. The US currency reacts very painfully to these events and continues to fall. 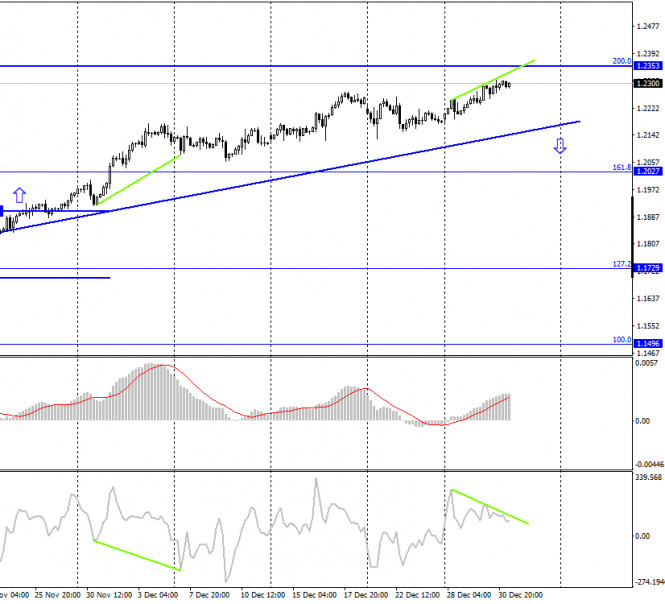 On the 4-hour chart, the pair’s quotes performed a reversal in favor of the euro and continued the weak growth process in the direction of the corrective level of 200.0% (1.2353). The pair’s rebound from this level will work in favor of the US dollar and the beginning of the fall in the direction of the upward trend line. The brewing “bearish” divergence warns about the possible beginning of a fall in quotes. 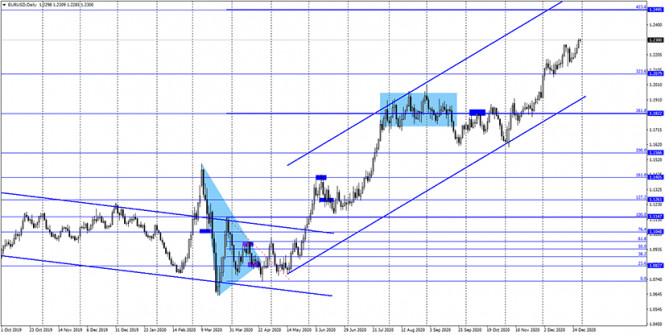 On the daily chart, the quotes of the EUR/USD pair continue the process of growth in the direction of the corrective level of 423.6% (1.2495). Until the moment when the pair makes a consolidation under the level of 323.6%, there are still high chances of growth. 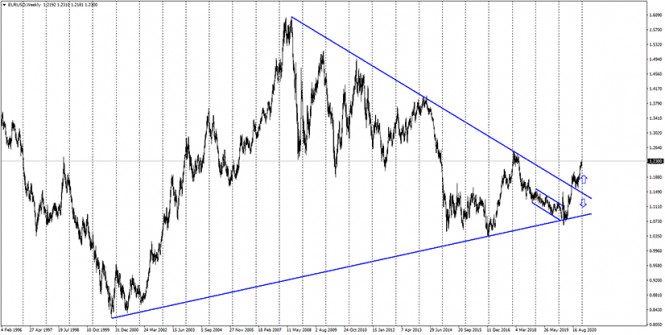 On the weekly chart, the EUR/USD pair performed a consolidation above the “narrowing triangle”, which preserves the prospects for further growth of the pair in the long term.

On December 30, there was no single important news or report in the United States and the European Union. There was no information background. Events unfold only in the US Congress and Senate, where deputies adopt several important documents and budgets at the end of the year.

News calendar for the United States and the European Union:

One report will be released in America on December 31. The information background will be weak today. 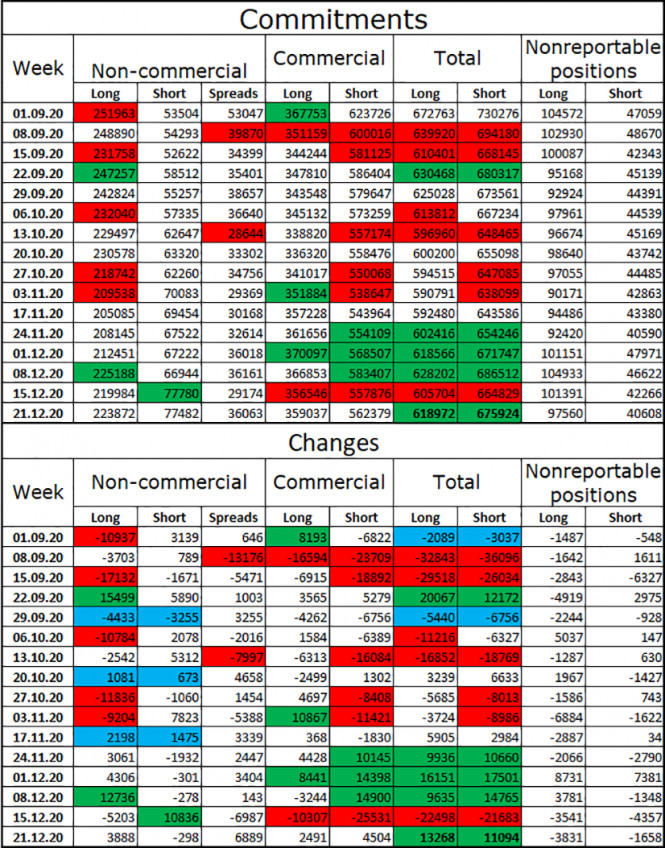 EUR/USD forecast and recommendations for traders:

Technical Analysis of EUR/USD for November 24, 2020

Become An Exceptional Leader Under The Best CEOs And Thought Leaders

Sheryl Underwood Speaks On ‘Healing’ After Sharon Osbourne’s Exit From ‘The...