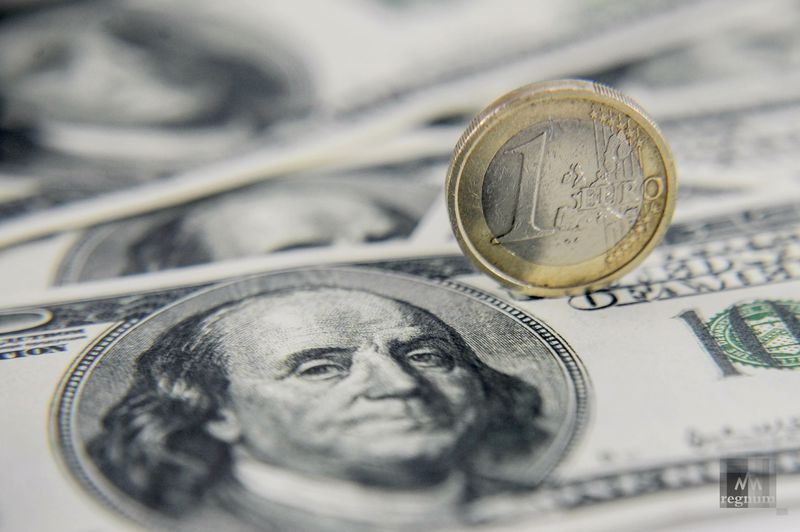 EUR/USD: dollar still feels like a fish in water, euro weakens in a hostile environment

In addition, the sell-off in the Treasury market, which stirred up the key US stock indices last week, noticeably slowed down, but did not stop.

Investors remain concerned that rising Treasury yields and rising inflationary pressures could destabilize the stock market, especially in light of the expected huge budget spending as part of the stimulus package proposed by US President Joe Biden.

The increase in the yield of US government bonds has traditionally supported the dollar: the higher the real interest rates in the United States, the more attractive the national currency becomes in the eyes of investors.

On Tuesday, the USD index reached almost its highest level in a month, rising above 91.39 points.

The dollar received support from strong reports on the US that were published the day before. According to the ISM, the index of business activity in the manufacturing sector of the country rose to 60.8 points in February from 58.7 points recorded in the previous month. The value of the indicator was the highest in the last three years.

“The U.S. economy will continue to recover from the COVID-19 pandemic this year,” said Thomas Barkin, head of the Richmond Fed.

According to him, vaccination against COVID-19, delayed consumer demand, a high level of savings of the population and the prospect of further financial assistance from the state suggest that the national economy is ready for a very healthy spring and summer.

The euro weakened against the dollar on Monday, even despite the upward revision of the indicators of business activity in the manufacturing sector of the eurozone for February – from 57.7 to 57.8 points. The EUR/USD pair continued to decline on Tuesday and updated four-week lows.

Investors seem to be leaning toward the U.S. economy’s better chance of a solid recovery thanks to a successful vaccination program and a $1.9 trillion stimulus package.

Traders also drew attention to the differences in the reaction to the rise in bond yields from the European Central Bank and the Federal Reserve.

The US central bank believes that this is a good sign, while its European counterpart sounded the alarm, thereby increasing pressure on the single currency.

“The widening spread between European and US government bond yields is likely to continue to put pressure on the euro-dollar exchange rate this week,” Societe Generale analysts said.

“Expectations that the US economy will grow at a faster pace than the European one this year, thanks to the more successful spread of COVID-19 vaccines and the Joe Biden administration’s fiscal stimulus, are reflected in bond yields. Therefore, there is no doubt that the momentum is in favor of the dollar and against the euro, ” they said.

BTC analysis for April 12,.2021 – TMajor resistance at the price of $61.000 on the test. Potential for the downside rotation

EUR/USD analysis for April 12 2021 – Potential for the downside rotation towards the support level at 1.1875

Analysis of Gold for April 12,.2021 – Brekaout of the mini upside Pitchfork channle and potential for more downside towards

#SupportLocal Likhang Maragondon: Heritage in your Hands, Crafted with Purpose

What is next for Ripple’s XRP?

Rapper DMX Has Died After Suffering a Heart Attack

Overview of the GBP/USD pair. April 12. The real consequences of...

Trading idea for the EUR/USD and GBP/USD pairs