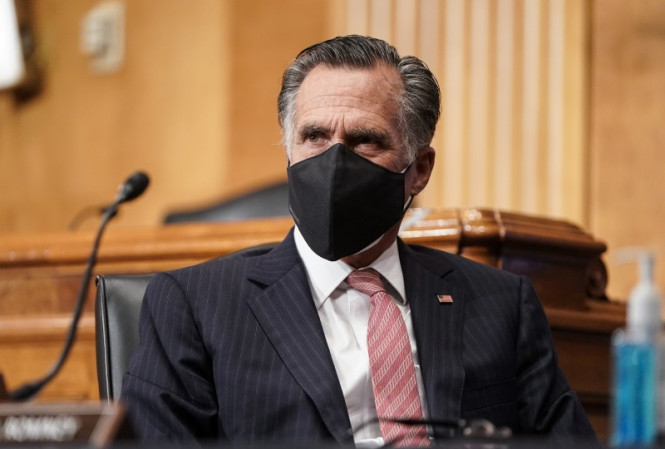 US dollar has grown weak amid hopes that the new administration, led by Joe Biden, will launch a larger stimulus program. Biden’s administration is expected to continue pushing a near $ 2 trillion plan to accelerate economic recovery, however, its adoption has one hindrance. This is the promotion through the Senate, where only two loyal Republicans can help him.

Aside from that, Biden and his candidate for Secretary of the Treasury, Janet Yellen, hinted that they will retain a super-soft fiscal policy this year, at least until a more stable economic growth begins. They also mentioned that the US will need more incentive measures and faster spread of the COVID-19 vaccine, which helped allay fears of higher tax rates under the Democratic administration. Yellen has pledged to “go bigger” on stimulus to revive the economy hit by the coronavirus pandemic.

But Biden’s proposed program has received a skeptical response from two Senate Republicans, whose support he will likely need to get through Congress quickly.

The media has repeatedly pointed out that Biden needs the support of Senators Mitt Romney and Lisa Murkowski. However, these two senators have said that “it is too early to consider a new stimulus program”.

“We have just adopted a program that has invested over $ 900 billion,” Romney told reporters yesterday, stressing that he does not yet see the need for a new economic stimulus. Meanwhile, Murkowski said she agrees with Biden that another round of assistance is needed, but it would take much longer to think over all the details of the new proposal.

On a different note, the European Central Bank will hold a meeting today, during which the members will discuss issues on monetary policy. Serious restrictions, which were introduced in November last year and may be extended this January, as well as slower vaccinations in the EU (against coronavirus) threaten a double recession in the EU economy early this year. The new strain of the virus, plus tougher quarantine measures in Germany amid high incidence rates, do not give investors confidence in the future, although the latest reports on the ZEW index suggest otherwise. 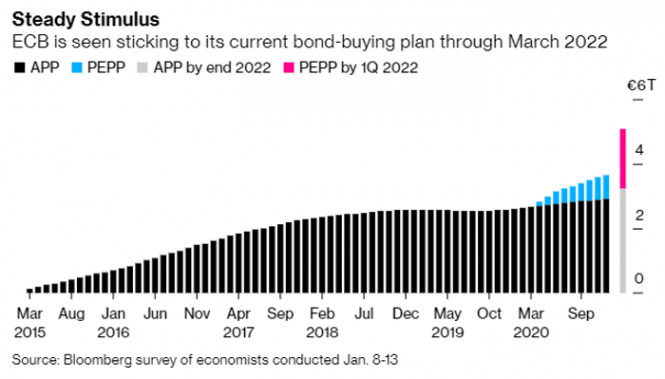 Therefore, markets await the announcements of ECB President Christine Lagarde, who is currently optimistic. Last week, Lagarde said the outlook last December was good, and that the eurozone will have a great economic recovery this 2021.

In fact, at the last meeting, the ECB decided to increase the bond purchase program by another € 500 billion, which should be enough to stimulate economic growth. Aside from that, the ECB has certain reasons for optimism, which are inflationary pressures, deferred consumer demand and a quite stable situation in the labor market. All this is expected to lead to explosive growth rates similar to those that have been observed in the third quarter of last year.

Therefore, the ECB forecasts that the EU economy will grow by 3.9% this year. However, the likelihood of a double recession has increased since last December, and many banks have lowered their forecasts to accommodate tighter restrictions imposed by Germany.

Many also worry over how the ECB will regulate bond yields, and how it will act to maintain the current minimum difference between the yields of the strongest and weakest economies in the eurozone. A number of investors fear that the ECB has long adhered to specific yield levels at a time when it tries to limit the growth of bond yields in weaker European countries. The current high volume of bond purchases will partially explain why the spread between Italian and German debt remains stable, despite the fact that the Italian government is constantly increasing spending and inflating the budget deficit. 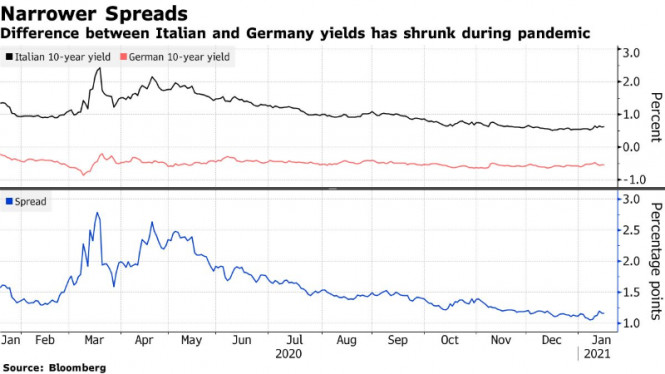 The difficulty for the ECB, in contrast to other countries that can firmly regulate profitability, is that it must satisfy the monetary needs of 19 countries at once, each of which issues its own debts and relies in due measure on certain assistance at a time of crisis. To add to that, the economies of EU countries are different from each other, which results in endless disputes and discontent.

On the topic of statistics, a report published yesterday indicated that confidence in US home builders declined in January this year, having fallen to 83 points, from 86 points last December. The NAHB noted that a serious shortage of building plots made it difficult to meet high demand, and the rise in material prices had outstripped the rise in home prices. The fall in the main index is associated with the decrease in all three sub-indices.

EUR/USD: plan for the US session on January 27 (analysis of...

Showcase Your Renewable Innovations At Electric City 2021 To Network &...

Bucket List: Top 15 Best Things to Do in Stuttgart, Germany

Elliott wave analysis of Microsoft for May 6, 2021

D.C. Scholar, 16, Who Was Dually Enrolled in College and High...

Julius ‘Dr. J’ Irving Explains Why LeBron James is Not an...

GBP/USD Consolidates Ahead Of Break!