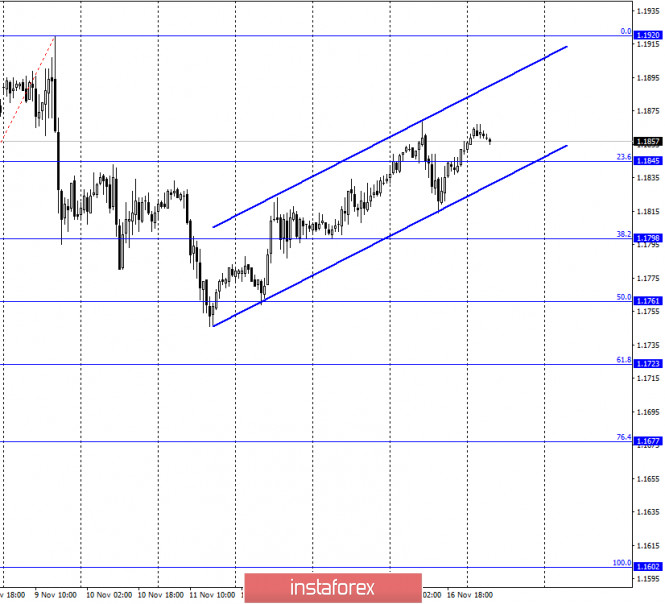 EUR/USD. November 17. COT report. Will Donald Trump take revenge on China and what could be the consequences for the dollar

On November 16, the EUR/USD pair performed a slight drop of 50 points, after which it turned in favor of the European currency and resumed the growth process in the direction of the corrective level of 0.0% (1.1920). Thus, the mood of traders remains “bullish”, as indicated by the upward trend corridor. Meanwhile, there is very little news and reports now, so all the attention is back on Donald Trump, who continues to leave a huge number of messages in his Twitter account, most of which relate to the election. Yesterday, Donald Trump, for example, once again wrote that “he won the election”, and “the recount of votes in Georgia does not mean anything, since none of the representatives of his party are still allowed to sign”. However, the world community is now openly afraid not of the election results, but the last 2.5 months of Trump at the helm of America. Many experts believe that Trump will try to slam the door loudly for the last time, and this slam may be inflicted on China. Trump has repeatedly blamed China for unfair trade with America, and then for the coronavirus that swept the world, but hit the United States the hardest. It is possible that if it were not for COVID-2019, then Trump would have been re-elected for a second term. There would not have been millions infected, there would not have been hundreds of thousands of deaths, the country’s economy would not have collapsed by a record 33%. Thus, it is possible that Trump blames China for the election defeat and, accordingly, may inflict a “blow of revenge” in the form of new sanctions and trade restrictions. However, this step will also affect the American economy, however, Trump will no longer care. 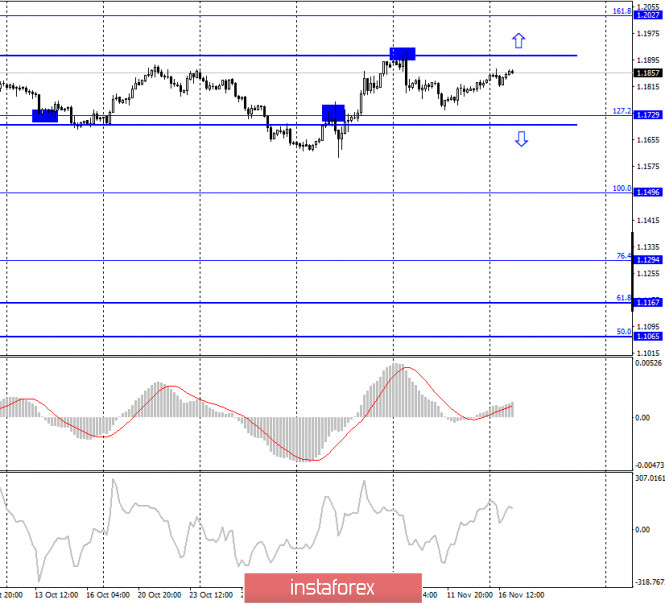 On the 4-hour chart, the pair’s quotes performed a reversal in favor of the EU currency and continue the growth process in the direction of the upper border of the 1.1907 side corridor. A new rebound of quotes from this line will again work in favor of the US currency and some fall in the direction of the corrective level of 127.2% (1.1729). Fixing the pair’s rate above the side corridor will significantly increase the probability of further growth towards the next corrective level of 161.8% (1.2027). 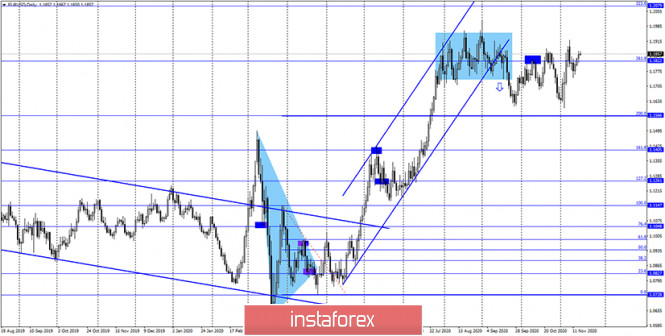 On the daily chart, the quotes of the EUR/USD pair performed a new reversal in favor of the European currency and fixed above the corrective level of 261.8% (1.1825). This level remains weak, and I recommend paying more attention to the lower charts, which respond more quickly to changes in the market. 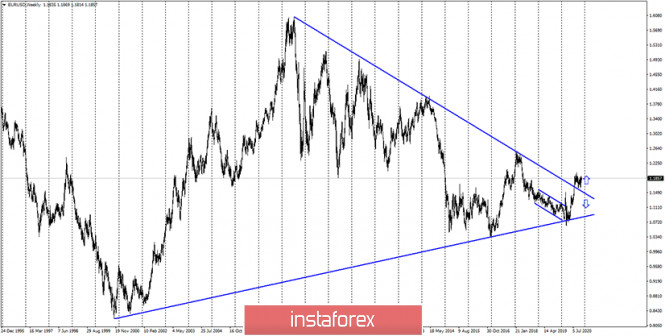 On the weekly chart, the EUR/USD pair performed a consolidation above the “narrowing triangle”, which preserves the prospects for further growth of the pair, but in the long term. In the short term, a drop is preferable.

On November 16, a new speech by Christine Lagarde took place in the European Union, which did not interest traders. There was no more important news during the day. The information background was rather weak.

News calendar for the USA and the European Union:

On November 17, the European Union calendar again includes a speech by ECB President Christine Lagarde. However, her recent speeches were more about the coronavirus vaccine, and economic problems were very superficial. In America – a report on retail sales. 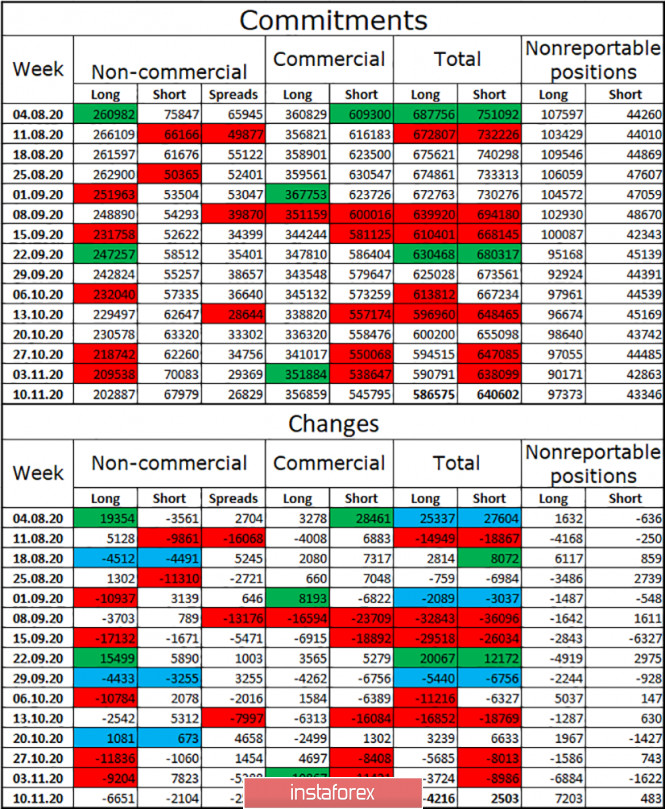 The latest COT report was released with some delay. The most important category of “Non-commercial” traders got rid of another 6.6 thousand long contracts during the reporting week (-9.2 thousand a week earlier), so speculators continue to close contracts for the purchase of the European currency. However, they also closed 2.1 thousand short-contracts. However, despite this, the strengthening of the “bearish” mood continues in the most important category of traders. Based on this, I conclude that the European currency is falling, but recent months show that the euro currency is not falling. However, the total number of long contracts in the hands of speculators continues to decline, while short contracts continue to grow. Therefore, no other conclusions can be drawn now.

Forecast for EUR/USD and recommendations for traders:

Today, I recommend selling the euro currency with targets of 1.1798 and 1.1761, if the closing is performed under the ascending corridor on the hourly chart. Purchases of the pair will be possible with a target of 1.2027 if it is fixed above the side corridor on the 4-hour chart.

WarGames for real: How one 1983 exercise nearly triggered WWIII

How long may USD hold its positions?

How Much Insurance Coverage Should You Have in Singapore?