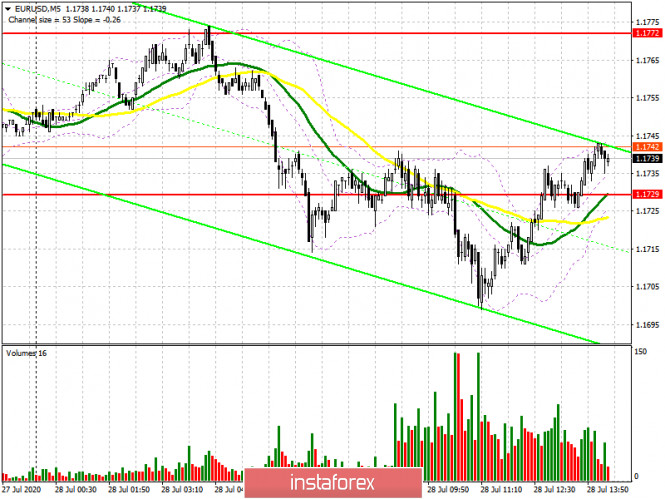 EUR/USD: plan for the American session on July 28

It was not possible to wait for the formation of accented entry points to the market in the first half of the day. As a result, the level of 1.1729 that I was focusing on was completely blurred. If you look at the 5-minute chart, you will see that buyers tried to form a false breakout on it, however, as a result, a normal entry point was not formed. Sellers also failed to offer anything from this level, which led to a revision of the technical picture. In the second half of the day, the bulls will try to regain the resistance of 1.1763, but only very good data on consumer confidence in the US will allow them to gain a foothold above this range, which forms a good point for moving into long positions. In this scenario, you can expect to update the weekly maximum in the area of 1.1802, as well as a test of a longer-term resistance of 1.1830, where I recommend fixing the profits. If the pressure on EUR/USD returns in the second half of the day, then the bulls will have to protect the support of 1.1704. However, I recommend opening long positions from there only after forming a false breakout. It is best to buy euros immediately on a rebound from the minimum of 1.1648 in the expectation of a correction of 25-30 points within the day.

To open short positions on EURUSD, you need:

The bears have already made an unsuccessful attempt to break below the support of 1.1729, which was completely eroded and now the focus has shifted to the new level of 1.1704, where the 50-daily moving average passes. Only fixing below this range forms a good entry point for opening short positions in the expectation of a decrease in EUR/USD to a minimum of 1.1648. A more distant goal will be the area of 1.1591, where I recommend fixing the profits. Another interesting entry point will be the formation of a false breakout in the resistance area of 1.1763, which may occur immediately after the release of data on consumer confidence in the US. Poor indicators are sure to reduce investors’ risk appetite, especially before the start of the Federal Reserve’s two-day meeting. If there is no activity on the part of sellers in the area of 1.1763, I recommend to postpone short positions until the update of the maximum of 1.1802 or even sell EUR/USD immediately on the rebound from the resistance of 1.1830. 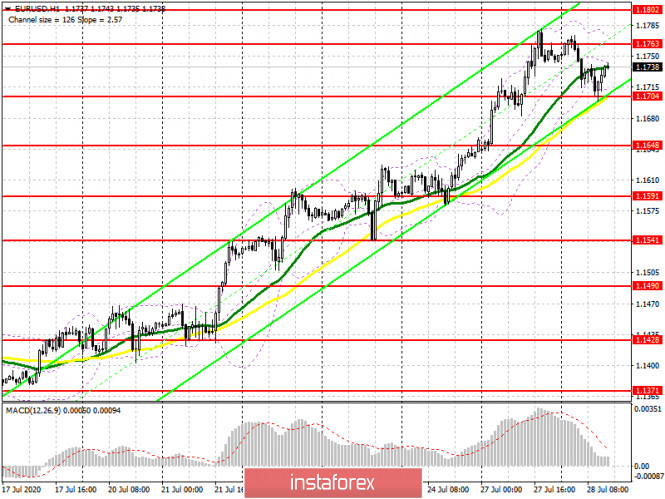 Trading is conducted in the area of 30 and 50 daily moving averages, which indicates market uncertainty in the short term.

A break in the upper limit of the indicator around 1.1770 will strengthen the demand for the euro. A breakdown of the lower border of the indicator in the area of 1.1700 will lead to a larger downward correction of the pair.

Ultimate List Of The Best Hotels in Munich, Germany

Tips for Working from Home Effectively as an Accountant | Canopy

NYC Subway Closes Overnight For First Time In 115 Years For...

GBP/USD: plan for the American session on July 20