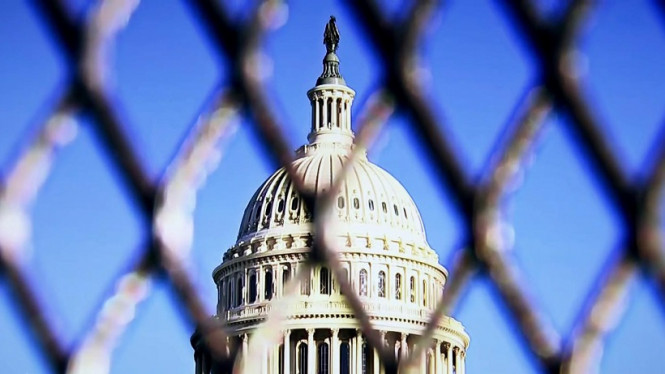 EUR/USD. Politics will soon take a back seat: focus on US inflation

The US dollar index slowed its growth, and at the end of Tuesday’s US session, it turned down completely. After several days of strengthening, the greenback began to gradually lose its position throughout the market. Dollar pairs react differently to the general weakening of the greenback: the dollar has noticeably sunk against the pound, while the greenback behaves somewhat more modestly against the euro. Nevertheless, the general trend is clearly visible: the “post-New Year” momentum has dried up, while the current fundamental background does not contribute to the development of the dollar rally.

To assess the dollar’s prospects in the context of the EUR/USD currency pair, you should first understand what was the reason behind the dollar’s growth in January? In my opinion, there are two main reasons. First, the growth of anti-risk sentiment, and second, the growth of Treasury bond yields.

Let’s start with politics. Last week, the market significantly increased anti-risk sentiment, against the background of resonant events in Washington. The storming of the Capitol, which killed five people, provoked a worldwide public outcry. Given the unprecedented nature of the current situation (recent history does not know such cases), the market has increased demand for a “safe” dollar, which is used by traders as a protective tool. The most high-profile and tragic events occurred last week, while at the moment we feel only their echoes.

Representatives of the Democratic Party took advantage of the situation and initiated the issue of removing Donald Trump from power. Late tonight (possibly as early as Wednesday’s Asian session), Democrats will vote on a resolution recommending that the US Vice President apply the 25th Amendment to the Constitution (which allows senior White House officials to remove the head of state from power under certain conditions). But this is a losing game: Mike Pence has already made it clear that he will reject such a resolution, which is of a recommendatory nature. In this case, the Democrats will launch the impeachment procedure – and they already have the necessary number of votes in the lower house of Congress.

However, this is obviously a losing option. In itself, the impeachment procedure is quite long, while Trump’s cadence ends in a week – on January 20. In seven days, the Democrats need to have time not only to hold the document in the House of Representatives, but also to approve the indictment in the Senate, luring 17 Republicans to their side. In the upper house of Congress, the Democratic Party has 50 out of the 67 needed. At the same time, the next calendar session of the Senate is scheduled for January 19.

The market quite reasonably came to the conclusion that the actions of the Democratic Party in Congress are more populist in nature – the probability of impeachment is quite small. Therefore, dollar pairs (including the EUR/USD pair) reacted quite calmly to the ongoing political battles in Washington. The degree of heat has significantly decreased, despite the fact that the US capital has introduced a state of emergency. But in this case, we are also talking about preventive measures: the White House decided to take care of the safety of participants and guests of the inauguration of Joe Biden.

In other words ,the political fundamental factor reduces its influence due to gradual de-escalation. 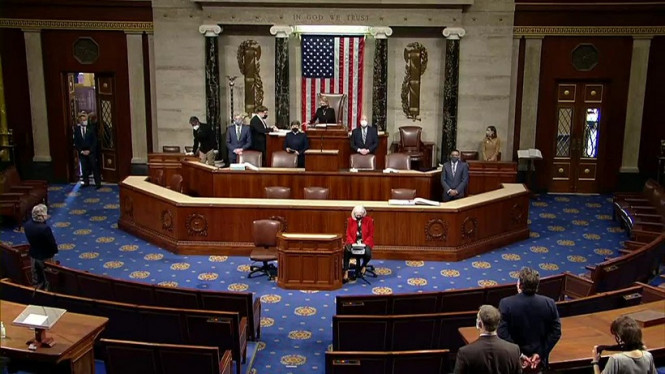 Another fundamental factor that serves as a stronghold for dollar bulls is associated with the expectation of large-scale fiscal stimulus. In one of his speeches, the newly elected US president said that the American economy will receive a “trillion-dollar aid” under his cadence. Here it is worth recalling that last year representatives of the Democratic Party proposed to accept a package of additional assistance worth $2 trillion. But Donald Trump and senators strongly opposed such a generous offer. Now the situation has dramatically changed: from January 20, Democrats will control both houses of Congress and the White House. This suggests that now Republicans will not be able to block the legislative initiatives of the Democratic Party. Against the backdrop of such prospects, the yield of Treasury bonds began to actively grow, pushing up the dollar.

And yet, in my opinion, the January strengthening of the dollar is corrective in nature. If we directly talk about the euro-dollar pair, then dollar bulls could not even approach the support level of 1.2110 (the lower line of the BB indicator on the daily chart). Therefore, as soon as the downward momentum for the pair faded, the EUR/USD bears seized the initiative and returned the price to the borders of the 22nd figure.

In general, traders’ focus will gradually shift from the political arena to economic indicators. Loud political events overshadowed the Nonfarm payrolls report, which was published last Friday. Data on the US labor market was disappointing: in particular, the number of people employed in the non-agricultural sector decreased by 140,000. This indicator showed a negative trend for the first time since April 2020. Key data on the growth of US inflation will be published on Wednesday. If this macroeconomic report disappoints traders after Nonfarm, then the greenback will increasingly become vulnerable in many ways, especially against the Australian dollar. According to forecasts, the overall consumer price index should slightly grow – both on an annual and monthly basis (+0.4% m/m +1.3% y/y), but the core index, excluding food and energy prices, should show negative dynamics, falling to 0.1% on a monthly basis and up to 1.5% on an annual basis. If both components of the release end up in the red zone, the greenback may fall under a wave of sales. It is advisable to make trading decisions on the pair based on the results of this report. 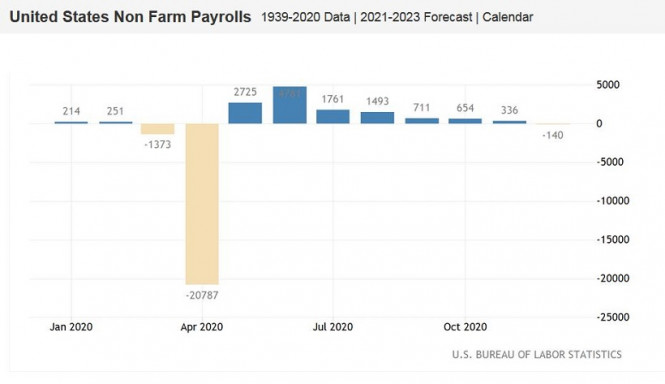 In the medium term, the upward trend of EUR/USD remains in force. Buyers defended the lower line of the Bollinger Bands on the daily chart, so the pair’s current growth looks quite logical. Any corrective price declines can be used to open longs (provided that the price does not fall below 1.2110). The first target for growth is 1.2250 (Tenkan-sen line on D1). The main target is located higher – at 1.2330 – this is the upper line of the Bollinger Bands on the same timeframe.

This Black-Owned Private Jet Company Is Seeing Huge Growth Amid The...

9 Tips to Manifest More Money into Your Life