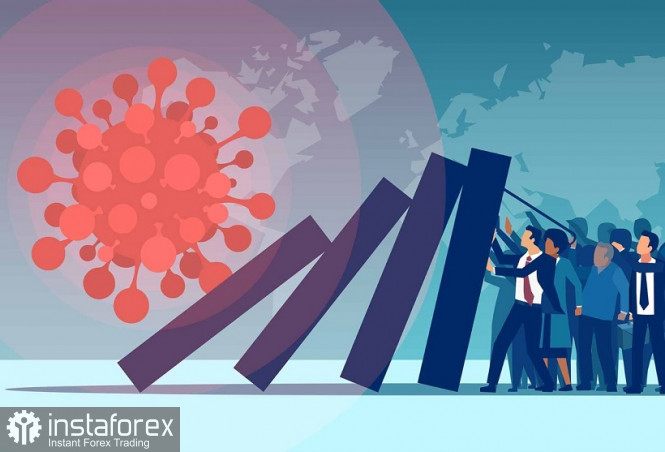 The currency market is dominated by panic again due to a new strain of COVID-19. According to preliminary data, it is 70% more infectious than usual, which has already been found in several European countries and even in Australia. This fact forces Europe to isolate itself from the UK: Germany is meeting the EU Council today for an emergency meeting and after that, it is expected that all passenger flights will most likely be prohibited, as well as sea and rail links with the British Isles for the entire European Union. In Britain itself, quarantine is being significantly tightened – especially in those regions where the mutated virus was detected.

Events are developing quickly. Last Friday, a new round of the coronavirus crisis did not cause any alarm among investors, although the new strain became known last Monday (it was originally discovered back in September, but then it was not given due attention). The situation was worsened by Boris Johnson, who said in his speech that the mutated virus is much more infectious than usual. His statement came amid the second wave of COVID-19 that swept Europe last fall, forcing them to tighten quarantine restrictions. Considering the recent events, the European press started talking about a repetition of the spring scenario, when a full lockdown was introduced in the EU countries.

The traders in the currency market reacted to the situation immediately: the main dollar pairs began the trading week with a gap in favor of the US currency. For example, the euro/dollar pair closed Friday’s trading at the level of 1.2256, while on Monday, it was at 1.2225. During the Asian session, it fell by several dozen points, dropping to the area of the 1.21 level. It is clear that the pound suffered the most – the pound/dollar pair fell by almost 200 points. But if in the case of this pair, the price declined due to the pound’s weakening amid dollar’s strengthening, then all other dollar pairs changed their configuration only due to the strengthening of the US currency. The dollar index surged from 89.83 to the current level of 90.40 during the Asian session on Monday. Thus, judging by the panicked headline of the European press, this indicator will continue to grow, reflecting the interest of traders in the protective asset.

This is a kind of “finest hour” for the US dollar, since it has been gradually losing positions since November began – the US dollar index has been steadily declining for almost seven weeks on a wave of general optimism over vaccinations. However, the situation with the new strain unfolded very quickly, literally over the weekend. Therefore, we are currently seeing a natural increase in anti-risk sentiment and accordingly, an increased demand for protective assets.

At the same time, investors are now more afraid of the sudden uncertainty than a new strain of the virus directly, since information about which is not so much. According to experts, scientists are currently aware of at least nine groups of COVID-19 mutations, but no mutated virus has caused such a stir up to this point.

It should be recalled that the mutated version of the virus was found in September in one of the patients in the UK, but then it was not given due attention. It was only remembered when quarantine measures in certain areas of England did not give the expected result. After that, Boris Johnson said that the new version of the virus can be up to 70% more contagious than the previous ones, but this information has not yet been confirmed experimentally and is based only on computer modeling. At the same time, the World Health Organization does not note the impact of the new mutation on mortality. WHO also doubts that the new strain will affect the effectiveness of vaccines.

Experts believe that the probability of an “upgrade” of the virus increases with the growing cases of its transmission, while it gradually adapts to the human body in the course of its mutations. The key question now is to determine exactly what new characteristics the so-called “British virus” has acquired: whether there have been drastic and dangerous changes or whether it is just a normal evolution. 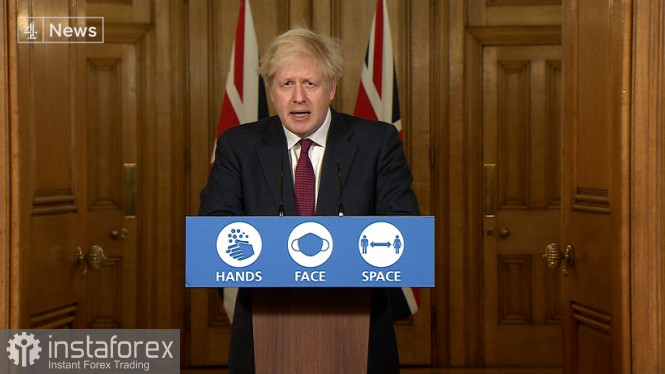 In fact, the future fate of the US dollar depends on the answer to this question, no matter how ironic it may sound. If scientists confirm the initial fears of doctors about the new strain, USD will continue to gain impulse amid rising anti-risk sentiment. However, an alternative scenario is not ruled out. If Johnson’s statement about its risk are not confirmed experimentally, then the situation in the currency market will quickly go back to normal, which will lead to the fall of the dollar under a wave of aggressive sales.

It is worth noting that traders in dollar pairs ignored today’s news that the US Congressmen have finally reached a compromise on a new package of measures to stimulate the US economy in the amount of almost 900 billion dollars. The corresponding vote in the House of Representatives, where the majority is controlled by the Democrats, will take place today. The Senate must approve this document until December 25, after which the bill will be passed to Donald Trump.

However, this long-awaited news by many investors was ignored by the market today, as the main focus is on a new strain of COVID-19 Most likely, experts will not be able to accurately answer key questions regarding the mutated virus in the next few days; while EU’s preventive measures, which will be taken today, will provoke a new surge of anti-risk sentiment. This means that short positions in the short term are prioritized for the EUR/USD pair with an initial target of 1.2090 (middle line of the Bollinger Bands indicator on the daily time frame).

Simplified wave analysis and forecast of GBP/USD and USD/JPY on December...

Technical analysis on EUR/USD pair for this week

GBP/USD. December 1. COT report. Most experts agree that the British...

Morehouse Debate Team Withdraws From Tournament Due to Anti-Black Taunts From...

Create Multilingual Content and Expand Your Reach With This Video Translator

Trading recommendations for the EUR/USD pair on September 24