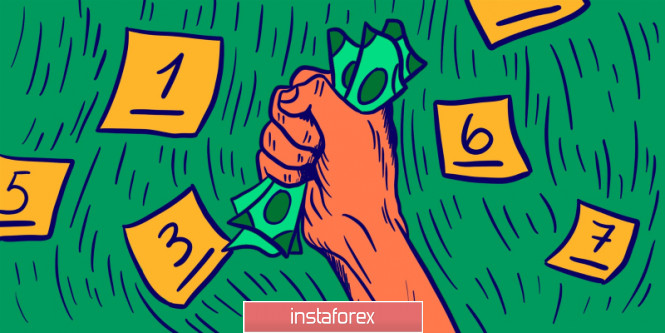 EURUSD and GBPUSD. EU recovery fund distribution can complicate the life of the euro. The pound is ready to go to new highs

Today, the Eurogroup meeting will begin discussing the main issue related to the implementation of budget support measures and the distribution of funds from the Eurozone economic recovery fund, which was formed at the end of this summer and which amounts to 750 billion euros. As recently as last week, there was news that distributing money among European countries, while respecting the rule of law, will not be as easy as it seems, and that it will be necessary to compromise again. If there are problems with the distribution of this fund from the first meetings of the Eurogroup, this may negatively affect the exchange rate of the European currency, since closer to winter, when time is running out, it will again require the intervention of the most influential European politicians, as was the case with the decision on the formation of the above-mentioned fund.

Even so, another weakening factor for the euro remains the rather high probability of monetary easing in the Eurozone at the end of this year. According to many analysts, there is a fairly high probability that the ECB’s Governing Council will announce additional quantitative easing and the extension of the emergency PEPP asset purchase program until the end of 2021 at the December meeting.

Today’s reports on the services sector and the composite index helped risk assets to get close to the highs of last week, where the movement again slowed down. The final data was much better than the preliminary data, which led to the growth of the euro in the first half of the day. According to a report by IHS Markit, the purchasing managers’ index (PMI) for the Eurozone services sector in September this year fell to 48.0. However, it is worth noting that the indicator values below 50 points indicate a reduction in activity, whereas at the end of this summer in August, the indicator was equal to 50.5 points. Economists had forecast that the final PMI for the Eurozone services sector in September would remain unchanged. The slowdown in the European economy in the early autumn of this year is directly related to the end of the V-shaped rebound after the lifting of quarantine measures, as well as due to the second wave of the coronavirus outbreak.

As for individual countries, for example, in Germany, the final index for the service sector was 50.6 points against the August level of 52.5 points. In France, the services PMI fell to 47.5 points from 51.5 points a month earlier. The indicators coincided with the preliminary assessment and analysts’ expectations.

As for the technical picture of the EURUSD pair, the bulls are following the planned path and have already broken above the level of 1.1755, once again resting on the highs of last week. Going beyond this range will lead to a more active recovery of the trading instrument in the area of 1.1800 and 1.1840. If growth slows down once again at the high of last week, the bears can take advantage of the moment and return risky assets to the support area of 1.1700, for which another drama will once again unfold. A break in this range will increase the pressure on the pair, which will lead to a downward movement to the area of lows 1.1655 and 1.1610.

The British pound is moving on the path of its further strengthening, and the bulls are ready to break through the highs of last week. This requires a breakdown of the resistance of 1.2980, which will open a direct path to the levels of 1.3030 and 1.3090. If the pair declines, support will be provided by the same middle of the channel 1.2900, a break of which will push the pound to the more important support level of 1.2820, where a major struggle will once again unfold, determining the further direction of the pair.

The pound received the main support today after the report on activity in the service sector, which is so important for the UK. The data was slightly better than the initial estimate. In the IHS Markit report, the purchasing managers’ index (PMI) for the services sector for September was at 56.1 points, against the first estimate of 55.1 points and 58.8 points in August. A value above 50 indicates an increase in the activity. Although the optimism of companies for the year ahead has slightly decreased due to the second wave of the coronavirus pandemic, the balance of risks remains quite tolerable.

The 7 Best Airbnbs in Destin, Florida

Overview of the GBP/USD pair. October 22. Brussels insists and will...

The trope of ‘her indoors’ is alive and well. Rather that...

Analysis and trading signals for beginners. How to trade EUR/USD on...

WGEF’s response to the insurrection at the U.S. Capitol on January...

Maximize Your Podcast’s Growth With This $100 Site Builder

Technical Analysis of GBP/USD for January 26, 2021

Technical Analysis of EUR/USD for January 21, 2021