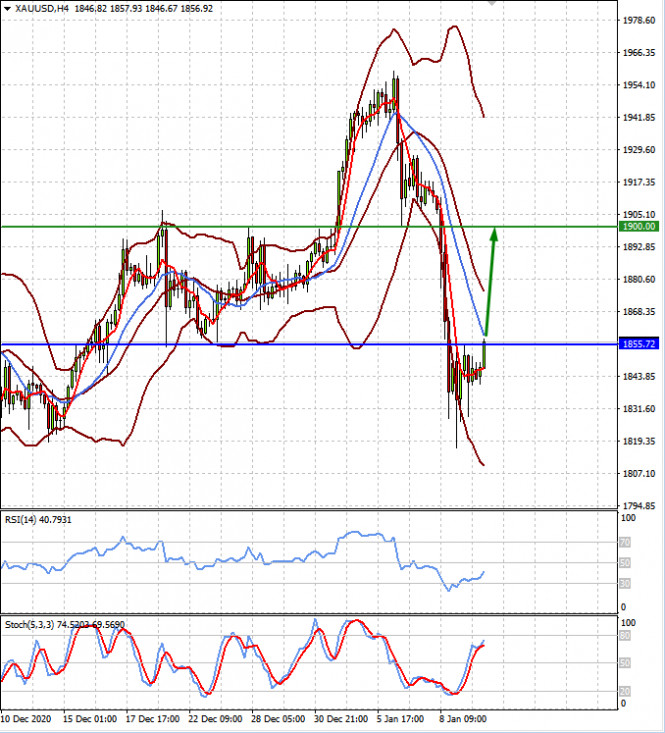 The yield of US Treasury bonds continues to grow, which benefits the exchange rate of the US dollar and forces large market players to reconsider how they perceive the dollar’s future.

It was previously mentioned that the US currency began to grow against the basket of major currencies following the slight decline on the first two trading days of the new year. This is clearly shown in the dynamics of the ICE index, which is around 90.56, adding 0.13% today.

The strengthening of the US currency is primarily due to the unexpected strong growth in government bond yields, which began on January 5 and continues until today. Here, the price of the benchmark 10-year Treasuries have noticeably declined, adding 1.149% to the yield. As a reflection of the likely changes in interest rates, the yield of the two year note also soared from a local low of 0.117% on January 4 to 0.149% this morning. Such dynamics in the debt market can be explained by the change in expectations in short-term interest rates this year.

The market has already started discussing that the Fed may likely change the level of interest rates by the summer. This is despite the fact that another large stimulus measure to help the US economy is expected from the Biden government, which theoretically should weaken the US dollar. However, the changes in investor mood are based on the expectations that the country’s economy will actively recover this year.

Yesterday, Fed member R. Bostic stated that changes are possible if the economy recovers faster. He was also optimistic about the outlook for the labor market, suggesting that the unemployment rate would decline to 3.7%. And although he explained that the Federal Reserve will adhere to a soft monetary course, market participants are still alarmed and continue to push up government bond yields.

In this situation, it is clear that the US dollar will not remain under pressure. In addition to the growth in Treasury yields, it is also supported by the beginning of rebalancing. A noticeably oversold currency is being actively bought for speculative purposes, believing that its clear technical oversold will eventually lead to an increase in the exchange rate.

Assessing the emerging picture on the market, we believe that maintaining the current mood may contribute to the further strengthening of the US currency in the short term, while exerting pressure on stock indices.

Forecast of the day:

Spot gold is trading higher after yesterday’s consolidation. We believe that if the price breaks through the level of 1855.70, it will further rise to 1900.00.

The USD/CAD pair is trading below amid the rising crude oil prices. A price decline below the level of 1.2760 may lead to a further local decline to 1.2685. 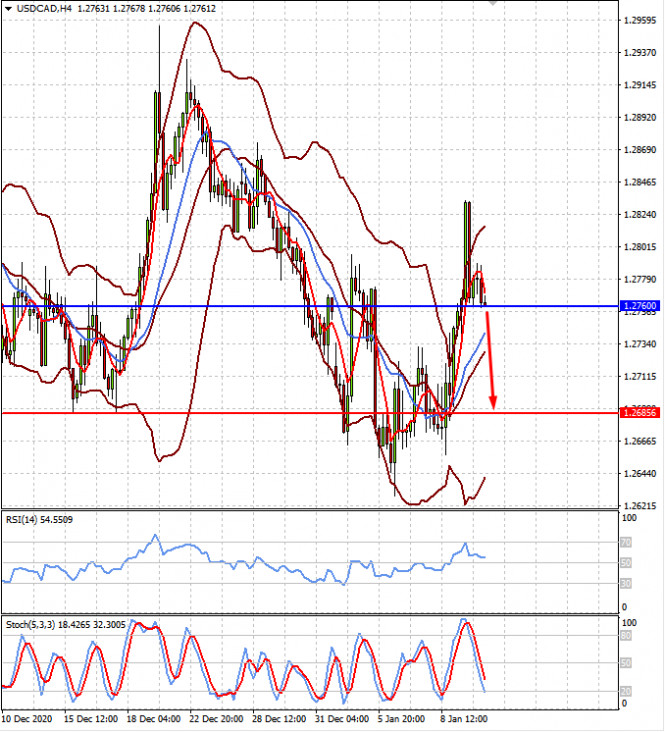 US dollar is having a hard time to stay above

11 Useful Tips You Need to Know for Moving to a...

Technical Analysis of USD/JPY for January 21, 2021