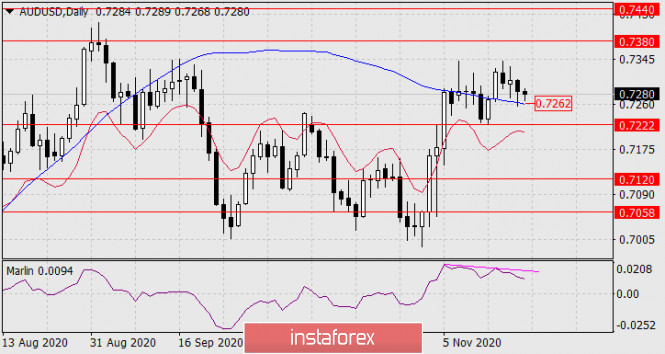 The Australian dollar made an attempt to attack the daily MACD line yesterday. It failed, but the day closed with a more pronounced black candlestick than other counter-dollar currencies. Divergence with Marlin persists on the daily chart. Getting the price to settle below 0.7262 will make it possible for the aussie to attack the 0.7222 level, which opens the way to 0.7120. The probability of growth is 10-15%.

The four-hour chart shows that the price has settled under the MACD line, but the price lacks speed to settle under the balance line, which is what buyers have used in the current situation. The signal line of the Marlin oscillator moves horizontally along the border where trends separate, with the greatest probability the line will turn to the downside from the border. We are waiting for the price to settle below the 0.7262 level and build up the bears’ forces. 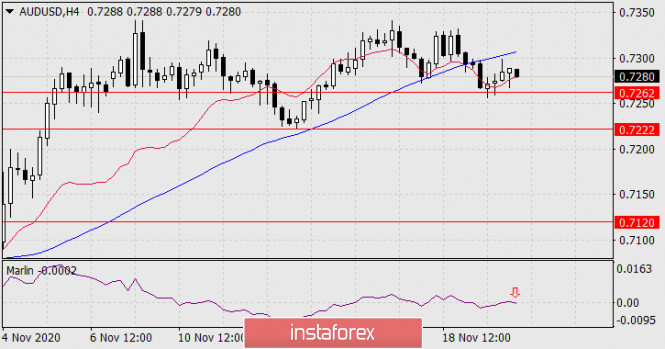 How This Attorney Created An E-Commerce Platform Dedicated To Clean Skincare...

Overview of the EUR/USD pair. September 30. Donald Trump is losing...

GBP/USD: plan for the American session on November 3 (analysis of...

Hot forecast and trading signals for GBP/USD on October 27. COT...

Technical Analysis of GBP/USD for November 26, 2020