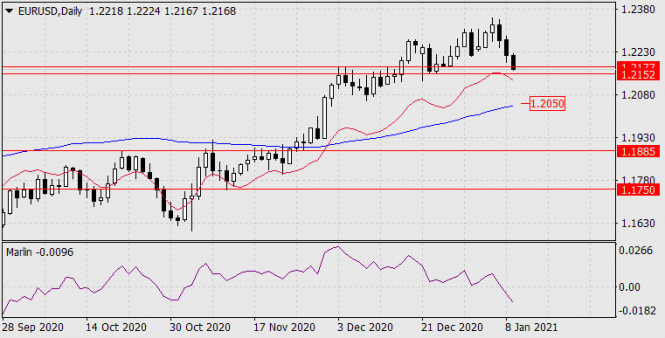 The US employment report from last Friday had mixed results; the non-agricultural sector lost 140,000 jobs against expectations of growth by 60,000, but at the same time the November figure was revised up from 245,000 to 336,000, the share of the economically active population remained at 61.5%, while the unemployment rate was at 6.7%. But the structure of labor data acquired a qualitative positive shift: the broad unemployment index fell from 12.0% to 11.7%, while 38,000 jobs were added in the manufacturing industry against the forecast of 20,000.

But even if the data was not enough, it conveniently fits into the idea of the new administration of President Biden to adopt a plan for new budget expenditures worth several trillion dollars, and he will elaborate on the topic this week. In anticipation of this news, as well as at the beginning of the next cycle of attracting new debts by the US Treasury, the dollar was actively being purchased both yesterday and this morning. This week it is expected to raise 60 billion of net debt through government bonds.

The daily chart shows that the euro is initially aiming for 1.2050 – the MACD indicator line. If the price moves below the line, the second target will be 1.1885. But first, the price must overcome the 1.2152/77 range that was created by the extremes on December 23 and 4. There may be a slight correction from it. The Marlin Oscillator is in the downward trend zone, where it entered very decisively. 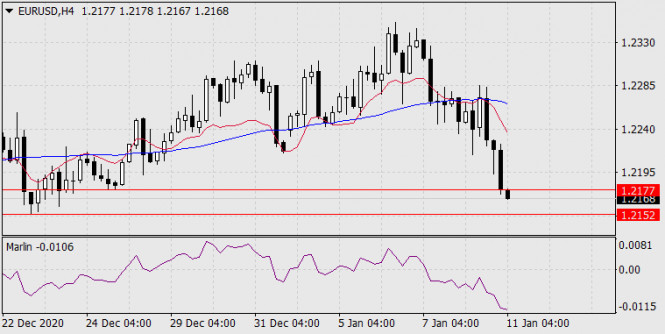 The four-hour chart shows that the price began to accelerate to the downside, from the area where the balance and MACD indicator lines coincide. The short-term trend is decreasing.

Bucket List: Top 15 Best Things to Do in Lugano, Switzerland

Technical analysis on EUR/USD pair for this week

Markets are upset by the slower economic recovery in the US

Becerra Has Long Backed Single-Payer. That Doesn’t Mean It Will Happen...

The Lucas Brothers Discuss Why they Dropped Out of Law School:...

Hot forecast and trading signals for GBP/USD on October 13. COT...