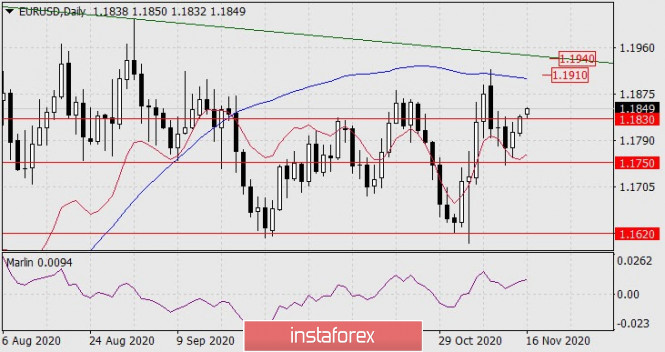 The dollar was unable to turn the tide in its favor at the end of last week. The postponement of the deadline for the Brexit negotiations to November 18th with the simultaneous appearance of the prospect of its postponement to an even later date, as well as Donald Trump’s desire to have time to bring Judy Shelton, a nominal supporter of the gold standard, to the Federal Reserve’s Board of Governors, the vote on which will be in the Senate tomorrow, along with active purchases of US government bonds, all these factors pushed the euro above the target level of 1.1830, opening the way for it to the nearest target of 1.1910 – to the MACD line on the daily chart. A little above the first target is the second one formed by the price channel line – 1.1940.

The price tends to go above the balance indicator line on the four-hour chart, the signal line of the Marlin oscillator is already being introduced into the growth zone. We expect the euro to rise towards the first target at 1.1910, although here it is more appropriate to speak about the target range of 1.1910/40. 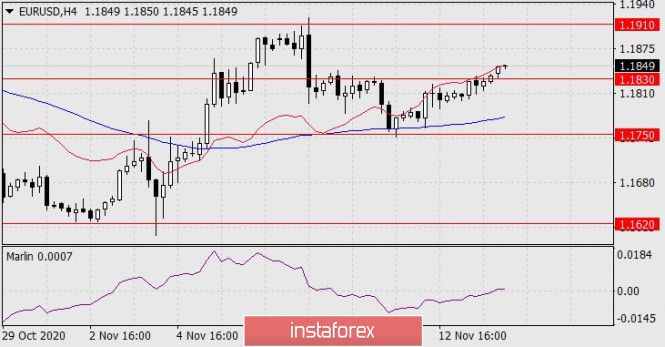 Africa’s First Sports Car Is Made Out Of Plastic, and It’s...

How to support a loved one recently diagnosed with cancer

Bitcoin price to hardy jump by 300%