The British pound lost 83 points yesterday. This has significantly shifted the technical picture to a declining scenario, but small confirmations are still lacking. The Marlin oscillator on the daily scale entered the territory of a declining trend. In order to consolidate under the signal-target level of 1.3495, today should be closed below it. The first target of 1.3275 will become more tangible.

On the four-hour chart, yesterday’s decline stopped at the MACD line. The Marlin oscillator managed to enter negative territory. With the price moving below the MACD line, which corresponds to yesterday’s low (1.3428), the target of 1.3275 will work. 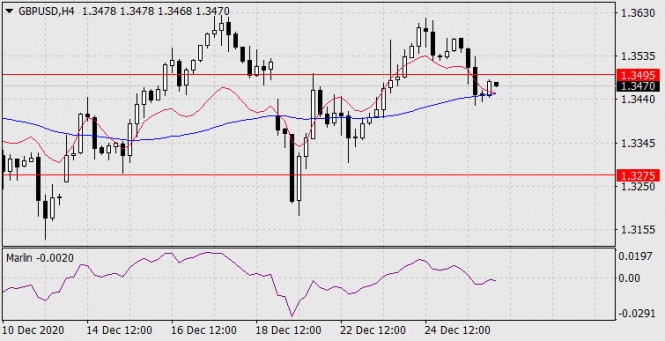 Technical Analysis of GBP/USD for September 16, 2020

Technical Analysis of EUR/USD for February 12, 2021

Technical Analysis of ETH/USD for February 9, 2021

Technical Analysis of Tesla for December 10, 2020

Darryl Sharpton Made a Successful Transition From NFL Linebacker to Furniture...

Essence Festival 2021 To Be Held Virtually And In-Person

Overview of the US stock market on April 9

Technical Analysis of ETH/USD for April 7, 2021

Kanye West Documentary Bought by Netflix for More Than $30 Million

Gold rises as US Treasury yields pull back off recent highs