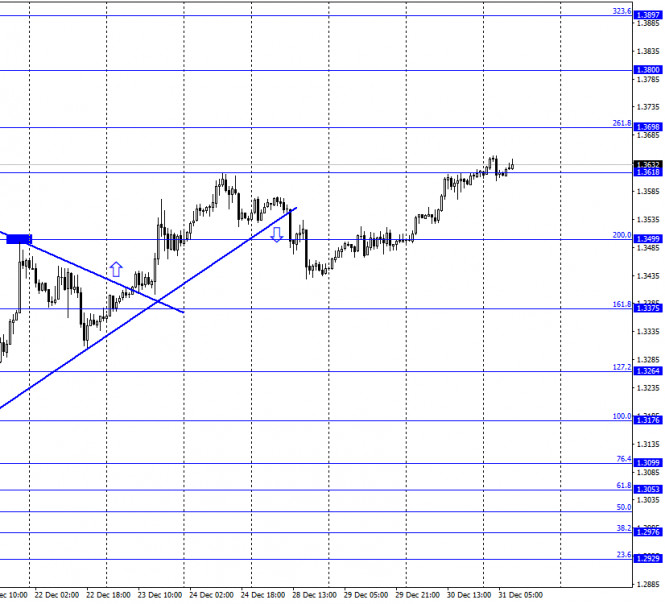 GBP/USD. December 31. COT report. The British Parliament has approved a trade agreement with the European Union. The deal

According to the hourly chart, the GBP/USD pair continued the growth process on December 30 and closed above the level of 1.3618. Thus, the growth process can now be continued in the direction of the next corrective level of 261.8% (1.3698). Bull traders are once again in a state of euphoria. Brexit is finally over. The UK Parliament voted for the trade deal bill yesterday and passed it almost unanimously. 521 deputies are in favor of the deal and only 73 of them are against it. Boris Johnson himself and European Commission President Ursula von der Leyen signed a trade agreement remotely yesterday. “Brexit is not the end, but the beginning of something new. Now we have a great responsibility: to make the best use of the power and the tools that we have once again got on our hands,” Boris Johnson said. Thus, the Brexit saga can officially be considered complete. Traders will now be keeping a close eye on how Boris Johnson will “lift the UK off its knees”. Many analysts are very skeptical about this. Britain may benefit from its independence in the long run, but economists expect more cuts in the British economy in the coming quarters. Even though a free trade agreement has been concluded. 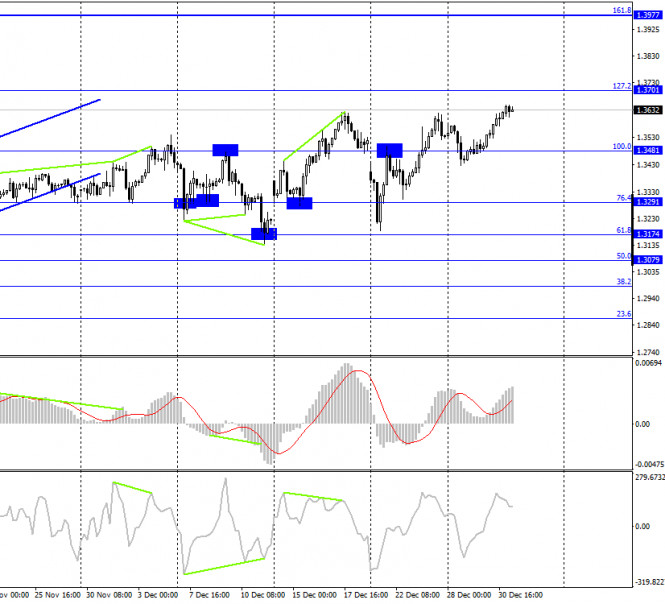 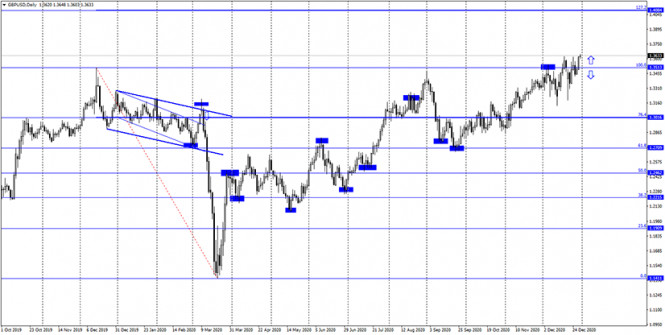 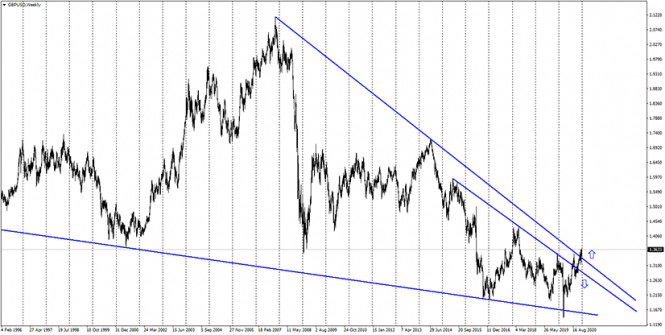 On the weekly chart, the pound/dollar pair performed an increase to the second downward trend line. A rebound from it in the long term will mean a reversal in favor of the US dollar and a long fall in the British dollar’s quotes.

There were no economic reports or other developments in the UK and the US on Wednesday. The information background was completely absent. Except for the pompous news regarding the signing of a trade deal.

On December 31, the calendar of economic events in the UK and the US are almost empty. The information background will be absent today. 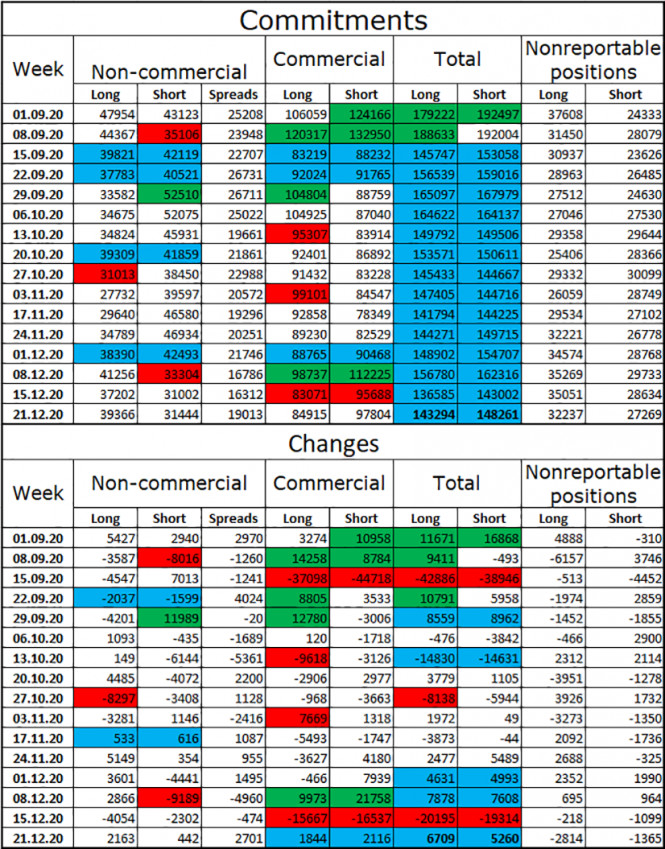 The latest COT report showed that speculators were getting rid of both long and short contracts. The new COT report, which was released only last night, showed only small changes in the mood of major traders. The “Non-commercial” category of traders opened in the reporting week until December 21 – 2,000 new long contracts and 500 short contracts. Such figures do not allow us to draw any serious conclusions about the future of the British pound. It can be noted that speculators again increased purchases of the British, but this was already 8 days ago. The total number of long contracts focused on the hands of speculators is only 8,000 more than short contracts. For example, the difference in the euro currency is 3 times. Thus, I still can not conclude that the mood for the British is exclusively “bullish” and that the pound will continue to grow.

CDC: Those Who Have Taken the COVID-19 Vaccine Can Be Indoors...

GBP/USD. November 10. COT report. Traders continue to believe in the...

Judge In Derek Chauvin Trial To Weigh If $27 Million Settlement...

This Black-Owned Tea Company Is Seeing A Boom In Sales From...

All major US indices reported a steady decline

Oil vs USD: who wins?

GBP/USD: plan for the European session on January 27. COT reports...