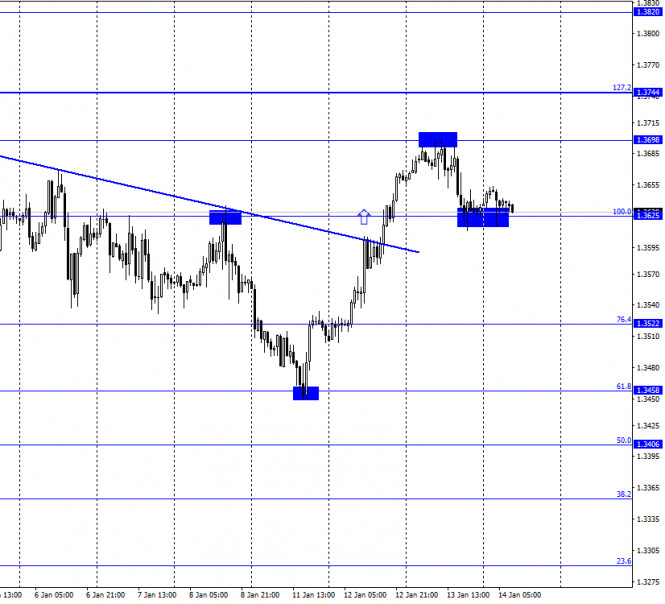 GBP/USD. January 14. COT report. The coronavirus is attacking the UK. The country sets anti-records for the number of deaths

According to the hourly chart, the quotes of the GBP/USD pair performed a rebound from the level of 1.3698, a reversal in favor of the US dollar, and a fall to the corrective level of 100.0% (1.3625). Fixing the quotes below this level will work in favor of continuing the fall in the direction of the next Fibo level of 76.4% (1.3522). Rebound – in favor of the British and return to the level of 1.3698. On January 13, 1,564 deaths from coronavirus were recorded in the UK. This is an absolute anti-record for the entire time of the pandemic in the country. Unfortunately, doctors and the government do not expect the situation to improve in the coming weeks. But, despite such sad statistics, the British continue to feel just fine and continues to be close to the highs over the past few years. There is not much news from the UK that is not related to the epidemic. The last rather significant event (the speech of the Governor of the Bank of England, Andrew Bailey) had a very restrained impact on traders. Thus, it seems that for the British to start a new downward trend, new negative news from Britain is needed. Although it is still quite difficult to say which traders pay more attention to, the negative from the United States or the positive from Britain (which is practically absent, except for the conclusion of a trade agreement with the European Union)? In general, the information background is very contradictory and does not allow us to draw unambiguous conclusions. 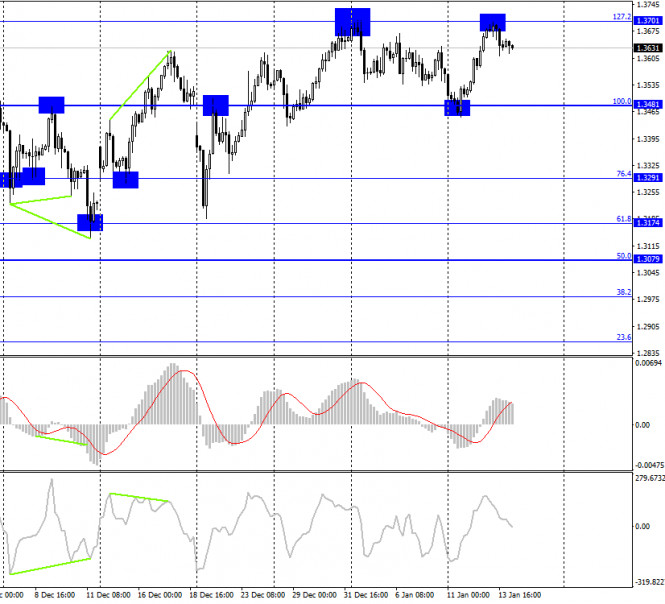 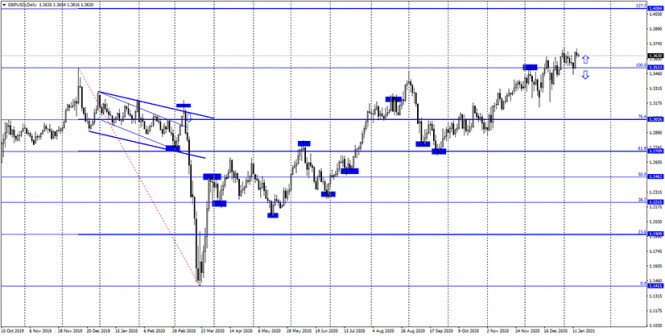 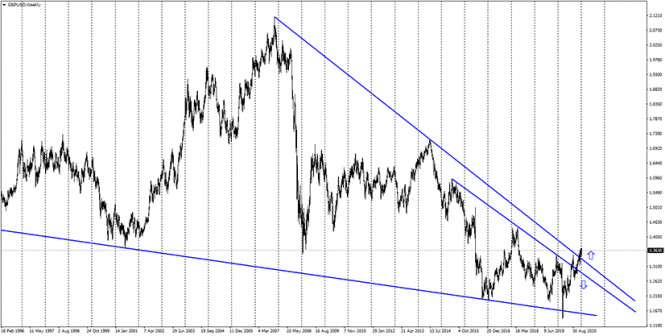 There were no important economic reports in the UK on Wednesday. In America, only inflation came out, which slightly exceeded traders’ expectations and slightly supported the dollar.

US – Fed Board of Governors Chairman Jerome Powell will deliver a speech (17:30 GMT).

On January 14, the UK calendar is empty, and in the US, the main event of the day is a speech by Fed Chairman Jerome Powell. 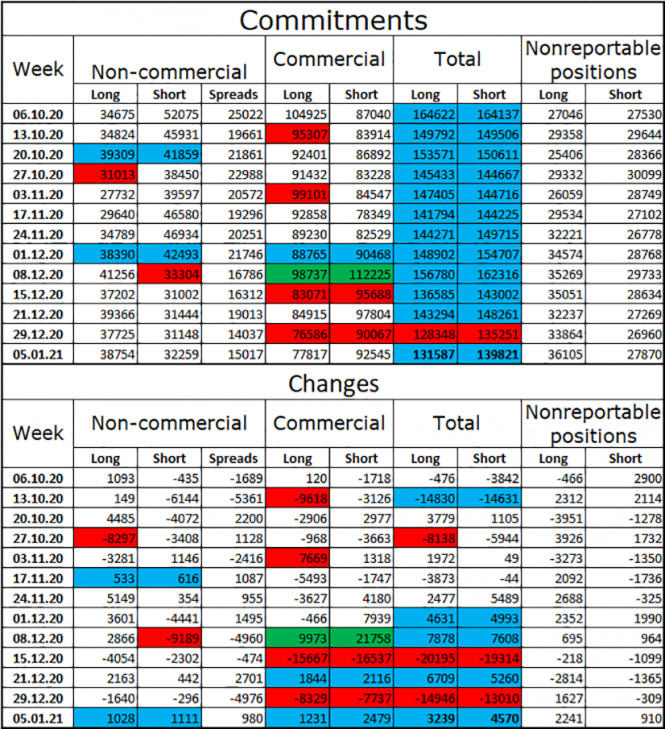 The latest COT report from January 5 showed the same minimal activity of major players as in the case of the euro currency. During the New Year’s week, the “Non-commercial” category of traders opened 1,028 long contracts and 1,111 short contracts. That is, almost an equal number. Thus, I cannot conclude that during the reporting week, the mood of speculators became more “bullish” or more “bearish”. Judging by the total number of open contracts in this category, the mood remains more “bullish”. However, on December 1, the situation was exactly the opposite, and the pound sterling was growing even then. In general, there are no strong changes in the mood of major players.

Hot forecast and trading signals for the EUR/USD on October 5....

GBP/USD. November 10. COT report. Traders continue to believe in the...

10 Hotels and Resorts in Tagaytay with Infinity Pool