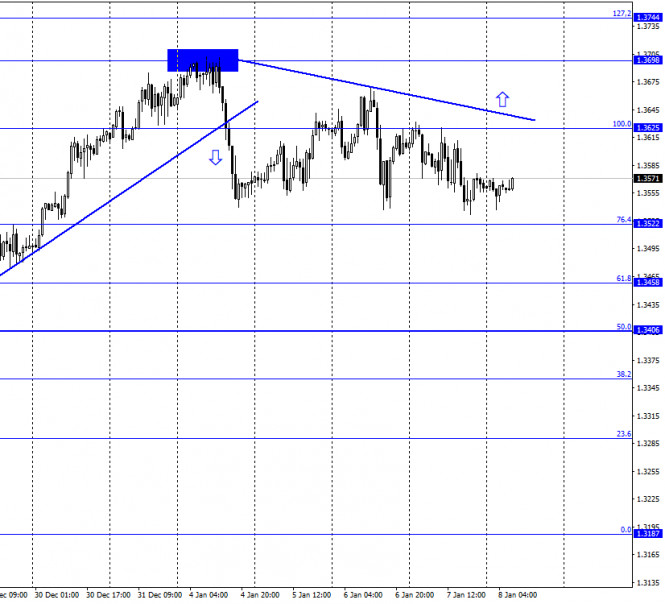 GBP/USD. January 8. COT report. On the agenda: Nonfarm Payrolls and the aftermath of the attack on the Capitol

According to the hourly chart, the GBP/USD pair quotes continued to fall in the direction of the corrective level of 76.4% (1.3522) on January 7. The descending trend line continues to characterize the current mood of traders as “bearish”. Closing the pair’s exchange rate below the 76.4% Fibo level will increase the probability of a further decline in the direction of the next corrective levels of 76.4% (1.3458) and 61.8% (1.3406). The entire world community is now discussing the attack on the Capitol. All world leaders condemned the demonstrators’ behavior. One way or another, the issue of impeaching Donald Trump is now on the agenda in Congress, even though there are less than two weeks left before the end of his presidential term. Today, we propose to pay special attention to the report on Nonfarm in the United States. In recent weeks and even months, little attention has been paid to the economy, as there have been a large number of other important and interesting events. But you can’t skip the Nonfarm report. It is expected that the number of new jobs outside the agricultural sector will be from 69 to 100 thousand. If these figures are confirmed, the US dollar may continue its growth on Friday. Also, today, reports on wages in the United States and the unemployment rate will be released. Recent reports on applications for unemployment benefits showed a positive trend, so there is reason to assume that the unemployment rate will not rise. All of this can help the dollar. 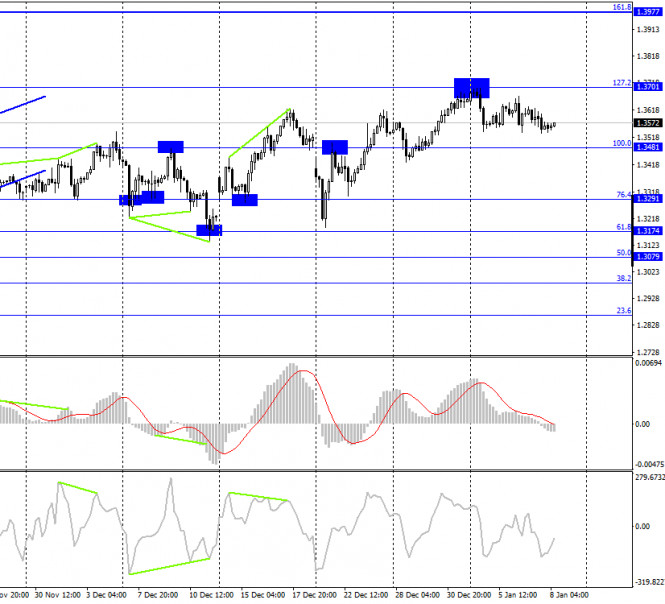 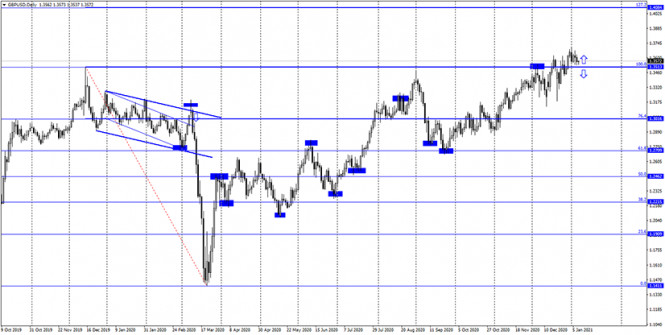 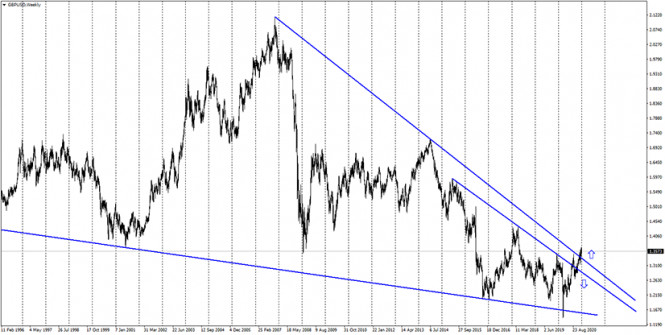 There were no hugely important economic reports in the UK and the US on Thursday. Traders were not very active that day. Business activity indices in the UK construction sector and the US ISM services sector did not impress traders.

US – change in the number of people employed in the non-agricultural sector (13:30 GMT). 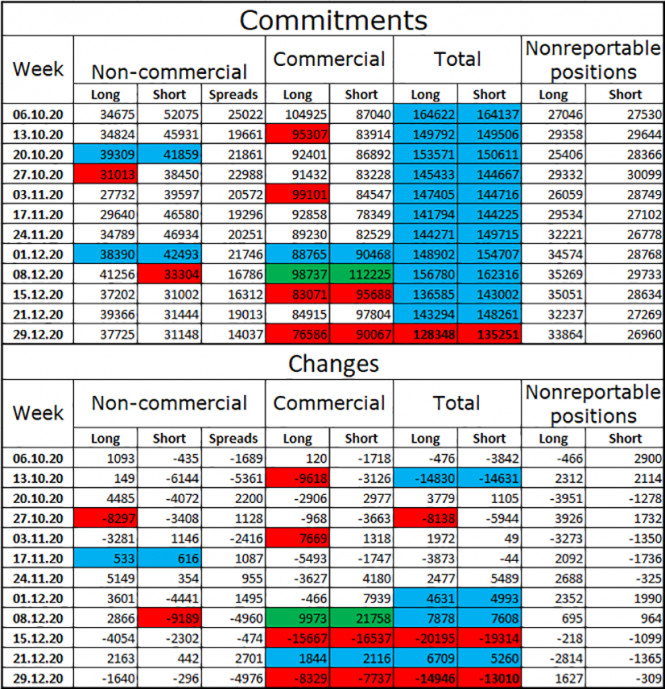 The latest COT report from December 29 showed that speculators were getting rid of both long contracts and short-contracts. In small quantities. In total, the “Non-commercial” category of traders closed 1,640 long contracts and 296 short contracts. Thus, their mood became a little more bearish. Also, the total number of contracts focused on the hands of speculators does not speak unequivocally in favor of further growth of the British dollar. The number of long contracts remains large, but literally by several thousand. Since October, this distribution has changed dramatically. As of October 1, the number of long contracts was 35 thousand, and short – 52. Thus, over the past three months, major traders have significantly increased their “bullish” mood.

Moderator Kristen Welker Was the Winner of the Final Presidential Debate

Hot forecast and trading signals for EUR/USD on October 19. COT...

Marine Veteran Hailed As Hero for Chasing Down Alleged Rapist Outside...

April 30, 2021 : Ethereum is responding bearishly towards our mentioned...

Master the Principles of Corporate Finance With This $25 Training Bundle

Ocado’s Profit Forecast Hiked in the Run Up to Christmas