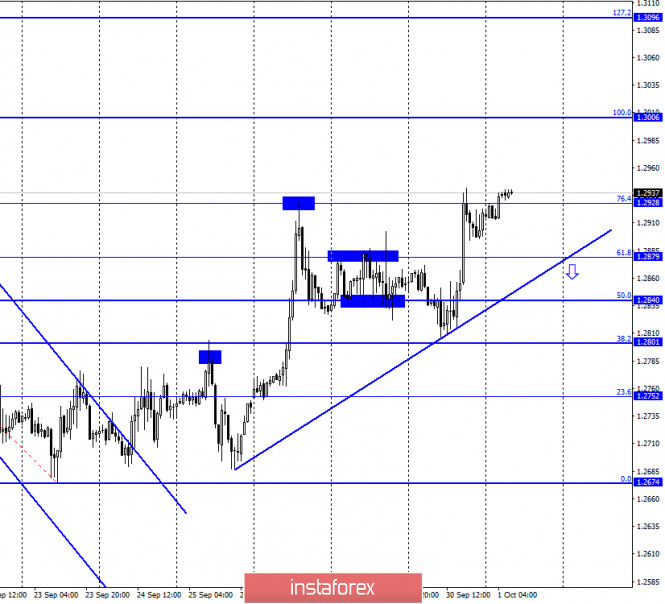 GBP/USD. October 1. COT report. Boris Johnson: the UK is in a critical condition.

According to the hourly chart, the quotes of the GBP/USD pair performed a reversal in favor of the British and resumed the growth process, also completing a close above the corrective level of 76.4% (1.2928). An ascending trend line was also constructed, which characterizes the current mood of traders as “bullish”. Thus, the growth process can be continued in the direction of the corrective level of 100.0% (1.3006). Meanwhile, the COVID-2019 epidemic in the UK is gaining new momentum. Over the past two days, the number of new cases has exceeded 7 thousand per day. Prime Minister Boris Johnson said that “the UK is in a critical situation”. In the near future, this factor may begin to put pressure on the British. Also, we should not forget that the British pound has a huge number of other factors that can help it resume its decline in the very near future. Yesterday, the Lower House of the British Parliament approved the bill “on the internal market”, which directly violates the agreements with the European Union. Thus, relations between London and Brussels are becoming even more complicated, and there is no hope of concluding a trade agreement, although another round of negotiations is currently underway. A new quarantine in Britain could leave another mark on the British economy. A quarantine is likely to have to be introduced, as the number of infected Britons increases day by day. 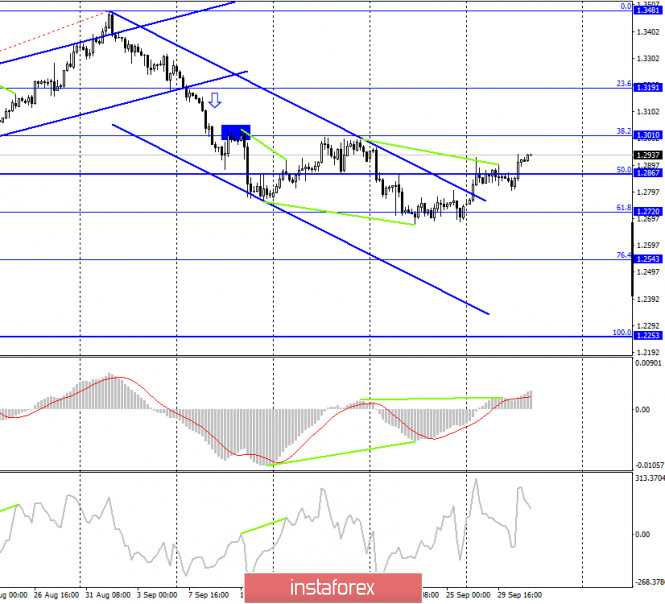 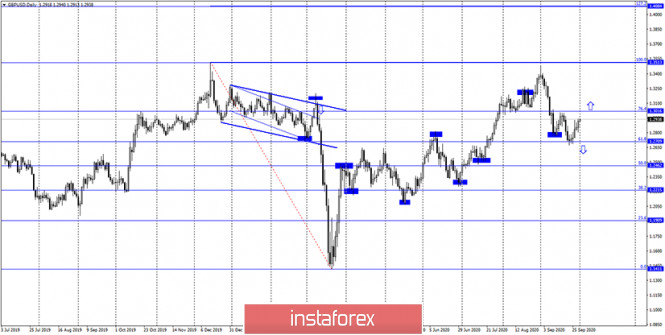 On the daily chart, the pair’s quotes performed a rebound from the corrective level of 61.8% (1.2709) and a reversal in favor of the British currency with the resumption of the growth process in the direction of the corrective level of 76.4% (1.3016). Closing the pair’s rate above this level will increase the probability of further growth towards the next level of 100.0% (1.3513). 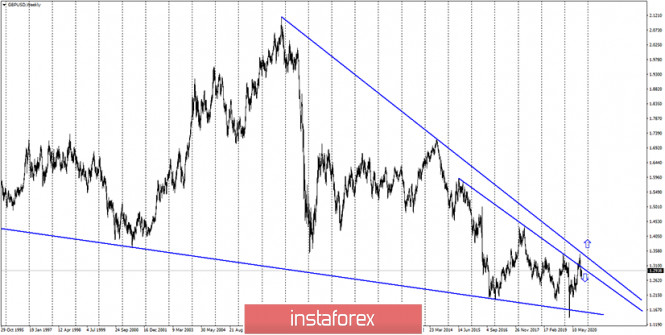 On the weekly chart, the pound/dollar pair closed under the lower downward trend line, thus, a false breakout of this line followed earlier. The pair returns to a downward trend.

On Wednesday, the UK released a report on GDP for the second quarter, which indicated a slight reduction in the fall to -19.8% q/q. However, the British pound resumed the growth process in the afternoon, thus, this report has nothing to do with it.

News calendar for the US and UK:

US – number of primary and secondary applications for unemployment benefits (12:30 GMT).

On October 1, only the PMI index for the manufacturing sector will be published in the UK. Meanwhile, the same index will be released today in America. 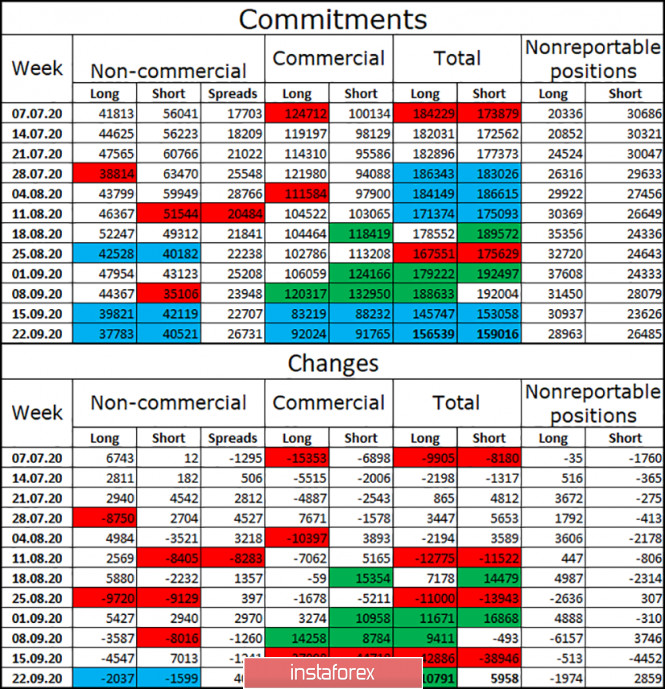 The latest COT report on the pound that was released last Friday turned out to be boring and uninteresting. The “Non-commercial” group of traders closed approximately 2,000 long and short contracts in the reporting week, thus, its mood has not changed much. Other groups have less influence on the market. However, I note the fact that both the “Non-commercial” group and the “Commercial” group now have almost complete equality in the volumes of long and short contracts. Even the total number of currently open contracts for all groups in the market is almost equal. This rarely happens. The last report generally does not allow me to draw any important conclusions about future possible changes.

Forecast for GBP/USD and recommendations for traders:

Overview of the GBP/USD pair. November 26. Nothing can replace the...

Overview of the GBP/USD pair. November 25. Negotiations on a trade...