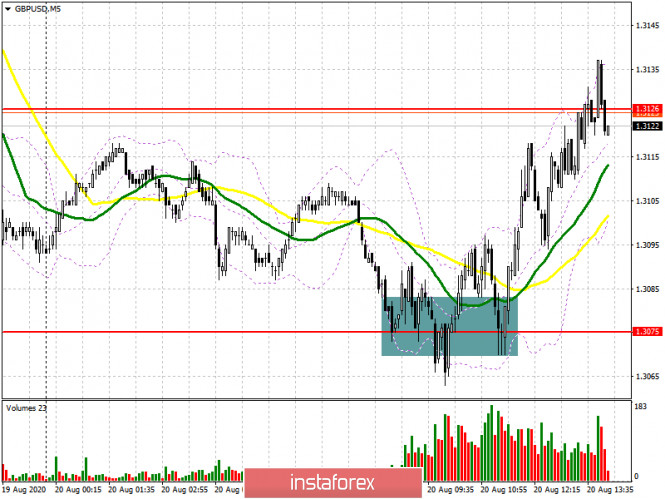 GBP/USD: plan for the American session on August 20

In my morning forecast, I focused on buying in the support area of 1.3075 and recommended opening long positions from there if a false breakout is formed, which happened. Let’s analyze the entry point. Look at the 5-minute chart: you can see how buyers are actively protecting the support level of 1.3075, forming a false breakout on it. But even if you did not manage to enter at the first signal, the downward movement and repeated testing of this level on the volume in the middle of the European session became another proof of the presence of large buyers in the market. As a result, the pair quickly returned to the resistance area of 1.3126, adding 50 points of profit to the piggy bank. How the bulls defended the closing level at 1.3075 is also clearly visible on the hourly chart. In the second half of the day, the entire focus is shifted to the resistance of 1.3126, which will be the main focus. Do not rush to buy from it at the first consolidation, since the market is still in a downward correction, and it is possible that the data on the US labor market will play on the side of sellers of the pound. If active sales from the area of 1.3126 do not occur after the data is released, and trading continues above this range, you can count on a strong bullish rebound to the maximum area of 1.3164 and 1.3212, where I recommend fixing the profits. In the scenario of a decline in GBP/USD in the second half of the day, you can still expect to buy from the minimum of 1.3075 or open long positions immediately on a rebound from the support of 1.3044 in the calculation of a correction of 30-40 points within the day.

The sellers tried, but nothing came of it. Now their task is to protect the resistance of 1.3126, from which there are also no active sales. Only the formation of a false breakout in this range after the release of strong fundamental statistics on the US labor market will be the first signal to open short positions. The main focus will be on the return of the pound to the opening level of the day and, at best, on updating its minimum in the area of 1.3075. The longer-term goal is the support of 1.3044, where I recommend fixing the profits. In the scenario of further growth of the pair, it is best to open short positions only on the rebound from the resistance of 1.3164, where the moving averages that play on the side of bears also pass. However, you should not expect a correction of more than 20-30 points from this level. 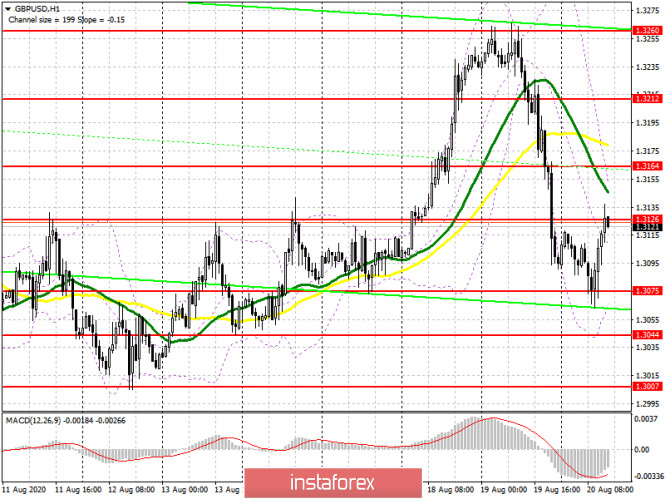 Trading is conducted below the 30 and 50 daily averages, which indicates the continuation of a downward correction in the pair.

This New York Teen Won A $40K Scholarship After Being Crowned...

GBP/USD. December 1. COT report. Most experts agree that the British...

The Economic Effects of the Coronavirus May Kill More Americans Than...

Why do people buy bitcoin despite its high price?

Interest in the currency market is affected by uncertainty factors