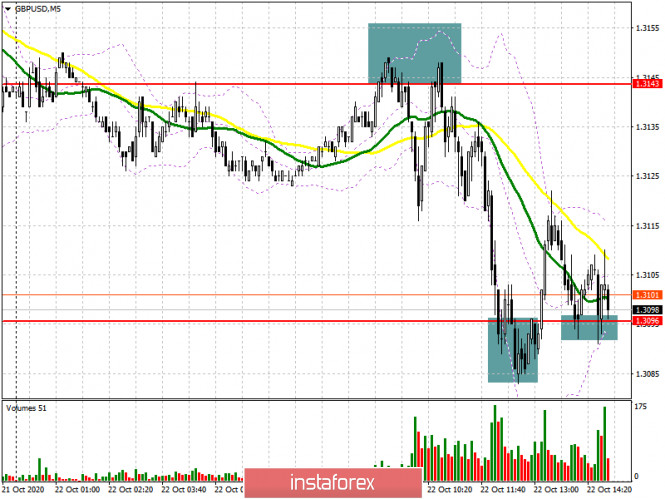 To open long positions on GBP/USD, you need to:

In the morning forecast, I paid attention to the sale of the pound from the level of 1.3143, which happened. Let’s take a look at the deals. On the 5-minute chart, the formation of a false breakout at the level of 1.3143 can be seen, which led to the formation of a sell signal for the pound in the support area of 1.3096 and brought about 50 points of profit. By the middle of the day, the bears tried to take this level under them and even made their way lower. However, there was no consolidation. Immediately, buyers stepped in and formed a good entry point for long positions, but so far there has not been a major increase from this level, and, in all likelihood, it will not happen.

But, as long as the trade is conducted above the range of 1.3096, the buy signal will work. In this scenario, we can expect the GBP/USD to return to the resistance area of 1.3143, from which the main fall of the pound occurred today. A breakout and consolidation above this range will open a direct path to a new monthly high of 1.3192, where I recommend taking the profit. If the trade again moves below the level of 1.3096, it is best to exit short positions and wait for the test of a larger minimum of 1.3044 for purchases, based on a correction of 20-30 points within the day.

All the hype with yesterday’s statements that the UK is ready to continue dialogue with the EU is gradually fading, as is the bullish momentum. The bears have already returned the pair to the support of 1.3096 and all they can do now is to achieve another breakdown and consolidate below this range, similar to the morning entry point, which I marked under this level on the 5-minute chart. If this happens, we can expect the pair to fall to the low of 1.3044, where I recommend taking the profit. A break in this range will completely negate all bullish momentum and return GBP/USD to the support of 1.2977. If the pair grows in the second half of the day, the bears will still actively defend the resistance of 1.3143, however, you can still sell from it only if a false breakout is formed, similar to the morning sale that I discussed above. I recommend selling GBP/USD immediately for a rebound only from the new weekly high of 1.3192, based on a correction of 20-30 points within the day. 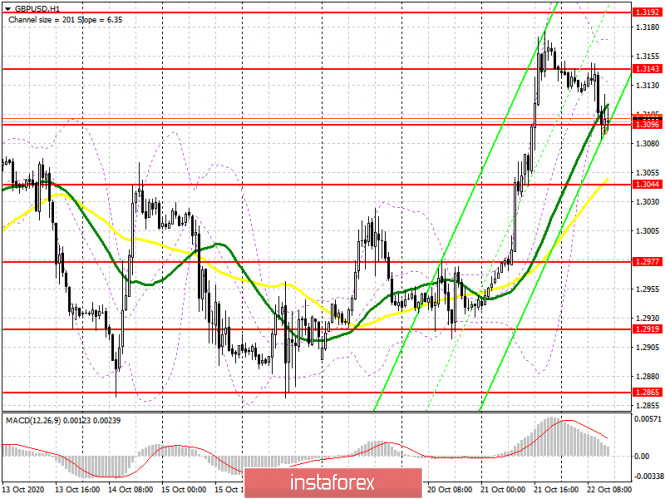 Trading is conducted around 30 and 50 daily averages, which limits the downward correction of the pound.

If the pair grows in the second half of the day, the upper limit of the indicator around 1.3170 will act as a resistance.

Pandemic could lead to most profound shift in parenting roles since...

What’s the Difference Between CE and CPE Options? | Canopy

EUR/USD: plan for the European session on November 24. COT reports....