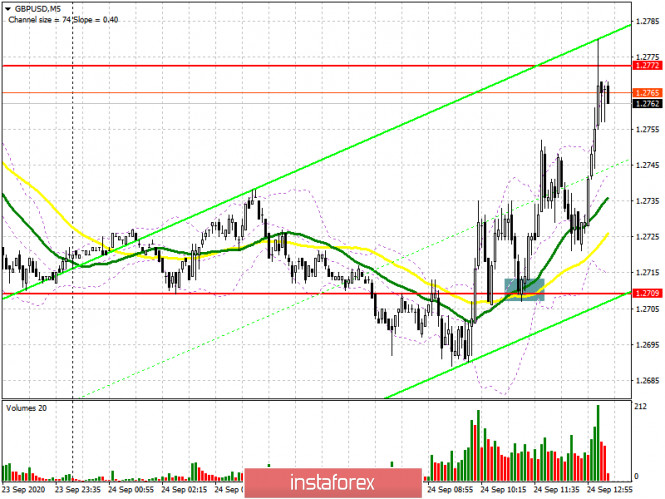 GBP/USD: plan for the American session on September 24

In my morning forecast, I paid attention to the probability of a further decline in the pound after a breakout and consolidation under the level of 1.2709, and also recommended opening long positions when a false breakout is formed. Let’s deal with what happened. On the 5-minute chart, the bears achieved a breakout of the level of 1.2709 and formed a good sell signal in the continuation of the downward trend on the reverse test from the bottom up of this area. However, we did not move more than 20 points down, although the entry point was just great. Then, on the breakout and return of this range by the bulls, a signal was formed to buy the pound. The pair returned to the level of 1.2709, testing it from top to bottom, and the bears resisted, but eventually gave up, which led to a powerful corrective impulse that brought more than 60 points of profit. Now they are working on selling the British pound immediately to rebound from resistance, which I recommended in the morning forecast, and the correction has already reached more than 20 points.

What should traders do in the afternoon? Of course, the entire focus will be on breaking through and consolidating above the resistance of 1.2772, however, it will be quite difficult to do this. Therefore, only a confident breakout of 1.2772 with a test of this level from top to bottom, similar to the morning buy signal from 1.2709, forms a good entry point into long positions in the expectation of continuing the upward correction. The target will be the resistance of 1.2816, where I recommend taking the profit. But a more optimal and safe scenario for buying the British pound will be the formation of a false breakout in the support area of 1.2709. If there is no activity at this level, you can only buy GBP/USD for a rebound from the new monthly minimum of 1.2645, based on a correction of 30-40 points within the day.

The bears did everything to continue the pound’s downward movement, however, they clearly did not have enough strength. Now there is a protection of the resistance of 1.2772 and the further direction will depend on how the pair behaves further at this level. Given that the downward trend is not broken, as long as trading is conducted below the range of 1.2772, we can expect the pound to decline to the support of 1.2709, where I recommend taking the profits. The longer-term target remains at least 1.2645. If there is no active action on the part of sellers again when returning to the level of 1.2772, and the bulls achieve a consolidation above this area, it is better to postpone short positions until the new maximum of 1.2816 is updated, where you can sell the pound immediately for a rebound in the expectation of a correction of 30-40 points by the end of the day. 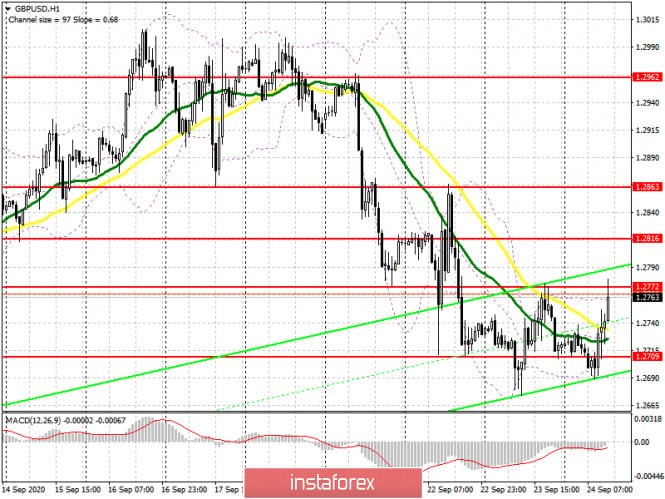 Trading is above 30 and 50 daily averages, which indicates the end of the bear market in the short term.

Meet the 4 Black Women CEOs Teaching How to Invest in...

FIRE: How to Find Your Aha Moments and the Key to...

Black Scientists Say They Face Racism Both Inside And Outside The...

What’s in My Inbox | Shorter attention spans means you need...

Beyoncé Breaks All-Time Record for Most Grammy Wins By a Female...

Analysts of the Kraken crypto exchange: bitcoin will continue its growth...