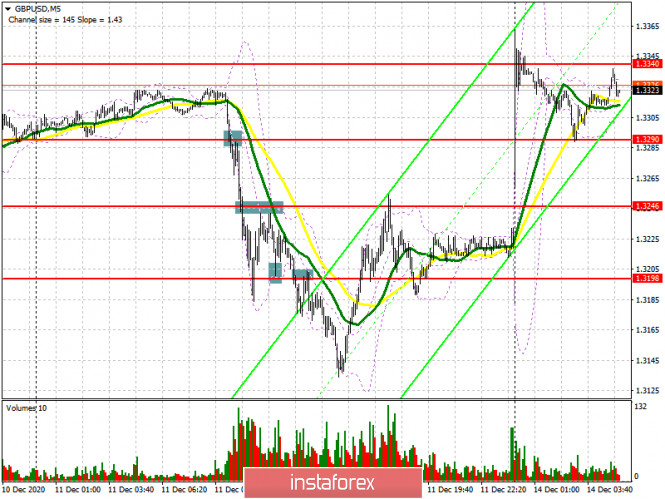 A lot of profitable signals to enter the market appeared last Friday. Let’s take a look at the most interesting ones. If you look at the 5-minute chart, you will see how the bears are trying to break through support at 1.3290 even in the first half of the day, and then it was tested from the bottom up, which produces an excellent signal to enter the market. A breakout and being able to settle below the 1.3246 level with a similar entry point in short positions leads to sustaining the bearish trend and will return the pair to a low of 1.3198. Retesting this area produced a long entry, which turned out to be unprofitable. A breakout and the pair being able to settle below 1.3198, similar to the morning sales, resulted in the pound being sold by another 50 points in the afternoon.

Before examining the technical picture of the pound, let’s take a look at what happened in the futures market last week. Obviously serious changes in the direction of buyers clearly indicate that traders believe that the Brexit trade deal will be signed at the very last moment, even despite the fact that all the real terms for negotiations have long passed. The expectation that the leaders will still be able to make concessions and find the necessary common ground on the key issue of fisheries leaves hope for the pound’s succeeding growth. The Commitment of Traders (COT) reports for December 8 notes significant interest in the British pound. Long non-commercial positions rose from 37,087 to 39,344. At the same time, short non-commercial positions decreased from 44,986 to 33,634. As a result, the non-commercial net position became positive and jumped to 5,710 against a negative value of -7,899 a week earlier. All this suggests that traders are ready to bet on the pound’s succeeding growth at the beginning of 2021 and on the buyers’ advantage in the current situation even when there is no trade deal at the moment, and take note that there is just around two weeks left until the end of the year.

As for the technical picture, despite the high volatility last Friday and the large Asian gap earlier this week, the situation has not changed much. The buyers’ task is to maintain control over the 1.3290 level. Forming a false breakout there in the first half of the day will be an excellent signal to open long positions, in hopes for the pound to recover in the short term. The main goal is to form a breakout and have the pair surpass the resistance of 1.3340, testing it from top to bottom, produces an additional entry point to long positions in hopes to reach a high of 1.3388, where I recommend taking profits. The next targets will still be resistances 1.3437 and 1.3489, but they will only be available when we do not receive good news on the Brexit deal. In case bulls are not active in the 1.3290 support area, it is best not to rush into long deals, but to wait for the 1.3246 low to be updated. However, I recommend opening long positions from this level only after a false breakout. A larger support level is seen in the 1.3193 area, where you can buy GBP/USD immediately on a rebound, counting on a correction of 20-30 points.

The absence of important fundamental statistics on the UK and the Bank of England’s wait-and-see attitude regarding monetary policy may positively affect the pound today. Therefore, forming a false breakout in the resistance area of 1.3340 will exert pressure on the pair and lead to a test of support at 1.3290, where the moving averages pass, which play on the side of those who buy the pound. Only a real breakthrough of this level with a test from the bottom up, similar to last Friday’s short deal that I analyzed above, can produce a good signal to sell the pound in hopes of pulling it down to a low of 1.3246, on which the bear market will depend. Bad news on the trade deal will sharply pull down GBP/USD towards the 1.3193 and 1.3114 lows. If the bulls manage to regain the 1.3340 level, then it is better not to rush with short positions. The optimal scenario for selling the pound would be failure to surpass 1.3388. I recommend opening short positions immediately on a rebound from a high of 1.3437, counting on a downward correction of 25-30 points within the day. Let me remind you that the parties agreed to continue negotiations this week, which will further complicate the issue of ratifying the deal if it is reached at the last moment. 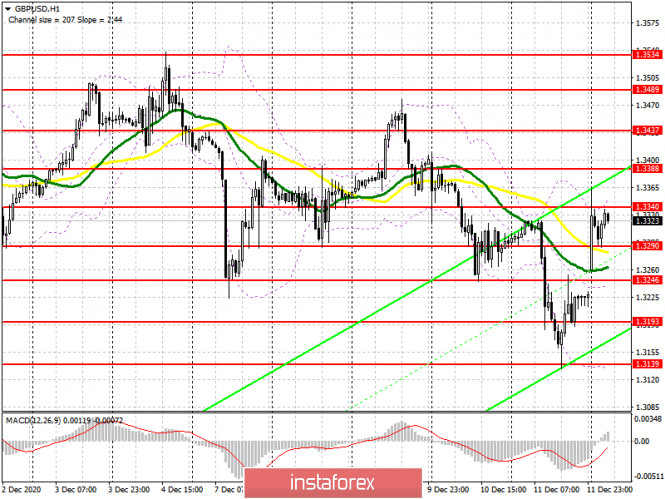 Trading is carried out above 30 and 50 moving averages, which indicates an attempt by the bulls to take over the market.

Styles P From The Lox Talks About Balancing Entrepreneurship and Music

Issa Rae Secures Her Seat at the Table, As New Chair...