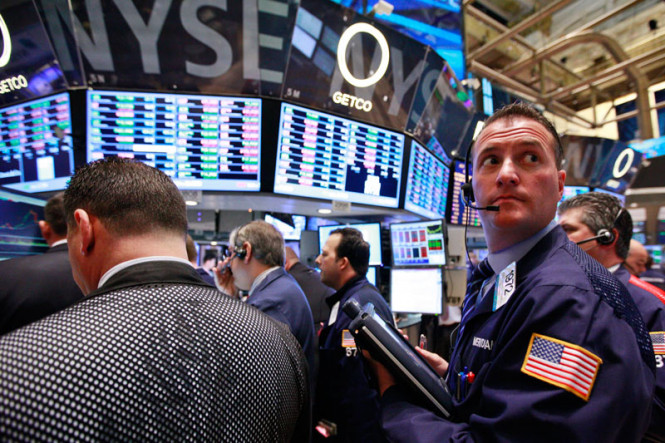 Global disappointment in the US market

Yesterday was remembered for the decline in trading on the US stock market. The Dow Jones fell by 0.35% at the close on the New York Stock Exchange. The S&P 500 index was also no exception, falling 0.22%. What echoes these indicators is the NASDAQ Composite Index, whose decline was within the same range – 0.28%.

Among the links in the Dow Jones index, the leader of growth is still the shares of The largest US insurance company, The Travelers Companies, which rose by 5.83%. At the end of yesterday’s trading, the company’s shares closed at $125.00.

Indicators of the largest media conglomerate in the entertainment industry, The Walt Disney Company, rose by 1.34%. And as a result, the corporation’s shares stopped at $126.63 by the end of trading.

The world’s largest investment Bank, the Goldman Sachs Group, saw the most significant decline in its share price. Shares of the financial conglomerate fell 2.46% and ended yesterday’s US trading session at $202.91.

Securities of the world’s largest manufacturer of aviation, space and military equipment Boeing rose by 2.02%. The price of shares of the American corporation by the end of the trading session eventually reached $163.86.

The world’s largest hardware and software manufacturer and supplier, International Business Machines (IBM), has seen its price drop by 1.97%. And at the end of trading, the company’s shares stopped at $115.06.

The decline in the S&P 500 index in yesterday’s session is largely due to the American entertainment company Netflix, whose shares fell more than others. Quarterly reports showed that the number of new subscribers to the service was much lower than expected, which in turn affected the value of the company’s securities, which flew down by a significant 6.92%. As a result, trading ended at $489.05 per share.

The share price of the American oil and gas company Pioneer Natural Resources fell by a significant 6.09%. At the close of trading, the company’s securities were trading at $78.44. With the same decrease (by 6.09%), trading in shares of the public loyalty and marketing service provider Alliance Data Systems ended, which eventually stopped at 48.61 by the end of the session.

Positive indicators were also observed yesterday. For example, shares of the social network Twitter rose by as much as 8.39%, eventually trading at $50.24. Global supplier of insurance products Chubb Limited showed an increase in its securities by a significant 7.48%, closing at $128.22. Shares of the American retail chain of Department stores Kohl’s also rose significantly (by 6.73%), ending the trading session at $22.04 per share.

In the segment of the NASDAQ index, shares of the public American Corporation that sells advertising products, Insignia Systems, became the leader of trading, which rose by a significant 154.99%. As a result, the media company reached $1,7500 by the end of trading.

Online advertising company Marin Software also showed a huge increase in its shares, which soared by 149.01%, closing at 3,760.

Shares of technology company Astrotech rose by 58.58%, ending the trading session at $2,680 per share.

Not only did the NASDAQ stock take off, but it also fell significantly. For example, the most significant decline among the high-tech sector was observed in shares of the pharmaceutical company Zosano Pharma, which sank in price by 27.74%, ending the trading session at 0.444. Shares of the Chinese company TuanChe Ltd. ADR fell by 23.23%, reaching $0.760. Quotes of the biopharmaceutical company Anchiano Therapeutics became cheaper yesterday by 21.62%, stopping at $1,160 by the end of trading.

By and large, we can say that the US stock indexes yesterday, October 21, showed a noticeable decrease in value.

Trading plan for the EUR/USD pair on November 5. Biden is...

US dollar’s gradual growth in anticipation of stimulus measures

Markets doubt that Biden’s stimulus measure will be fully adopted by...

Technical Analysis of ETH/USD for January 15, 2021

Analysts foresee rise in oil prices to $60 per barrel

Gold to hit historical high in 2021