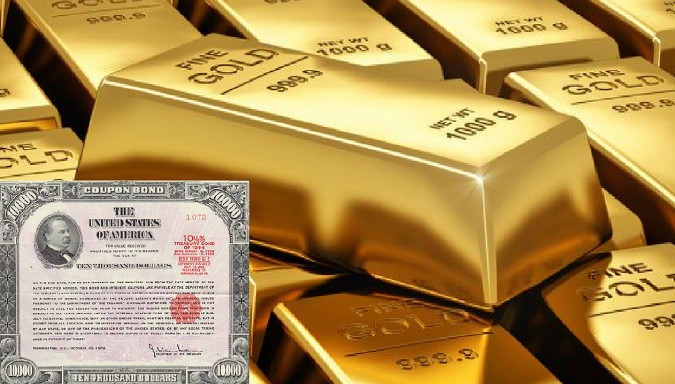 In fact, according to Phillip Streible of Blue Line Futures, gold is at its lowest whenever bond yields are at its highest.

But in a survey conducted by Wall Street last week, three analysts said they will buy gold this week, while eight said the opposite. The last two, meanwhile, said they were neutral.

In terms of retail, 40% called for an increase in gold prices, while 44% predicted a fall. The remaining 16% were in favor of a sideways movement.

Noting the improving economic conditions, some market analysts believe that Treasury bonds will continue to rise, and that it would affect the decisions of the Federal Reserve.

But Fed Chairman Jerome Powell already said the central bank does not have immediate plans of changing the monetary policy, since bond yields are not enough reason for this.

Darin Newsom of Darin Newsom Analysis said this comment means that Treasury yields will continue to rise in the future, which will keep the pressure on gold.

Nevertheless, Ole Hansen of Saxo Bank said he remains bullish on gold, but in the short term.

As for Afshin Nabawi of MKS SA, he said he is neutral about gold, even if long-term fundamentals continue to support prices. According to him, a strong US dollar and high bond yields will dominate gold prices.

Meanwhile, Colin Cieszinski of SIA Wealth Management said gold will continue to fight, at least until inflation rises to a level that cannot be ignored. He also pointed out that commodities are growing in all directions, so inflation, penetrating consumer markets, will only be a matter of time.

Analysis and Forecast for GBP/USD on December 29, 2020

How to dress for cold weather hikes

What’s in My Inbox | Empowering Your Donors to Fundraise

EUR/USD: plan for the American session on November 5 (analysis of...