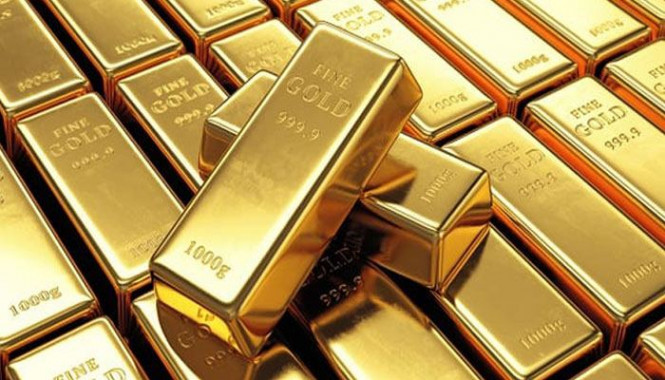 The price of gold gradually rises after a significant fall that occurred earlier. The increase was due to a sharp reversal in the securities market. The yield of the US Treasury bond suddenly stopped its rapid rise in the middle of the week, which lasted for six whole days, and moved into the red zone, which was good support for the precious metals market.

Another proof that this is exactly what will happen is the Congress’ confirmation of Joe Biden’s victory in the US Presidential elections. In addition, there is every reason for the Democratic victory in the Senate runoff in Georgia. In such a situation, when the majority will be on the side of the Democrats, the hopes for expanding and deepening the fiscal stimulus program in the country will become even greater. It is already clear that Democrats are set to increase payments to US citizens amid the crisis associated with the coronavirus pandemic. The program of stimulating the economy will be even larger than previously expected, which will certainly be solid support for the precious metals market, in increasing their positions well in the near future.

However, while market participants are in no hurry to make especially many purchases of gold and silver. Most of them prefer to wait for clear signals to buy.

The price of gold futures contracts for February delivery on the trading floor in New York rose by 0.3%, which sent it to $1,913.6 per troy ounce. Recall that in the middle of this week, the metal was able to reach its maximum value of $1,962.5 per troy ounce, after which there was a pullback of 2.3% almost immediately, and so far it is not possible to win back lost positions, although the mood of investors has improved somewhat.

The price of silver futures contracts for March delivery is also up 0.8%, which sent it to $27,261 per troy ounce. However, in the middle of the week, there was a drop of 2.2% at once, which is quite a noticeable subsidence.

Thus, at the moment, the precious metals market has chosen the most neutral position, which keeps it from global problems, but at the same time does not allow it to significantly increase its own value. In general, precious metals are now in a state of swing, when the situation can and does change every day. In the face of such uncertainty, investors have no choice but to wait for a more favorable moment to work, and it will certainly come very soon. Thus, the return of rapid growth to the precious metals market is a matter of time, and quite close.

However, there are some points that negate the negative. This, in particular, is the partial closure of short positions in the US dollar. This will slightly reduce the prospects for gold growth in the short term. Moreover, the dollar index against a basket of six major world currencies has grown quite substantially by 0.3%, which does not contribute to the joy in the precious metals sector.

Nevertheless, it is not necessary to expect rapid growth in the gold market yet. The main movement will be restrained, as investors are now holding a wait-and-see position. And there is no guarantee that a negative adjustment will not be observed in the coming days.

Meanwhile, the price of platinum futures contracts for delivery in April was higher by 1.3%, which sent it to $1,124. 6 per ounce. At the same time, palladium futures, on the contrary, showed a drop of 0.7% which is currently at $2,431.6 per ounce. Against this background, copper feels more than positive and gained 1.3% to $3.696 per pound, which was another maximum value in more than seven years.

EUR/USD: Dollar will not easily decline despite euro’s attempts to set higher records

ECB to step up stimulus measures to maintain the pace of...

How Ms. Bling Pursued Her Passion and Built a Thriving Business

Michael B. Jordan Teams Up With WELL Institute For New COVID-19...

Forecast and trading signals for GBP/USD on January 20. COT report....

GBP/USD: plan for the European session on December 30. COT reports....