Market participants broke through the long-running side channel of 1.3000/1.3185 with an upward direction, where the quote locally jumped towards the value of 1.3263, after which it stopped.

The US dollar continues to lose ground despite the fact that the outgoing data for the United States did not turn out to be bad, and macroeconomic indicators have a gradual, but still recovery after the March collapse.

In turn, the market ignored the statistical indicators, and the dollar continued to lose ground, breaking through the long-running sideways channel of 1.3000/1.3185.

Today is the busiest day of the week in terms of the economic calendar, everything will start with the release of inflation data in the UK, which is expected to slightly increase. Of course, this will be perceived as an extremely positive factor, and the pound will be able to further strengthen its position. In the same way as the single European currency, eurozone inflation should rise from 0.3% to 0.4%. Do not forget that the euro/dollar and pound/dollar currency pairs have a positive correlation, which is why one instrument can drag another with it in a strong news background.

In terms of technical analysis, you can see the price fluctuating outside the upper border of the side channel of 1.3000/1.3185, where the quote formed a slight stagnation within the coordinates of 1.3230/1.3265. This stop is due to profit taking after the local surge of the past day. Speculation probably did not end and the breakdown of the established flat probably indicated that the pound can still grow in price, although it is at a critical level of overbought.

Regarding volatility, after almost a week of slowing down, the dynamics went up and the volatility indicators exceeded the average level for the pound sterling.

Looking at the trading chart in general terms, the daily period, you can see an update of local highs, where the quote returned to the level of the end of last year.

We can assume that the price fluctuating in the range of 1.3230/1.3265 will end at the beginning of the European session, where the best tactic to consider is the method of breaking the established amplitude boundaries, with the identification of a local surge in activity.

Specifying all of the above into trading signals:

From the point of view of complex indicator analysis, we see that the indicators of technical instruments on hourly and daily intervals signal a purchase, due to the update of the local high, as well as the breakout of the upper border of the flat. 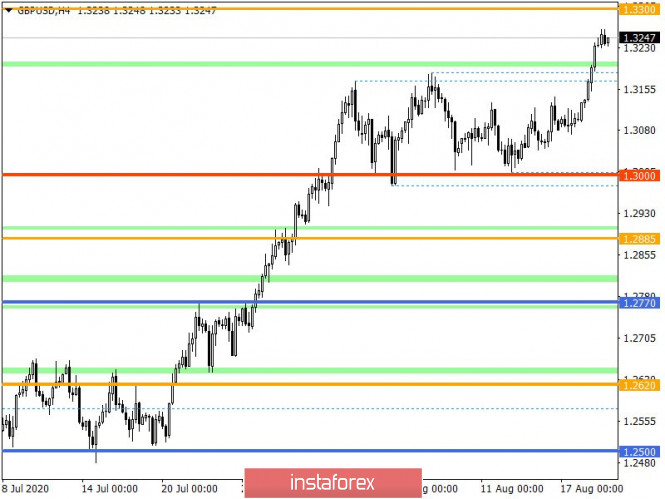 Who is Britney Spears’s fiancé Sam Asghari and how many children...