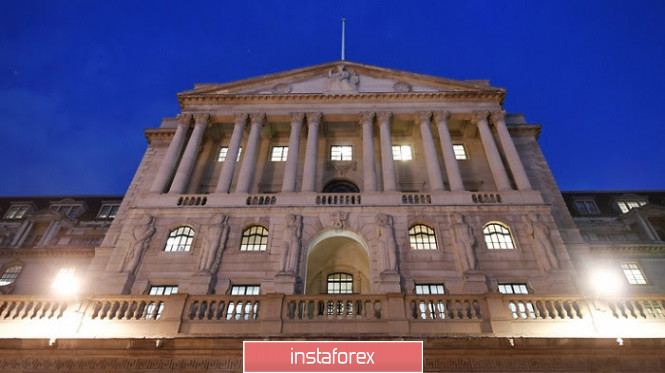 Most surprising fact is that yesterday, the market was accompanied by extremely low activity. And at the end of the day, the pound virtually remained in the same positions from which it started. Although the pound initially showed a fairly confident decline, which could well turn into something noticeable. The reason for this movement was the report of the Financial Policy Committee of the Bank of England, which explicitly spoke about the need to continue the policy of stimulating the economy. However, after a fairly short period of time, market participants apparently remembered that this report is still not as important as the minutes of the Bank of England meeting. Moreover, investors did not see anything new. There are no hints of expanding or extending the incentive program. So the pound began to return to its previous positions.

Strangest of all, the pound’s recovery coincided with the release of the US unemployment claims report. Of course, the previous data has been revised upwards, which can hardly please anyone. The number of initial applications was revised from 837,000 to 849,000. And the number of repeated ones, from 11,767,000 to 11,979,000. That’s just the number of both one and the other, and according to the latest data, it continues to fall. In particular, the number of initial applications dropped to 840,000. At the same time, the number of repeated applications decreased to 10,976,000. And this is such a large-scale reduction that all previous revisions lose all significance. So, logically, the dollar should have strengthened. But we saw a completely different picture. Although the overall activity in the market was extremely low. Apparently, investors are still unable to decide on plans and visions for the future. The market is treading water. 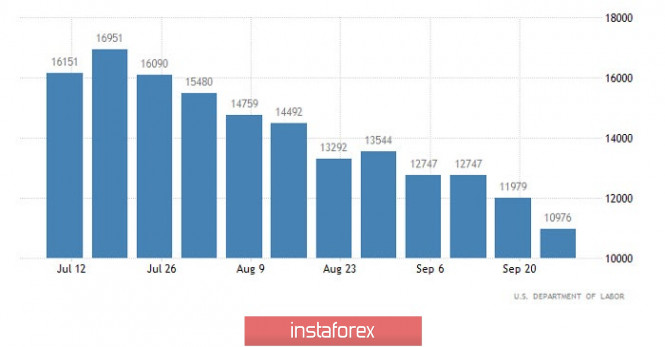 It takes something big to get the market out of its stupor, and industrial production in the UK is not in this data category. A slowdown in the decline in industrial production from -7.8% to -4.0% will certainly contribute to the pound’s growth, but extremely insignificant. After all, even a sharp reduction in the number of applications for unemployment benefits in the United States did not have a serious effect on market participants, so something very, very powerful is really needed for this. 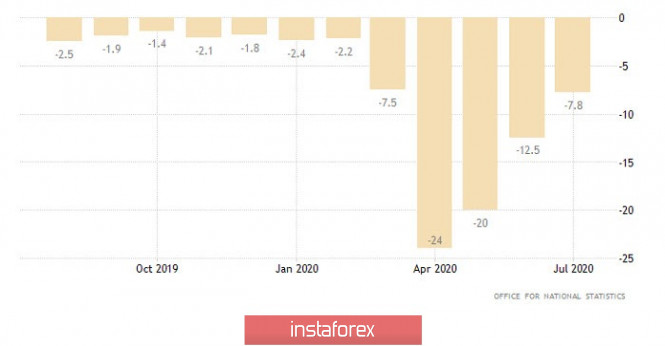 The GBPUSD pair is still at the peak of the corrective movement from the local low of 1.2674, where market participants are active exclusively within the hour and minute intervals. The main resistance level, as before, is considered to be the psychological coordinate of 1.3000, where the price interacts with market participants on a systematic basis.

If we proceed from the quote’s current location, we can see that the price fluctuations occur within the previous day’s high, which affects the pressure on long positions.

In terms of volatility, there is a slowdown in the period of two trading days, which may signal the readiness for an upcoming acceleration in the market.

Considering the trading chart in general terms, the daily period, it can be seen that the quote has been in a correctional course for 2.5 weeks, where the 1.3000 level has already played the role of resistance during September 16-18.

We can assume that the price movement in the correction structure will still persist in the market, where, relative to the current values, it is worth paying close attention to the previous day’s high of 1.2970, since in the event of its breakdown, the quote will likely head towards the psychological level of 1.3000. An alternative scenario considers the current slowdown as an opportunity for a pullback, where the previous day’s high will become a kind of resistance of low importance.

From the point of view of a complex indicator analysis, we see that the indicators of technical instruments on the hourly and daily periods indicate a buy signal due to the price fluctuating in the upper part of the corrective course. 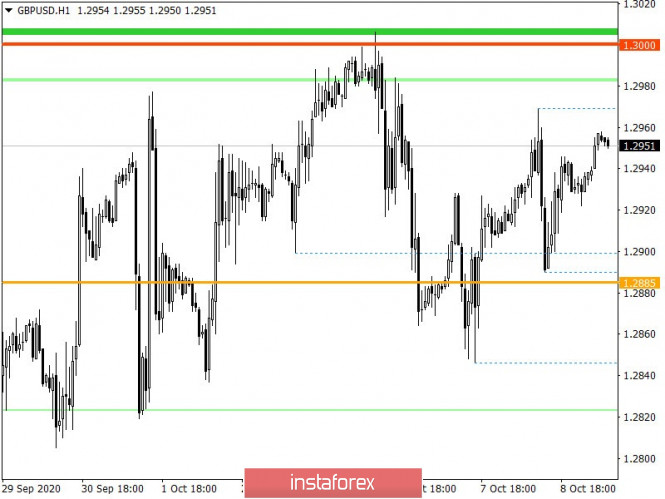 FOMC press conference to take place this Tuesday and Wednesday

Simplified wave analysis and forecast for GBP/USD, USD/JPY, and EUR/JPY on...