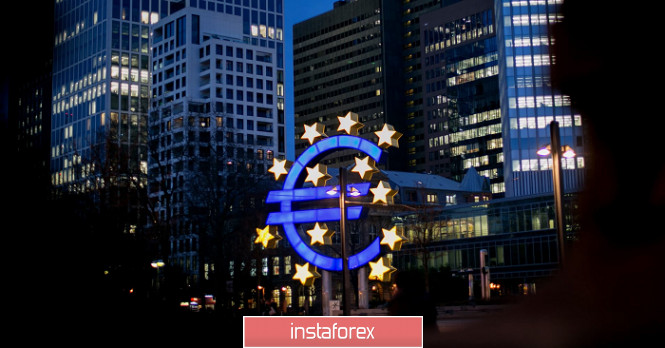 The word “absurd” should be given a new meaning. Well, or at least complement the existing one. Because there is no other way to explain what is happening in the foreign exchange market. After all, the European Central Bank did not just expand the economic stimulus program that was introduced due to the coronavirus pandemic, but actually increased it by one and a half times. From 1,350 billion euros to 1,850 billion euros. In addition, the program will be valid until the end of March 2022. That is, until then, the ECB will directly inject money into the European economy. Although this is too loudly said. Rather, just give these funds to banks and states. Moreover, the asset repurchase will not begin until the end of 2023. So the program was not just expanded, but also extended in time. But many expressed concern that such actions could simply kill the European government bond market. However, despite all this, ECB President Christine Lagarde joyfully announced the innovations, and so the euro grew. From the point of view of banal common sense, there is simply no logic in everything that is happening. And yes, the ECB left interest rates unchanged and accompanied this with the same wording that they will remain at current levels or even lower for an indefinite time. But this is not surprising, and everyone has been used to such statements. And do not forget that the euro is quite seriously overbought and has been so for a long time. After all, the European economy has obviously suffered more than the American one, and is recovering much more slowly. And in general, it seems that the rate of its decline will only increase in the fourth quarter, as quarantine measures are introduced. Germany is planning to re-introduce a full-fledged quarantine. Whereas the United States seems to have forgotten about such a word. And if the economy is not very good, then the currency has nothing to grow from. So, yes, the euro is clearly overbought. And sooner or later, common sense will prevail and we will see a correction.

Nevertheless, if we disregard the results of the ECB meeting, then the single currency had a reason to strengthen. We are talking about the US labor market, which sharply deteriorated. The number of initial applications for unemployment benefits increased from 716,000 to 853,000, although it should have decreased to 710,000.The number of repeated applications, instead of decreasing from 5,527,000 to 5,110,000, increased to 5,757,000 It turns out that the dynamics of the labor market recovery is not only slowing down, but also unfolding. Of course, it is too early to draw unambiguous conclusions, since this requires that such dynamics be sustainable. However, it looks extremely frightening. Moreover, the number of applications for unemployment benefits for the first time since the spring jump showed an increase. But the dynamics of consumer prices, as expected, remained the same. Inflation has been at 1.2% for the second month in a row. Which coincided with expectations and did not surprise anyone. 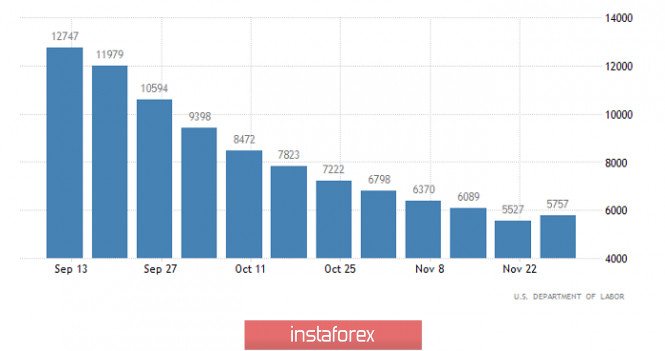 As noted above, the euro’s growth against the background of the ECB’s decisions is completely absurd, and such imbalances will inevitably be corrected and rectified. It is quite possible that today the market will somewhat correct itself, and the reason for this may be producer prices in the United States, whose growth rates should accelerate from 0.5% to 0.8%. If these forecasts are confirmed, then in the near future we can safely expect inflation to rise, which will compensate for the negative due to the worsening situation in the labor market. 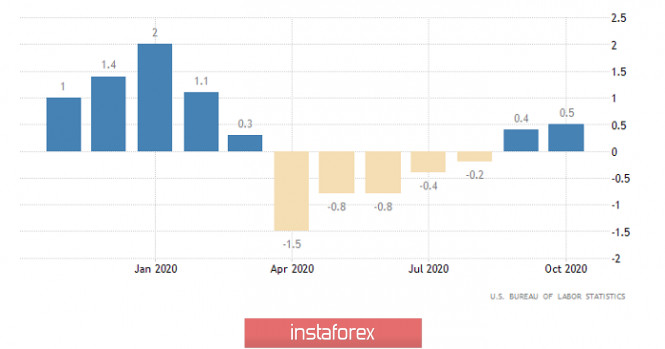 The EURUSD pair returned to the area of the local high of 1.2160/1.2177 during a rapid upward jump, where a slowdown occurred. The overbought status of the euro still has a significant part in the market, so it is possible that the volume of long positions will soon decrease.

The market dynamics of the previous day has a high level, which indicates the impact of speculators on the market.

Considering the trading chart in general terms, the daily period, you can see a medium-term upward trend, where the quote is at its conditional peak.

We can assume that the overbought status of the euro and the convergence of the price with the conditional high will lead to a subsequent reversal in the direction of the values of 1.2100-1.2080.

From the point of view of a complex indicator analysis, we see that the indicators of technical instruments on the minute and hour intervals signal a buy due to a rapid upward movement. 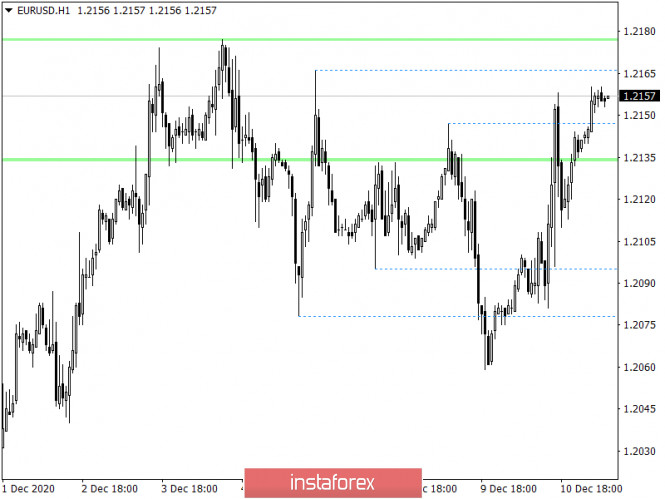 Hot forecast and trading signals for EUR/USD on November 16. COT...

Indicator analysis. Daily review for the GBP/USD pair on April 13,...

Technical analysis of AUD/USD for January 05, 2021

Take Your Side Hustle To The Next Level With This Freelancer...

Trading plan for the EUR/USD pair for the week of April...

DMX’s Family Clears Up Rumors On His Masters And Fake Funeral...

Technical analysis of GBP/USD for November 13, 2020

EUR/USD. “Castle in the sand” or hazy perspectives of dollar bulls