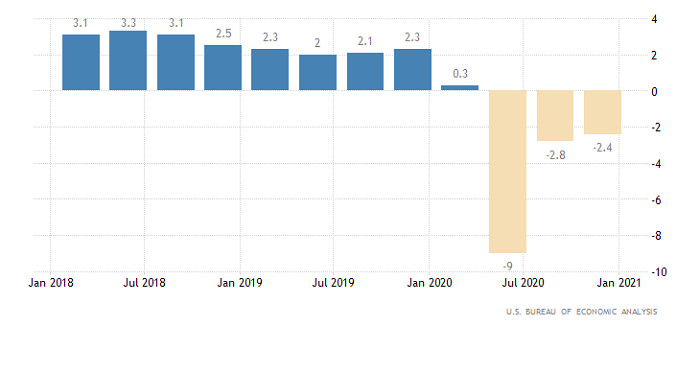 The British currency was expected to make a downward correction for such a long time, so its decline by almost 200 points is not surprising. The only thing that was surprising was the reason for such a collapse – the US macroeconomic statistics. In particular, its second estimate of GDP for the fourth quarter slowed down from -2.8% to -2.4%, which turned out to be better than forecasted. It should be recalled that the first estimate indicated a slowdown to -2.5%. At the same time, durable goods orders increased by 3.4%, against the forecasted growth by 1.2%. Therefore, there is no doubt that the consumer activity will continue to grow. This also means that there is a steady recovery in the economy.

In addition, the situation on the labor market continues to improve. The number of initial applications for unemployment benefits declined from 841 thousand to 730 thousand, while the repeated applications also did from 4,520 thousand to 4,419 thousand. Overall, the data was clearly pleasing. However, the market simply ignored macroeconomic statistics, even the important ones: inflation and retail sales. Still, we can say that there is an accumulation of this critical mass of this very data, and investors have changed their attitude. However, it is very likely that it’s just a speculative hype. This means that any movements are still purely speculative, and are still far from reality. It is only when the pound starts to further weaken that we can say that the pound is starting to behave again according to the real conditions. So, if the pound continues to decline today, it will be possible to talk about a correction and equalization of imbalances. However, there is a risk that the speculative hype did not disappear, and this was just a small profit-taking part of the speculators.

After moving at the high of the upward trend for quite some time, the GBP/USD pair still managed to slightly correct the quote of the overbought pound in the market.

A decline of more than 200 points has already brought us back below the psychological level of 1.4000, but this may be just the beginning due to the high degree of overbought.

The dynamics in the market signals an acceleration, which is confirmed by the movement’s structure and market participants’ speculative mood.

Based on the quote’s current location, traders are seen approaching the lower border of the psychological level 1.3950/1.4000/1.4050, which may lead to the pound’s further weakening.

Considering the general trading chart, the daily period, one can see that the quote is at the peak of the trend even after the current pullback.

An alternative scenario of market development considers amplitude fluctuations along the range of the psychological level.

From the viewpoint of comprehensive indicator analysis, it shows that the indicators of technical instruments on the minute and hourly time frames has a sell signal due to the pullback stage from the high of the trend. In turn, the daily time frame still follows the course of the medium-term trend. 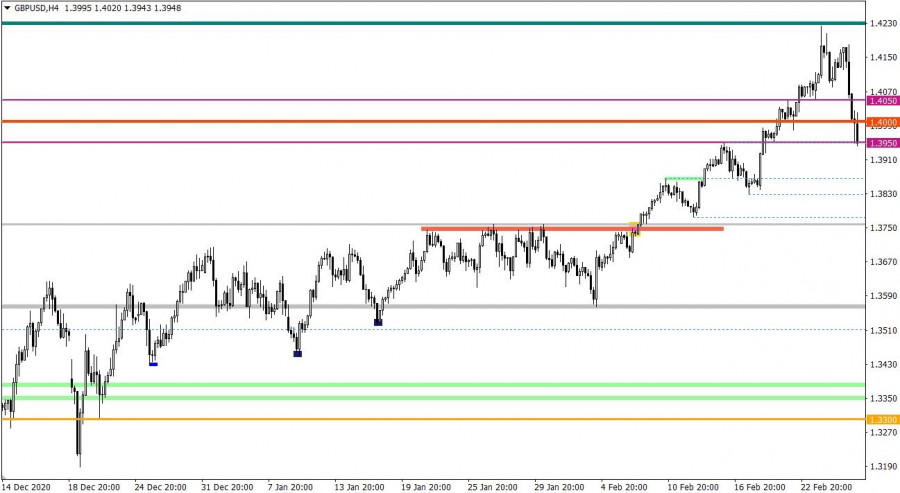 Saxo Bank: Oil prices to fall due to COVID-19 mutation

An Exclusive, Black-Owned Travel Social Networking Community Launches in May