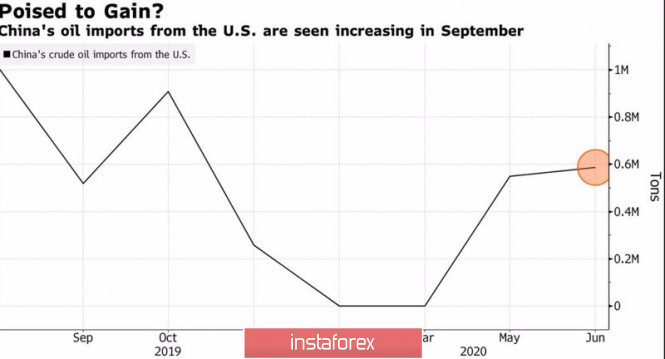 The oil market has always been dependent on politics. It used to be said that the price of black gold will change if the Prince of Saudi Arabia sneezes. In 2020, Donald Trump put an end to the oil war between Moscow and Riyadh. Currently, China is increasing purchases of American energy products, although it has its own reserves in excess, which suggests that there is no policy here either. Finally, Joe Biden’s victory in the US presidential election may cost the “bulls” on Brent and WTI dearly. The Democrat’s slogan “make America great again!” suggests a variety of environmental programs, including an active shift to electric vehicles, which could seriously hit global demand for oil and petroleum products.

According to OPEC estimates, global demand for black gold in 2020 will be 90.6 million b/d, which is 9.1 million b/d lower than in 2019, and 9.1% less than in the previous forecast of the authoritative organization. The cartel also lowered its estimate of a reduction in global GDP from 3.7% to 4%. The IEA paints an equally bleak picture: the forecast for global demand was lowered by 240 thousand b/d to 97.1 million b/d, which is about 3 million bd below the pre-crisis level. Both the International Energy Agency and OPEC link the dynamics of oil consumption to the dynamics of the global economy, citing, among other things, the growing number of COVID-19 infections in the United States. Nevertheless, the market is looking at US stock indices that are ready to rewrite historical highs, and believes that everything will be different. This cannot but affect Brent and WTI. The North Sea variety is confidently holding near the upper limit of the consolidation range of $ 39-46 per barrel.

Investors hope that in fact everything will turn out to be much better than the IEA and OPEC forecast, including due to Beijing’s active increase in purchases of American energy goods. Vortexa estimates, based on pre-booking tankers, that 14 million barrels will be loaded in September, twice as much as in August.

There is an opinion in the market that such activity of the Middle Kingdom is due to politics, because it still stores large reserves of black gold, and the prices of the United States and its Middle Eastern competitors do not differ much.

As for the supply side, the fulfillment of OPEC+ commitments to reduce production by 95-97% in July calmed the financial markets. Given the decline in the number of drilling rigs from Baker Hughes to a 15-year low, the decrease in US oil reserves for 3 consecutive weeks and the weakness of the US dollar, the “bulls” for oil can sleep well. It seems that nothing is threatening them yet, and the probability of Brent going beyond the upper limit of the medium-term consolidation range of $ 39-46 per barrel looks more preferable than the chances of breaking the lower limit.

The strategies described in the previous article for bringing the North Sea variety to the surface at the level of $ 45 work. A successful assault on the resistance at $ 46 per barrel will allow you to increase long positions. The target is still $ 51, where the target is located at 78.6% for the “shark” pattern.

US stock market rises on Friday

EURUSD breaks out of bullish channel

Connecticut Is The First State To Require Black And Latinx Studies...

Technical Analysis of ETH/USD for January 20, 2021

GBP/USD. January 8. COT report. On the agenda: Nonfarm Payrolls and...

BTC analysis for December 02,.2020 – Potential for the upside continuation...