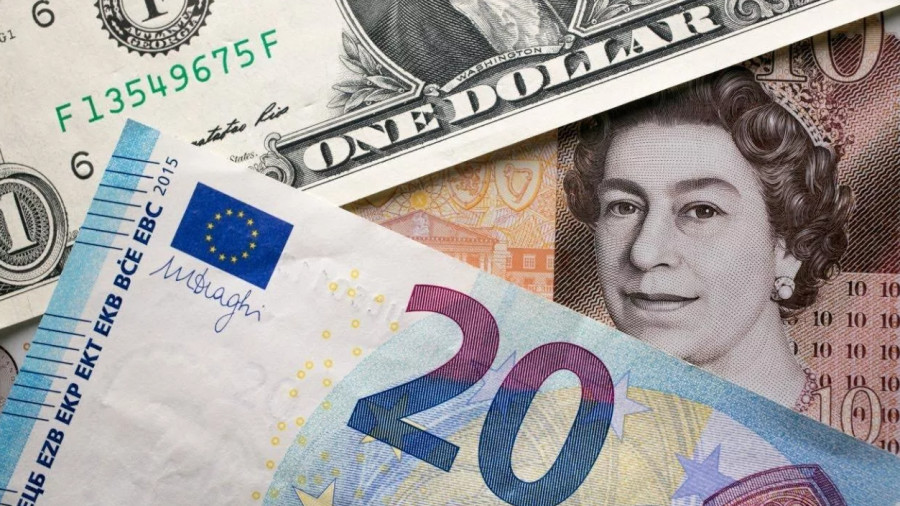 Pound faces off against the dollar and euro

Long positions on the pound have increased. There is hope for bullish sentiment on the sterling, but as the dollar sweeps everything in its path, heading for higher levels, this scenario is not destined to come true yet. There was a breakthrough of the strong support level of 1.3755 in the GBP/USD pair, which opened the way to levels 1.3707 and 1.3680.

Credit Suisse expects further corrective weakening for this pair. First, the price will retreat to the area of 1.3640. After its breakthrough, “the support levels of 1.3567, 1.3530 and 1.3456 will come into play,” analysts write. Over time, if the dollar continues to strengthen, speculators will aim for 1.3300.

Despite the steady decline against the dollar, the pound continues to trade confidently in cross-pairs as it is supported by the successful vaccination campaign in the UK. The most attractive one is its growth against the euro.

The EUR/GBP pair has declined by 5% since the beginning of 2021, due to both the strengthened pound and the cheaper euro. According to analysts, the UK currency will continue to dominate the European one in the coming sessions. The slow pace of vaccination in the eurozone will worsen the prospects for the recovery of the bloc economy. Lockdowns are being tightened in a number of regions.

Meanwhile, data on the growth of positive sentiment and business optimism in the euro zone were published on Tuesday. An improvement was recorded in all sectors of the economy – in Germany, Spain, France, and Italy. However, despite the optimistic figures, the tightening of the quarantine is likely to lead to a drop in the eurozone’s GDP in the first quarter.

Today, traders also paid attention to the publication of the harmonized index of consumer prices in Germany. This indicator is used by the European Central Bank to assess the level of price stability, and therefore is very important for market players. The indicator was released in accordance with the forecast. Positive data may strengthen the euro in the short term.

However, the euro will remain vulnerable in the near future, also against the pound. Thus, the EUR/GBP pair may test the support level of 0.8500 again.

Macro data for both the UK and the eurozone will be released on Wednesday. If there is an acceleration in inflation in Europe, as analysts predict, it will be primarily due to higher energy prices. It is unlikely that this will affect the ECB’s policy and further plans for an extra soft policy.

The UK will release the final estimate for the growth rate of the economy for the fourth quarter. The pound will react to this report if it goes beyond the forecast value. An indicator worse than the previous estimate will weigh on the British currency.

If you look at the EUR/GBP pair’s movement, then you would currently see a pronounced downward trend. There are no grounds for breaking the bearish trend yet.

GBPUSD and EURUSD: Pound’s inflation and Investors’ reaction on the Fed...

EURUSD breaks support and reaches our short-term pull back target.