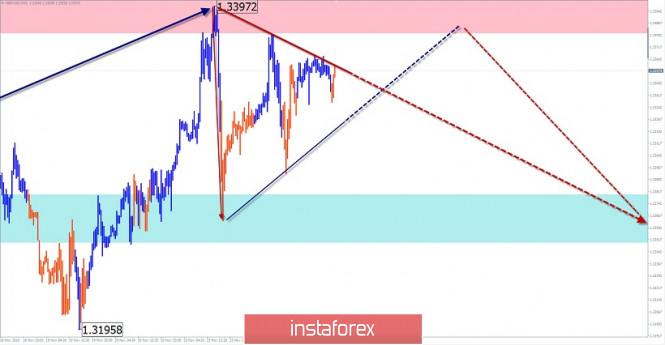 The current intraday trading wave on the British pound chart is ascending, from September 10. A correction has been secretly forming in the structure of this wave since October 21. It has the wrong kind of structure. It lacks the final part (C). Quotes have reached another large-scale resistance zone.

The price is expected to move between the nearest zones in the next 24 hours. After an attempt to put pressure on the resistance zone, a reversal and a decline to the support area is expected.

until the entire correction is completed, trading on the pound market may be risky. Short-term purchases with a reduced lot are possible during the sessions.

The direction of the price movement of the Japanese yen is set by the downward wave from November 9. In its structure, the average correction part (B) is nearing completion. Quotes are located at the lower border of the zone of a potential reversal of a large TF. The downward section that started yesterday has a reversal potential.

In the next 24 hours, the current price rise is expected to end, the formation of a reversal and the beginning of an active price decline. If the exchange rate changes, a short-term puncture of the upper limit of the resistance zone is not excluded.

There are no conditions for purchases on the yen market today. In the area of the calculated resistance, it is recommended to track signals for selling the instrument. 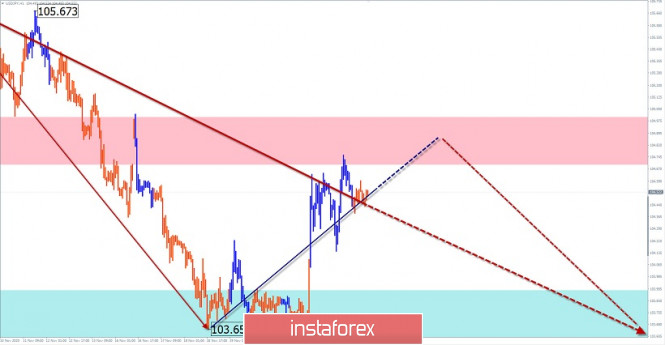 Note: The wave algorithm does not take into account the duration of tool movements in time!

Trading recommendations for the GBP/USD pair on October 13

EURUSD has reversed from first resistance, potential for drop!

Tips for Investing in an Election Year

How AARP Resources Help African Americans Manage Their Finances During the...