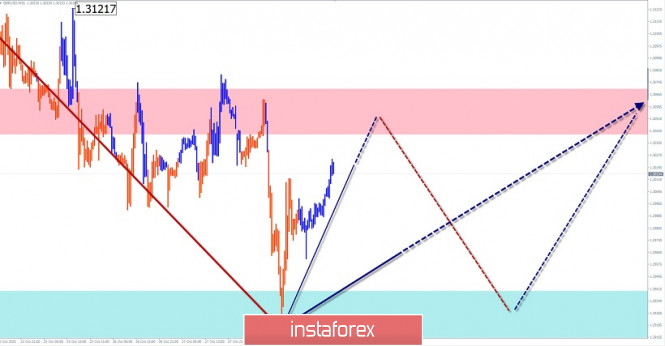 Simplified wave analysis and forecast for GBP/USD, USD/JPY, and EUR/JPY on October 29

Since October 21, the rate of movement of the British pound sterling is set by a downward wave. It corrects the previous bullish trend wave. The price has reached the upper limit of the preliminary target zone. The upward movement that started yesterday has a reversal potential.

Today, the pair’s price is expected to move in the side corridor between the nearest counter zones. After attempts to put pressure on the resistance zone, you can expect a change of course and a repeated decline in the support area.

British pound will be interesting for trading today only for intraday supporters. It is recommended to make deals with a reduced lot, according to the expected sequence.

The active depreciation of the Japanese yen in the main pair in recent weeks exceeded the correction level in the calculated upward wave. Thus, the updated markup shows an incomplete bearish wave from October 7. In its framework, an incorrect correction is formed from the 21st day. It lacks the final part.

The probable range of price movement today is limited by counter zones. At the European session, there may be repeated pressure on the support zone. The active growth phase of the exchange rate can be expected by the end of the day or tomorrow.

In the conditions of the upcoming flat, trading the yen may be risky. It is safer to wait for the end of the price rise and look for sell signals at the end of it. 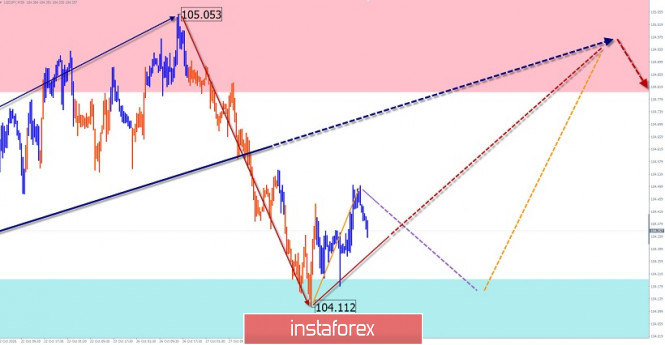 The incomplete bearish wave on the chart of the cross of the Japanese yen to the euro counts down from August 13. Its last section on the main course started on October 9. The structure shows a clear zigzag. Now the final part is being formed.

In the next trading sessions, you can expect a continuation of the bearish rate. In the European session, a short-term price rise is possible, not above the resistance zone. Calculated support runs along the upper border of the preliminary target zone.

There are no conditions for purchases on the pair’s market today. In the area of resistance, it is recommended to track the reversal for selling the instrument. 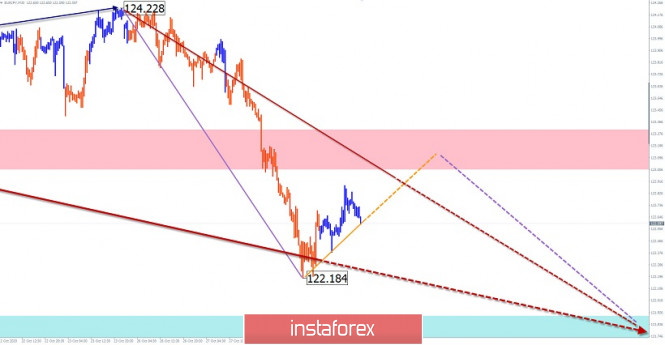 Can PayPal stock continue its near 100% run higher?

Stock markets will collapse and USD will rise if US stimulus...

Bitcoin reaches record high for the first time since 2019

Analysis of GBP/USD on September 11. European Commission warns Britain against...

Technical analysis of GBP/USD for January 25, 2021

Your 2021 Goals: Here’s The Trick to Get Back on Track

Technical Analysis of GBP/USD for January 28, 2021

Is USD/CHF Ready To Reverse?