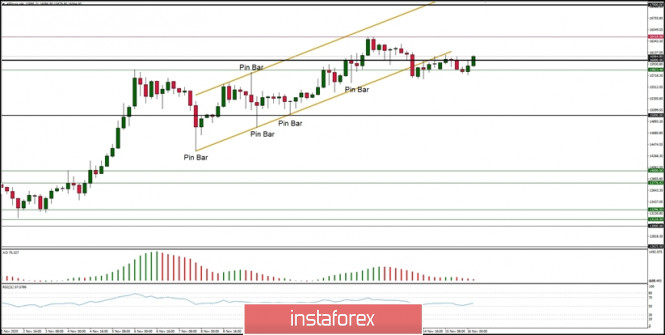 Technical Analysis of BTC/USD for November 16, 2020

The basis for comparing bitcoin with gold, according to Fitzpatricks, is monetary inflation and the devaluation of the dollar:

“Bitcoin was born in the wake of the Great Financial Crisis (2008) which brought a new shift in the monetary regime as we reached zero interest rates.”

Fitzpatrick pointed out that this resulted in the first Bitcoin bull cycle (2011 to 2013) when its value increased 555 times.

The current COVID-19 crisis and the associated government monetary and fiscal response create a similar market environment to gold in the 1970s. Governments have made it clear that they will not avoid unprecedented money printing until GDP and employment rates return to normal.

Fitzpatrick did not stop there. His Bitcoin price projection chart shows a value of $ 318,000 through December 2021.

The BTC/USD pair has been seen trading in a narrow range located between the levels of $15,834 – $16,072 during the weekend. The market volatility has decreased, but the price of Bitcoin is still above $15,000 despite the recent fell out from the ascending channel. The intraday technical support is seen at the level of $15,651 and the technical resistance is now a swing high located at $16,418. As long as the market trades above the level of $15,000 the outlook remains bullish.

Bitcoin is trading at the yearly highs and bulls are in control of the market. The up trend continues and the next long term target for Bitcoin is seen at the level of $16,000, so any correction or local pull-back should be used to open the buy orders. This scenario is valid as long as the level of $10,000 is broken.

Technical Analysis of GBP/USD for December 31, 2020

How to Analyze Your Marketing: Google Analytics Strategy