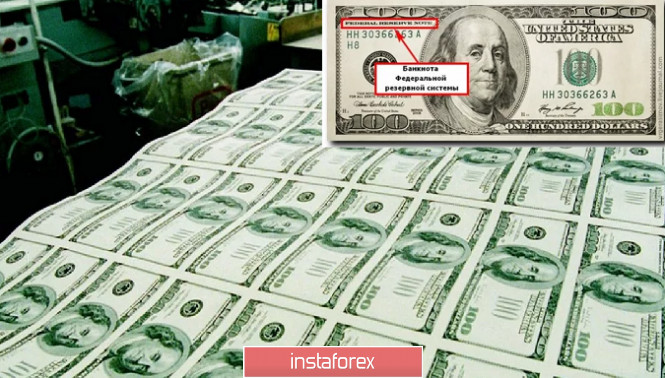 The Fed is straying very far from its original charter

Back in 1913, the Federal Reserve Act gave the Central Bank the right to act as a lender to financial institutions. If the bank runs into trouble, it can approach the discount window and exchange government debt with a 100% guarantee for fed loans at a big discount. This process defined much of the Fed’s role for the next decades.

However, in 1933 and 1971, two historic events occurred. The first one is the FDR Order No. 6102, which confiscated gold from private hands, thereby helping pave the way for Nixon to end the Bretton Woods system in 1971. Such completely separated government money from gold, allowing it to create new money through executive orders.

Then, in 1978, the Full Employment and Balanced Growth Act (also known as the Humphrey-Hawkins Act) was signed into law. Here, the Congress directed the Fed to ensure maximum employment in a stable price environment. The Fed’s fiat money was no longer used to bail out banks in trouble. Instead, the central bank was now tasked with printing money until the unemployment rate fell so low that it began to cause volatile prices.

That was only the beginning.

The Fed was also held responsible for preventing a sharp drop in stock prices under the pretext that any bear market will automatically lead to higher unemployment. That was to ensure that the bull market never ends.

Of course, since stocks and real estate are both assets, this mindset also applies to the value of homes should they ever be threatened.

Thus, unsurprisingly, in 2008, the Fed rushed to bail out real estate prices, which began to fall sharply. Unfortunately, they weren’t able to prevent residential property from falling by more than 30%, but they were able to ensure that it will not fall below and stay low for a long period of time.

Afterwards, in 2017, the Fed officially changed the definition of stable inflation prices at 2%.

But since this new definition was not deemed sufficient to keep assets afloat, it officially changed its inflation target to its minimum in 2020. A stable price now meant that consumer price inflation had to rise above 2% for some time, in order to compensate for the duration that it was below the target level.

The Fed’s invasion of freedom and the usurpation of the free market did not end there. In the wake of the Wuhan virus, Jerome Powell officially supported corporate debt in both investment and junk ratings.

The Fed seems to think it has the “tools” to cure any disruption in the economy or markets. Thus, incredibly, it is now “curing” pandemics by printing money indefinitely. The trouble is, this $ 120 billion a month counterfeit treatment scheme turned out to be worse than the disease when it comes to destroying the middle class.

Now, the government is trying to impose another pernicious mandate on the Fed: racial equality. We already know that the Fed believes it can stave off recessions, create permanent bull markets and fight viruses, but it may soon try to resolve past racial injustices. It seems the Fed has strayed very far from its original charter of being a temporary lender.

In the summer of 2020, Democrats introduced a bill called the Federal Reserve Racial and Economic Justice Act. If passed, the law would require the Central Bank to act to “minimize and eliminate racial inequalities in employment, wages, wealth and access to affordable credit.”

If the Senate goes to Democrats, this Racial and Economic Equality Act will be passed shortly thereafter, and a universal income law will be passed. Of course, most of the money will go to non-white communities.

Consequently, Powell may soon be tasked with continuing to print money until an egalitarian society becomes apparent. As mentioned, the main problem here is that the poor and minorities are hit hardest by the Fed’s printing of money. This is because they are the most affected by rising consumer prices and the least to benefit from rising asset prices.

Therefore, the law will only widen the gap between the races, not narrow. Then, the Fed is going to keep printing money, making this problem even worse.

Good employment report did not help the US market rally on...

Bucket List: Top 15 Best Things To Do in Ipoh, Malaysia

COVID-19 vaccine data has been unlawfully accessed in hack of EU...

What is our next Bitcoin target?

Forecast and trading signals for GBP/USD on January 13. COT report....

Is AUD/USD Poised To Decline?

21 Black-owned Products You Need In 2021 and Beyond

EUR/USD: plan for the American session on October 15 (analysis of...

Euro Continues to Soar as the British Pound Weakens Amidst Uncertainty